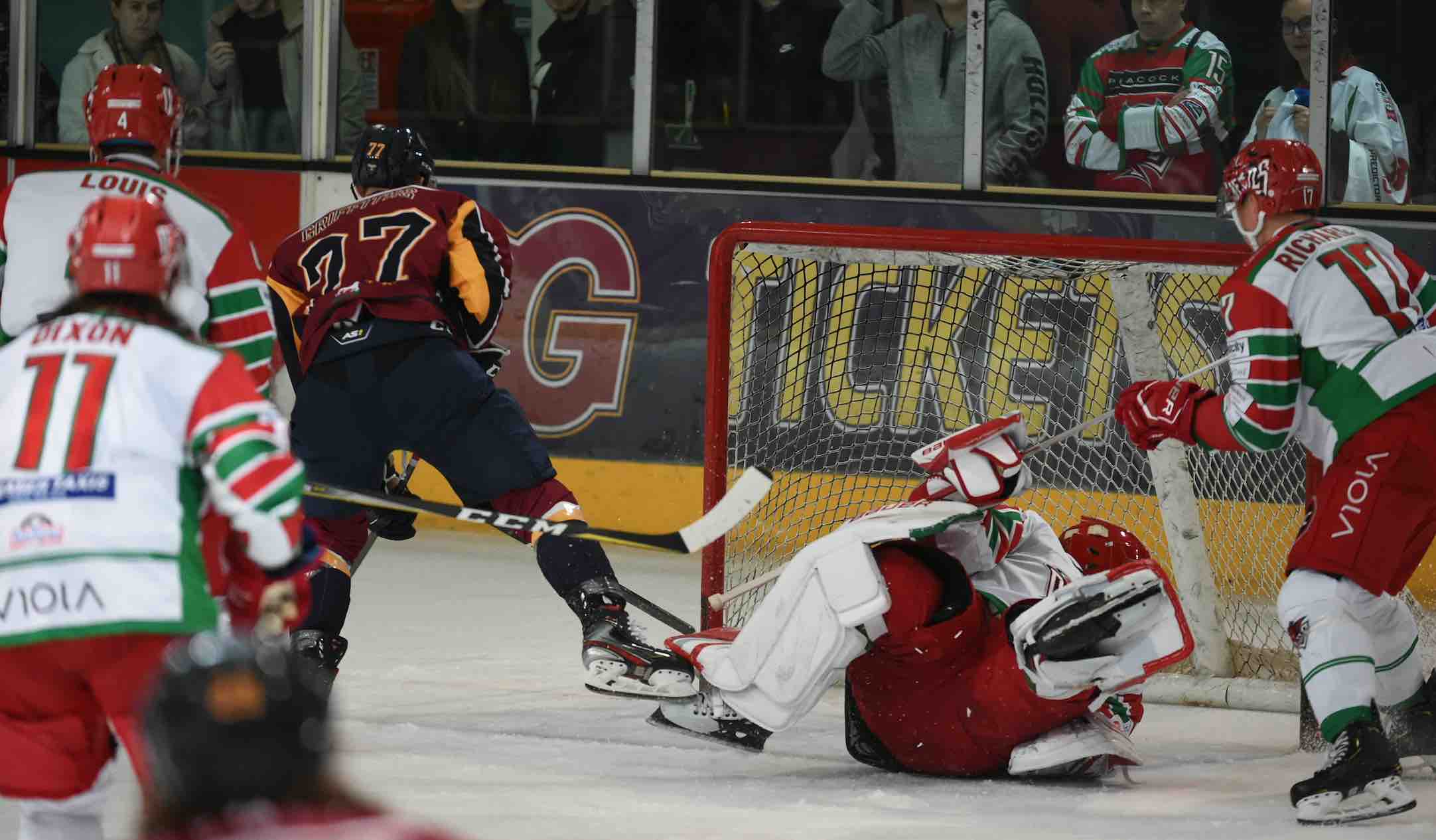 Both are Cardiff-born former Devils players.

Captain Joey Martin and his team put Flames under intense pressure at time, but goalie Travis Fullerton and his skaters stood tall and held on.

The teams meet again at the Viola Arena in Cardiff Bay this afternoon (4pm) before Devils entertain Coventry Blaze, also in the Challenge Cup, next Wednesday (7.30pm).

“We need a better start, better execution and to stay out of the box,” said Devils head coach Andrew Lord. “At the end of the day it’s about every guy doing their job – they know what they need to do, it’s just a matter of going out and doing it.”

Guildford are almost assured of their place in the quarter-finals, but two of the three teams go into the last eight.

“Cardiff will be a wounded team after losing,” says Guildford coach Paul Dixon. “We know it’s a tough place to go, and they’ll be raring to go so we need to be ready for that.”

Home goalie Travis Fullerton made 29 saves, while their goals were from Canadian D-man Jordan Rowley and Griffiths.

Guildford went ahead when Rowley fired home from the top of the circle on a powerplay in the seventh minutes, while Mike McNamee levelled the score, again on the powerplay, after 17-22.

In the second period a delayed penalty to Devils give Flames a sixth skater and Griffiths netted at 36-02 before a scoreless third earned victory for the home team.

“We are thrilled to stay in the top of the group,” said Dixon.

“Travis (Fullerton) played an outstanding game and when we were under a great deal of pressure we were able hold strong against a really good team and do a lot of little things to limit what they were able to do in our end.

“We will play them again on Sunday and after a loss they are going to be fired up to play us again at home. We are going to need to be ready.”

Kruise Reddick was struck by the puck and Dixon said: “He was hit in the ear. Kruise was going to come back in, but we made a decision to ensure he was going to get attention.

“The full force of the shot hit him in the head and it is better to be safe with that kind of thing than let him go back out there.  “We are hopeful it will be relatively short term.”

The final period saw one referee go off injured and he was replaced.

Cardiff pulled Ben Bowns for the extra skater, but despite a late powerplay there was no way through for the Welsh side and Guildford held on for a 2-1 win.