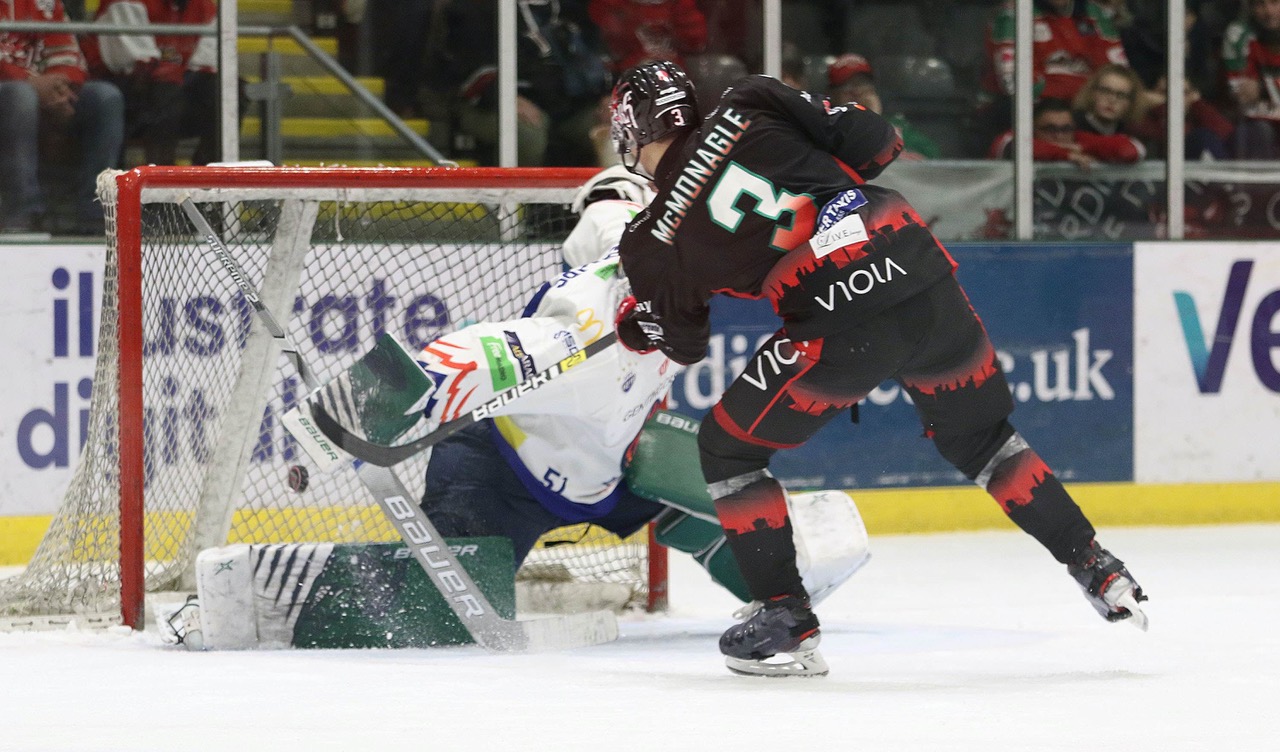 Cardiff Devils are looking to start building momentum in Scotland this weekend.

They take on Fife Flyers and Dundee Stars away after a wobbly start to the new ice hockey season and coach Andrew Lord says: “We have two extremely tough games in Scotland.

“Our win against Coventry will give us a shot of confidence, a little mojo, but we still have to clean a few things up and make sure we’re better.

“We’ll have to be this weekend to be successful against two really dangerous teams.”

Devils can now put Champions League and Challenge Cup group fixtures out of their minds and focus on Elite League success.

Lord’s men are out of the CHL despite winning three of their six matches, while they have qualified for the cup quarter-finals following a penalty shoot-out victory against Blaze.

Devils will again be without suspended Sam Jardine in Fife because he is serving the final game of his two-match suspension and Lord will have to rest one other import. Forward Matt Pope sat out the midweek win.

Lord tweaked his defensive pairings with Gleason Fournier and Sean McMonagle linking up, while British D-men Mark Richardson and Josh Batch teamed up.

The third pair, in the main, were Mark Louis and Bryce Reddick.

“We have looked are that Fournier/McMonagle pairing at times,” said Lord. “Fournier and Richie are excellent together, but we thought about spreading out a few things.

“It wasn’t a straight six and Fourns was double back a fair bit.

“It was tough missing Sam Jardine, but Batch had one practice and was in there. Great guy, great utility player.”

Devils are likely to play Belfast Giants in the Challenge Cup last eight – other teams have first pick of opponents and are unlikely to select either – but they have avoided a play-off.

That battle for the last eight place will surely feature Coventry Blaze against Manchester Storm or Nottingham Panthers.

Lord was happy with the 5-4 win against Blaze at Cardiff’s Viola Arena, after sudden death overtime and penalties, while he was far from satisfied with the team performance.

“I’m really proud of the guys,” he said after Devils hit back from three goals down. “That’s why you get involved in team sport.

“It’s been a wild ride for the first couple of months this season. We’ve learned a ton of lessons. This is a big weekend.”

The next home fixture for Devils is against Sheffield Steelers on Saturday, November 9 (7pm).

Dundee Stars and Glasgow Clan have agreed the dates with the Elite League for their Challenge Cup last eight games.

Dundee Stars finished the Challenge Cup with the best overall record of any team and had first choice of who to face in the quarter-finals.

In requesting to make their pick before the conclusion of the Group Stage, Stars agreed to give up their right to playing the second leg at home.