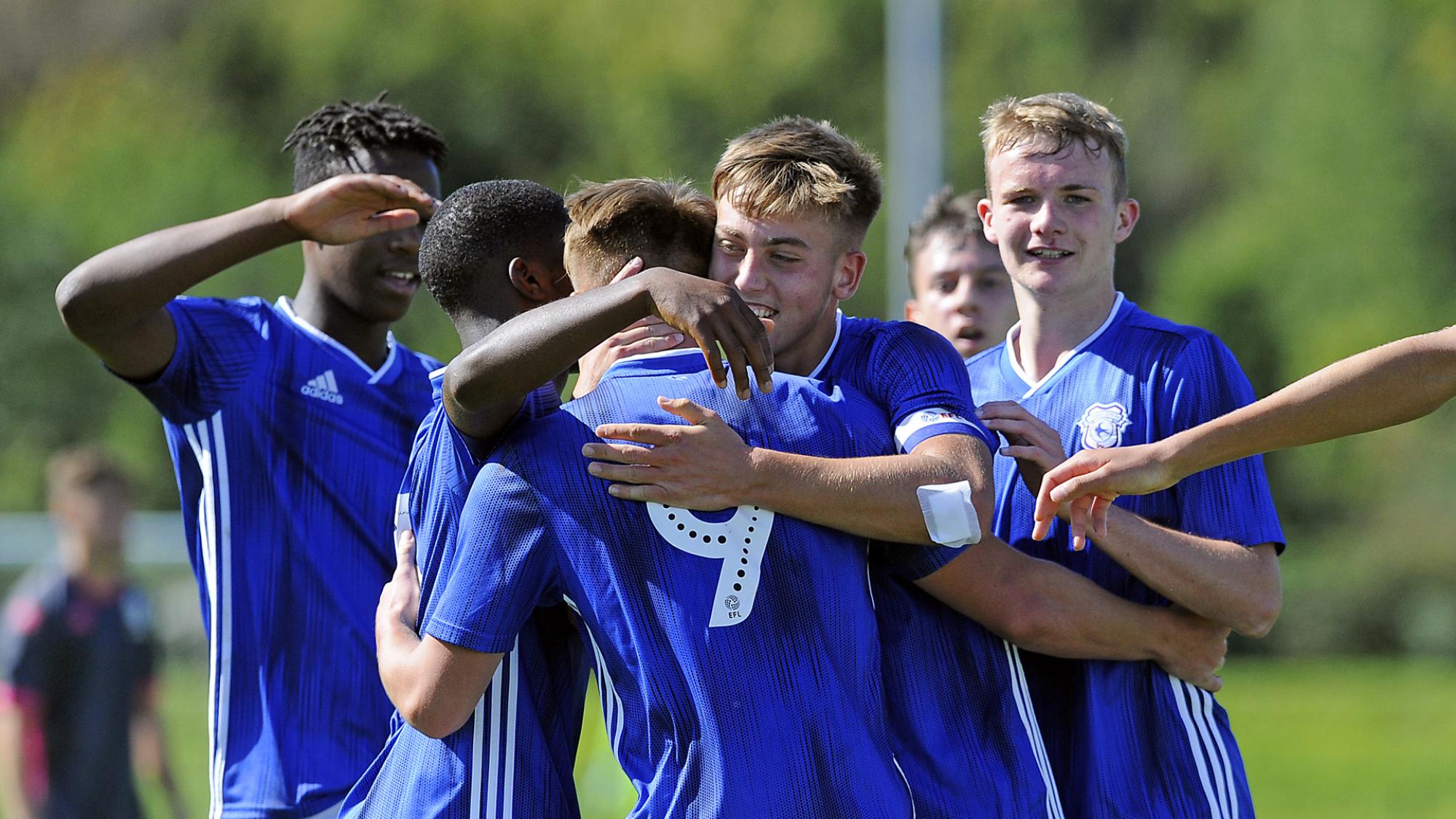 The young Bluebirds were in seventh heaven after a storming Professional Under-18 Development League win against Colchester United in Essex.

Cardiff City fought back from a goal down to win thanks to goals from Kieron Evans (2), Siyabonga Ligendza, Josh Rippon, Isaak Davies, Sam Parsons and substitute James Crole.

It was a convincing win for coach Matthew Bloxham’s team, who have an exceptional record against the U’s from Essex. Cardiff have not lost against Colchester at this level since 2015, winning eight successive matches between the two clubs.

City started in style at Florence Park and attacking with real intent, scoring after 23 minutes when Wales under-19 international Evans fired into the bottom right-hand corner.

Colchester, who are above Cardiff in the table, equalised through Tom Stagg, who fired past goalkeeper Bradley Stewart from close-range.

The Bluebirds then then went a goal down on the half hour when Chris Forino-Joseph netted with a well-placed header.

Cardiff pressed forward and were rewarded when Ligendza headed home after 42 minutes.

Rippon headed City in front from Evans’ pin-point corner just before half-time and, almost immediately, moments later, Davies rounded off a superb first half fightback by scoring after 45 minutes.

Forino-Joseph netted his second goal of the match in first half injury time to make it 4-3 at the break, but Cardiff dominated the second 45 minutes.

Evans scored his second of the match on 51 minutes with a shot from edge of the box and Parsons made it 6-3 by shooting into the bottom left corner on 83 minutes.

It was substitute Crole who completed Cardiff’s win with their seventh goal on 87 minutes.

The next match for the young Bluebirds at under-18 level is at home against Coventry City on Saturday, November 23.