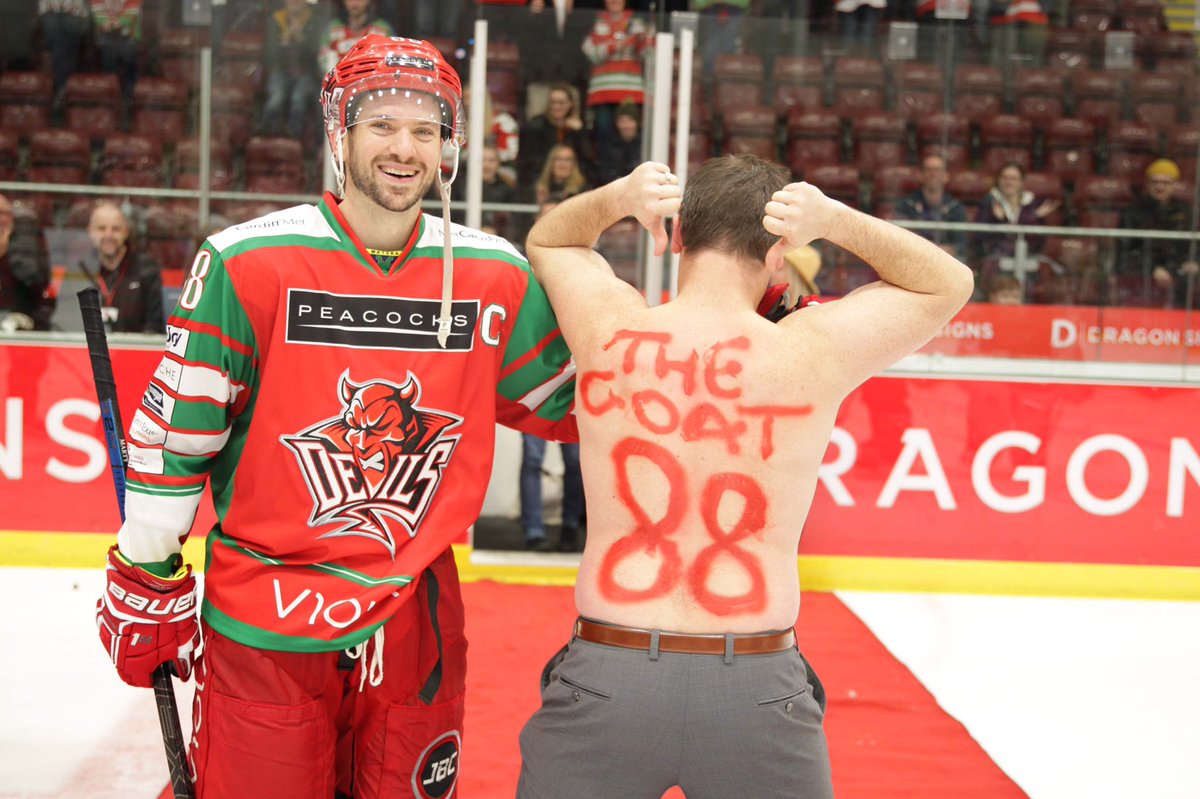 Bring on the Giants. Cardiff Devils were the only team in Elite League to earn four points over the weekend – and they have moved menacingly into second place with games in hand.

They now face a double-header against Belfast Giants in Cardiff Bay next weekend.

New signing Shaone Morrisonn made his Devils debut, played alongside Sam Jardine, and added strength, composure, high quality skating and a cool head to the proceedings.

Devils dominated the match, outshooting Flyers 51-19, and this was a first shut-out of the season for goalie Ben Bowns.

Fife supporters gave match officials, including referees Matt Rose and Blake Copeland, verbal stick in the Viola Arena bar when they went for a drink and that is unacceptable.

One fan – only one – shouted ‘cheat’, but several others joined in with jeers.

Cardiff, though, completely dominated the match and could have won by far more than three goals.

Netminder Adam, Morrison was magnificent in goal for Flyers and was named man of the match, but those Flyers fans let their team down badly.

There was a poor call which left Fife facing a 5v3 powerplay, but the way the visitors lost their discipline let them down badly.

Fife won 5-01 in Scotland when these teams last met and Devils were fired up for the return with Stephen Dixon at the heart of a major team performance.

The third period showing was, without doubt, magnificent, and Flyers crumbled.

All three goals were scored in the final period, all on the powerplay.

The game was scoreless for almost 50 minutes until Joey Martin converted on a 5-on-3 at 49-04 to break the deadlock.

Just under two minutes later Stephen Dixon scored from close range to double the Devils’ advantage with Matt Pope hitting the third goal from the point at 54-41.

They now play Belfast Giants next weekend, hosting them on Saturday, November 23 (7pm) and then 4pm the next day.