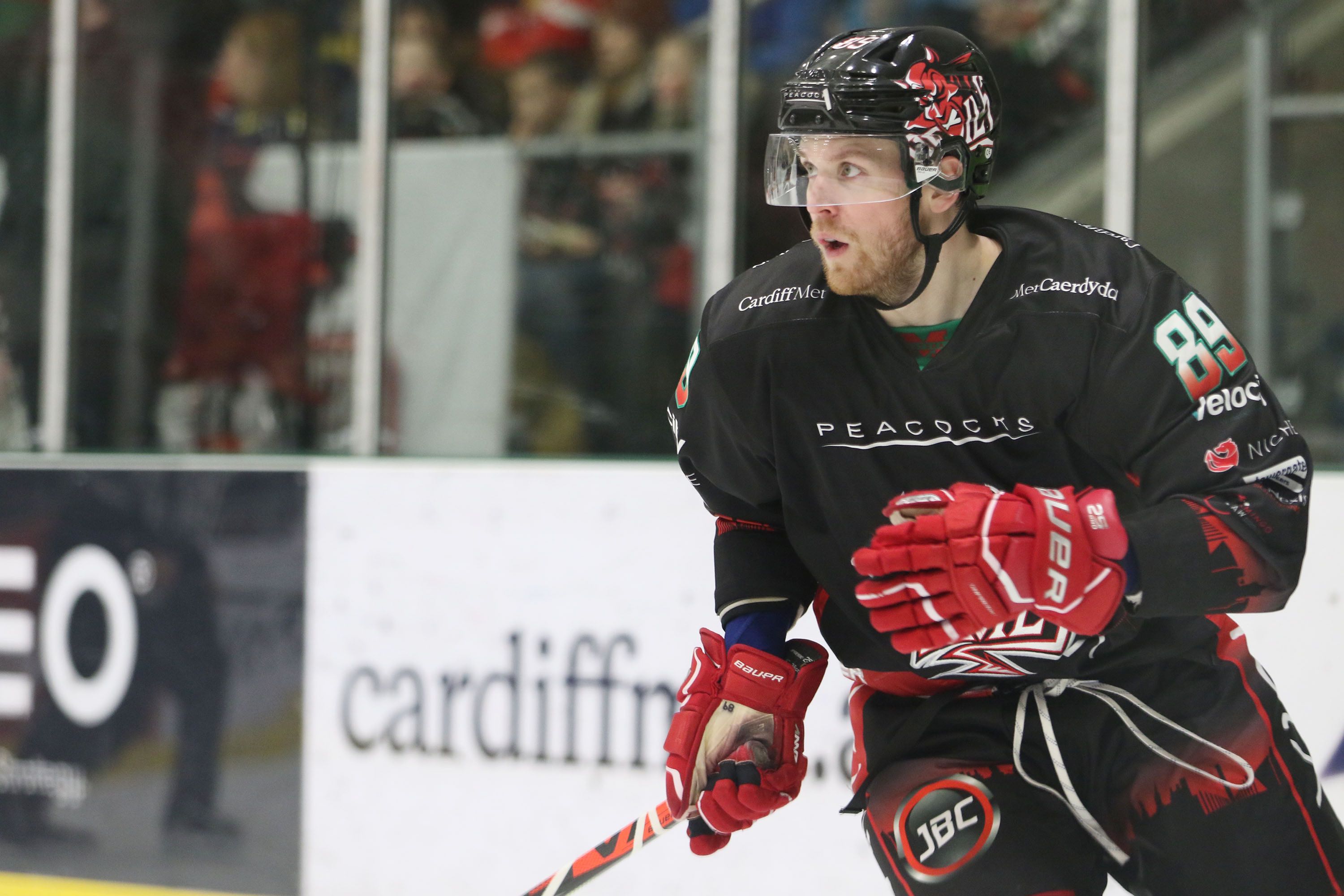 Cardiff Devils’ Viola Arena was buzzing last night. Adults and children were dancing and singing to the beat of Welsh rock band Jo90 and the atmosphere was upbeat in the main bar.

That was surprising after Cardiff suffered a 4-1 home defeat against rivals Belfast Giants, but Jo90 lifted the mood instantly when they started playing.

The four-piece group played before and after Devils’ Elite League match at the Viola Arena in Cardiff Bay.

Vocalist Chris Keen, who performed pre-game and then pulled on a Devils shirt before heading out to watch the match, stayed upbeat when Giants won 4-1, saying; “Congratulations Belfast, but we’re ready for you in the Challenge Cup quarter-finals.”

That had home fans cheering wildly. Devils lost 4-3, after overtime, on Saturday and 4-1, in regulation time the next evening.

Sheffield Steelers are top after their 8-3 win against Coventry Blaze, but Cardiff are only three points adrift with three games in hand.

Yes, they were poor during the first game in the double header, while they were much improved in the second match.

Devils stormed back from three goals down in Saturday’s clash to earn a point after making it 3-3, but lost to a breakaway goal in overtime.

Giants won 4-1 in Sunday’s clash. Four points to Belfast, one to Cardiff.

The teams meet again in the Challenge Cup quarter-finals, a tie decided over home and away legs.

Devils’ message, delivered by Jo90, is clear: “Giants, we’re coming for you.”

Cardiff won the Elite League play-offs championship last season by beating Belfast in the final and there is an awfully long way to go in 2019-20.

For me referees Tom Darnell and Dean Smith were far too prominent. Fans do not want to go away from game talking about referees, but that’s what happened on both nights.

The officials have a difficult job, but, no matter what, they have to be consistent with their decisions.

Giants opened the scoring on a powerplay with Ben Lake scoring at 7-09 with the Devils killing a 5v3 man advantage.

Cardiff scored a powerplay goal to level the scores with Mike McNamee adding the finishing touch on a pass from Matt Pope to tie the game at 14:43.

Giants regained the lead while the teams were skating 4v4, with Patryk Wronka given the goal at 30-01, although a deflection off a Devils’ players stick was decisive.

Then, with 13 seconds left to play in the period, Brian Ward jammed a loose puck past goalie Ben Bowns that had to be reviewed before the referees ruled it a good goal.

At 43-58 Liam Reddox tipped in a shot from Patrick Mullen and completed a 4-1 scoreline.

The next match for Devils is against Steelers away, while Nottingham Panthers visit the Viola Arena in Cardiff Bay on Sunday.