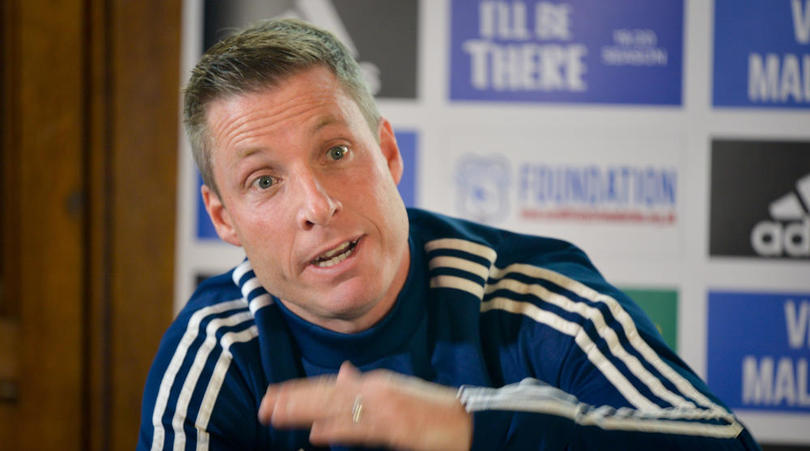 Bluebirds’ manager Neil Harris is determined to give youth a pathway to first team success during 2020.

Harris is involved in talks to appoint a new Cardiff City under-23 manager following the departure of Andy Legg, who had been in sole charge since Jarred Harvey left the club last season.

“I want to work with the next under-23s manager very, very closely,” said Harris.

“We want a free-flowing relationship between the academy and the first team.

“The club is crying out for opportunities for the youngsters to come through. It’s not going to be overnight because of the size of the first team squad.

The teams are out and we're underway at Clarence Park. Come on you 'Orns!

“But over the course of the next six to 12 months I want to see that pathway develop. The club and the fans want to see that as well. If young players are good enough they will be given the chance to play.”

Cardiff’s development team made the trip to Clarence Park, St Albans for their Professional Under-23 Development League fixture against Watford.

The match was watched by Hayden Mullins and Graham Stack, the Watford coaches who have taken charge of first team duties following the decision to sack manager Quique Sanchez Flores.

The 1-1 draw extended City’s unbeaten run to three matches and their next outing is against Queens Park Rangers away on Monday, December 16.

Watford went close to scoring against Ramasut’s Bluebirds when Jayden Bennett’s shot was cleared off the line.

Teenager Aaron Bolger, a talented and technically excellent midfield player, fired Cardiff ahead just before half-time. Sam Bowen, the son of former Bluebirds’ player Jason, played a short free-kick to Bolger and he shot low into the net from 18 yards.

Bolger, signed from Shamrock Rovers after a recommendation by ex-City playmaker Stephen McPhail, is 19-years-old and rated an exciting prospect by Academy coaching staff.

Cardiff held that advantage for a long time in the second half, but Watford equalised when Joseph Hungbo equalised after 83 minutes. He cut inside before cutting inside and curling his shot past goalkeeper Adam Parkes.

The hosts saw a second goal disallowed in injury time, as Bennett once again threatened, this time striking into the back of the net. However, in the buildup to the goal, City ‘keeper Matt Hall had been fouled, and so the goal was disallowed by the referee.

With very little time remaining on the clock, the referee blew to signal full-time once played continued. with each side settling for a point apiece.

The Hornets almost snatched a late winner when they found Cardiff’s net again, but that effort was ruled out because of a foul on goalkeeper Matt Hall.