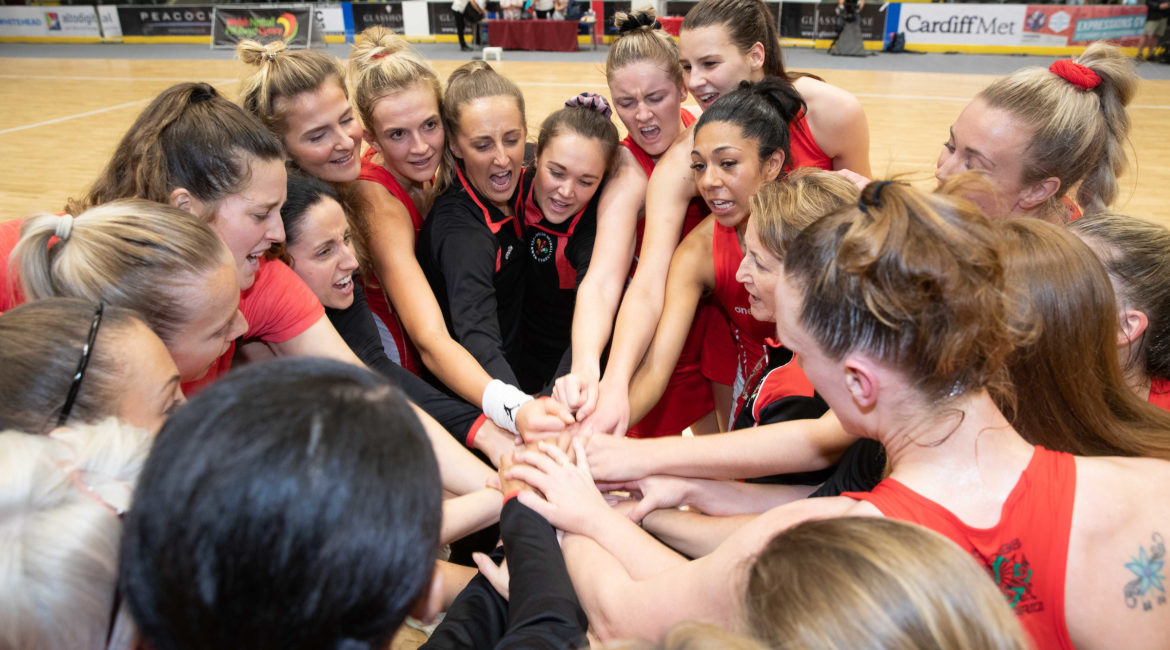 Welsh netball swept into the new decade on a high following their impressive performance at the European Open Championships in Belfast.

New International Netball Federation rankings reveal Wales have consolidated their position in the World’s top 10 and improved by one place to number nine.

Head coach Julie Hoornweg and her Wales team defeated Northern Ireland and Scotland before battling to a dramatic draw against England.

Australian Hoornweg led the Welsh players to their European success before returning home after 18 months in charged.

The new decade begins with Wales’ senior squad continuing to train in preparation for a busy year of international netball and among the major goals is to qualify for the 2022 Commonwealth Games in Birmingham and World Cup 2023 in Cape Town.

The new Wales head coach will design and deliver the senior national programme from 2020 to 2024 and be involved in guiding the future direction of the national performance pathway including selection protocols, training, development and competitions.