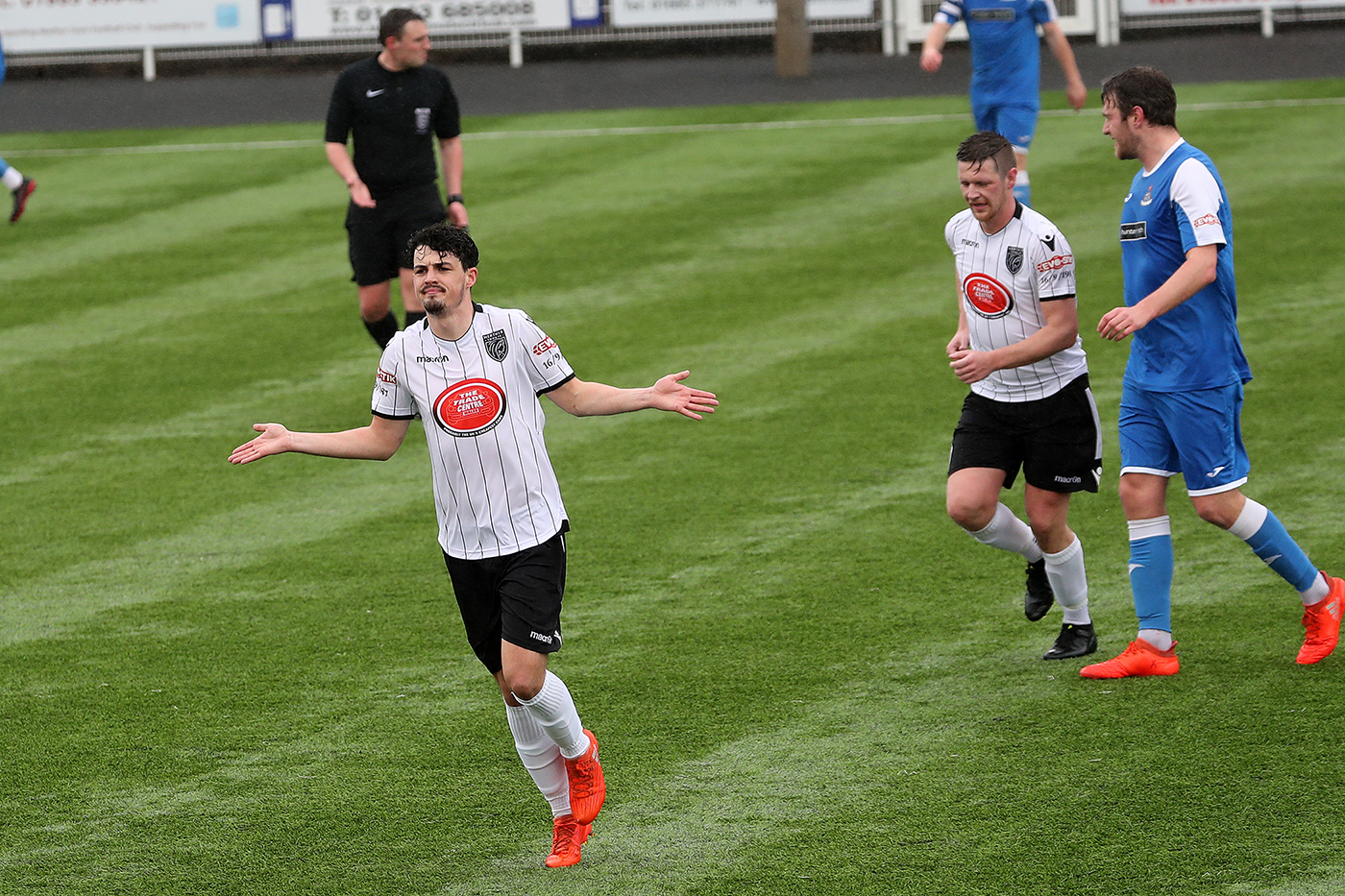 The Martyrs are 12th in Premier South, 13 points behind Taunton Town in fifth place and have games in hand on most of the teams above them.

Two goals in two minutes during the first half earned Merthyr their home win against Farnborough Town in front of more than 400 spectators at the MetCoaches Stadium.

Gethyn Hill scored the first after 26 minutes and Jones added the second soon after. Merthyr were awarded a penalty just after the hour, but Jones’ spot-kick was saved.

“We’ve been playing well lately,” said 23-year-old Jones. “We deserved to win against Farnborough, although we’ve played better at times this season.

“It’s the sign of a good team that we can win 2-0 when we are not quite at our best.

“There has been a big difference over the last month. The squad has come a lot closer and there is a lot less negativity. That shows on the pitch.

“Personally, I’m happy with with my own form. I’m playing good minutes, while the gaffer (Gavin Williams) and Clarkey (Dean Clarke) have been brilliant with me. I’m looking to repay them.

“We have a good run of games coming up and if we can put a run together and creep up the table we can push for the play-offs.

“This group are certainly capable of doing that.”

Swansea-born Jones, who has started his playing career with his home city club, has also played for Yeovil Town and Nuneaton Borough.

The Martyrs started strongly and Hill headed against the bar after a flowing counterattack. Ismail Yakubu then has a powerful header saved.

Man of the match Jamie Veale, a former Cardiff City youth player, set up Merthyr’s opening goal when he made a remarkable before squaring the ball for Hill to score.

Merthyr continued to play flowing football and Jones ended an outstanding passing move, firing into the roof of the net.

The referee waved away Merthyr penalty appeals after Hill was brought down on 52 minutes, while Ian Traylor had a fierce shot pushed over the bar by Farnborough’s goalkeeper.

Jones could have scored a third when Merthyr were awarded a penalty after Traylor was fouled, but the spot-kick was saved.

Hill then fired home in the closing minutes, but that was ruled out for offside.