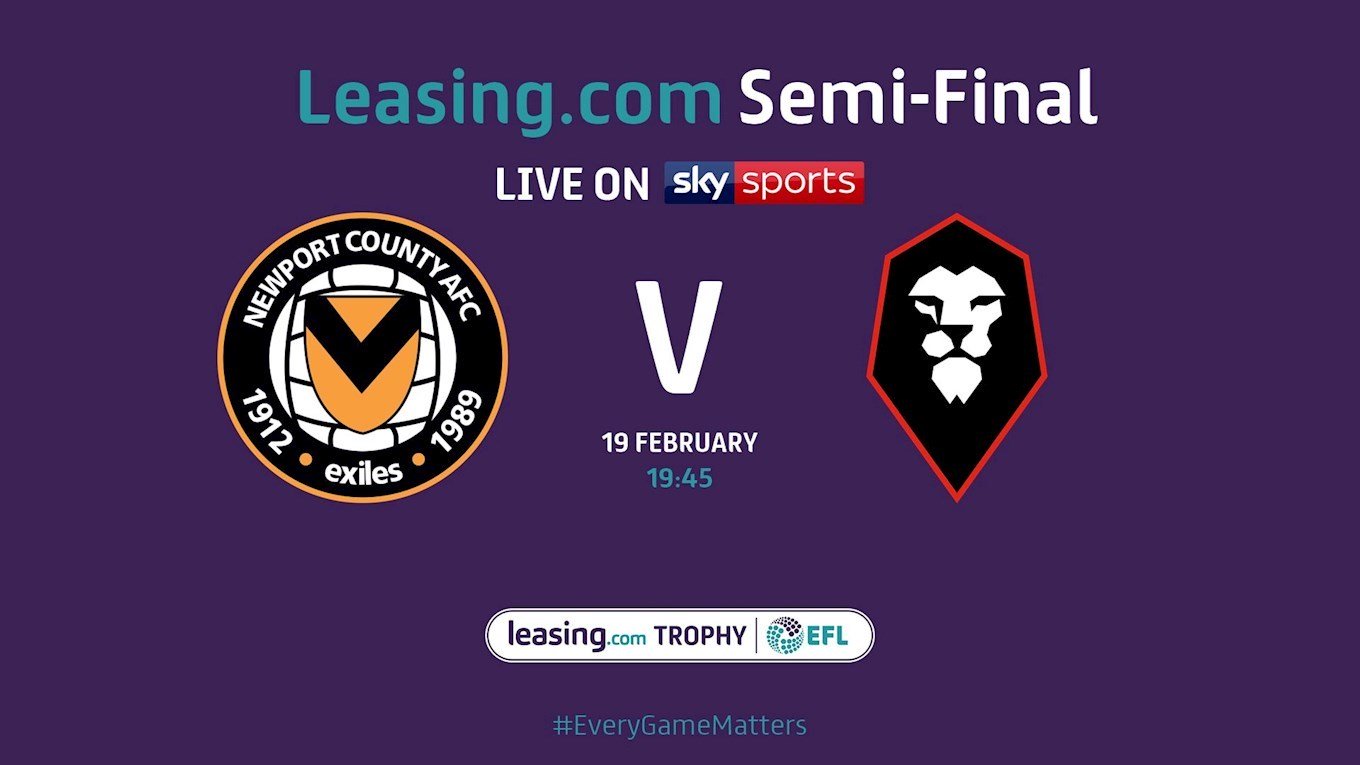 Newport County are firmly focussed on Wembley Stadium. They take on Salford City at home in the leasing.com Challenge Cup semi-final on Tuesday – and the winners will earn a place in the final.

The cup clash could be a welcome break from SkyBet League Two football for manager Michael Flynn and his players following a 1-0 defeat at Mansfield Town.

Portsmouth and Exeter City clash in the other semi-final, while Newport are within reach of a fifth Wembley Stadium appearance in eight years.

Flynn was fed up after County’s 1-0 League defeat against Mansfield at a rain-sodden One Call Stadium.

A first half goal by Danny Rose was enough to earn Mansfield victory and Flynn said: “That group of players just worked their socks off for us. They put in a shift.

“You can never question the commitment.

🗣 | “It’s easy for managers to say ‘the fans were great’ but when they’ve (the #AmberArmy) come up today and probably didn’t even know if the game was on because of the forecast of the storm, I think that’s a fantastic following.”#NCAFC #AmberArmy https://t.co/9ZVN9BZ7Zf

“I will never question their effort. They kept going to the end and that’s a good trait to have.

“We played some good stuff first half and then we’ve gone and given them a goal.

“Rose had a free shot at the edge of the box and it’s killed us.

“There are a lot of positives, but I would have rather had one or two more negatives and grabbed the win.”

Newport were followed to the English Midlands by 111 supporters and Flynn said: “That’s a fantastic following.”

Flynn made three changes from the midweek draw against Walsall. Two were forced with Robbie Willmott replacing the injured Dan Leadbitter and Tristan Abrahams in for Otis Khan, who was ineligible to play against his parent club.

It wasn’t to be for the #Exiles, but we are straight back in @LeasingcomTrphy action this Wednesday!

Flynn was only able to name a five substitutes because of injuries and they included teenage defender Joe Woodiwiss.