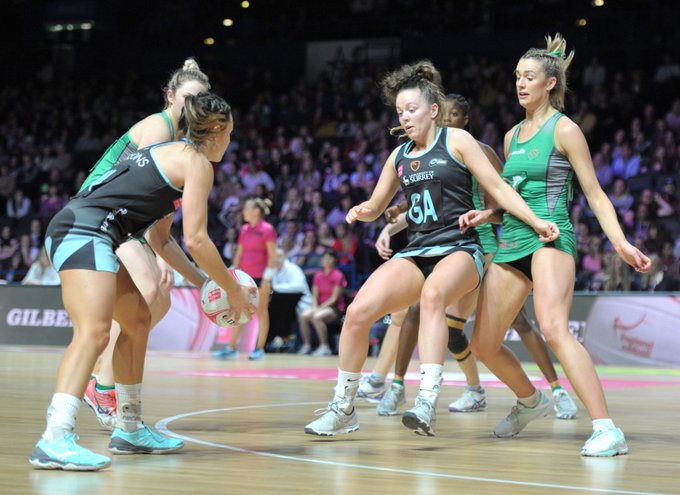 The Sunshine returns for Celtic Dragons when they host Strathclyde Sirens in a Vitality Netball Superleague match in Cardiff on Monday.

Jamaican international Latanya Wilson is back in the Dragons team and they will relish having the tenacity and quality of the Sunshine Girlz defender on court again.

Wilson missed their 69-38 defeat at London Pulse after being suspended for being sent off for dangerous play during their previous fixture against Team Bath.

Wilson was part of the Jamaican squad who defeated England 70-66 in the Netball Nations Cup semi-finals at London’s Copper Box before being edged out 56-67 by New Zealand in the final.

Dragons’ play their fourth Superleague fixture of the season, against Scottish visitors Sirens at the Sport Wales National Centre in Cardiff (7pm).

Strathclyde earned a standing ovation from a capacity attendance when they powered to a 61-53 victory against Surrey Storm at the Emirates Arena in their last match.

Sirens’ player of the match Lynsey Gallagher said: “The main thing is that we came away with a win on our first home game of the season.

“We were so close in our last two games played and we knew that if we put out a performance for the full 60-minutes we can take the win off teams.

“There are still areas where we can improve on,  but we were really pleased with how things went against Storm.”

The sports centre at University of Essex has been closed because of CoronaVirus.

No other Superleague fixtures have been called off at this time.

Welsh Netball have decided to suspend all performance activities, including squad training, talent centres, LA Hubs and competitions at all levels in Wales with immediate effect, until April 4 due to the COVID-19 outbreak.