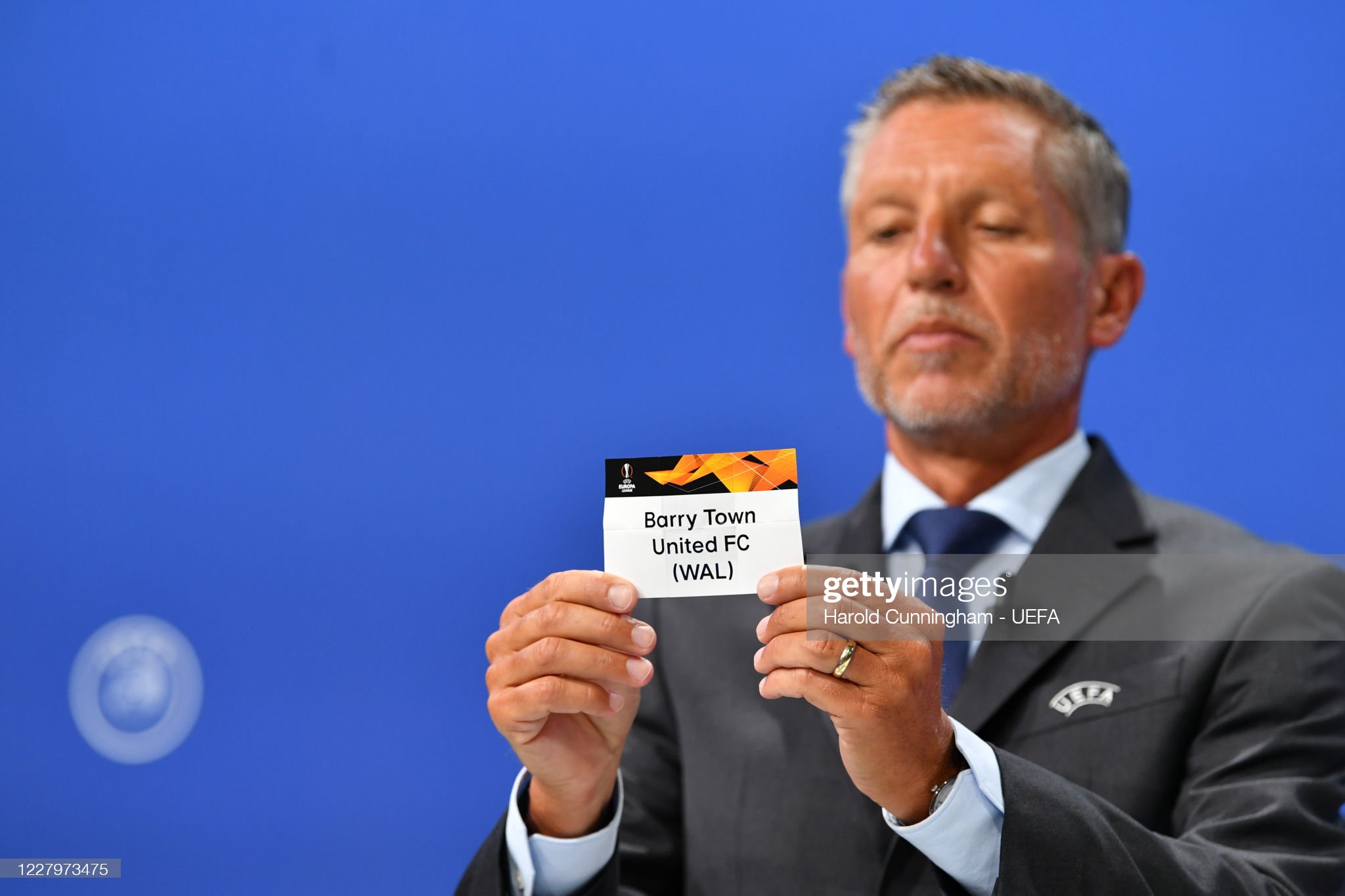 Barry Town suffered one of the most embarrassing defeats in the history of Welsh domestic football this week as they were thrashed in the Faroe Islands. However, this catastrophic defeat asks questions of the whole domestic structure in Wales as Matthew Burgess explains.

Barry Town United’s defeat to NSI Runavik was abysmal – but let’s get one thing out of the way here, and I want to make it perfectly clear that this is not a personal dig or grudge with any one individual involved at any one particular club, whether it be management, player, supporter whatever…

Nobody associated with Barry Town needs me to tell them it wasn’t the result and performance hoped for or expected, but there are two types of people who are critical of Welsh domestic football – there are those who are happy to prod a stick at it, poke fun and ignorantly belittle it with a hope that it’ll never amount to much, and there are those who genuinely support and care for the leagues and are passionate about the game evolving and improving.

I’d like to think that I fall into the latter category . Often for little or no reward and at expense of my own time, I have tried to promote the leagues, the clubs and individuals in a positive light since first becoming involved in Welsh football via Port Talbot Town back in 2011.

I know I might not always be spot-on of course, but I generally think my take and perception on the happenings within Welsh football are usually fairly balanced and well-reasoned, and I try to be constructive as possible. I get that sometimes I might annoy people from time to time for sharing the odd rumour or snippet of information here and there before it’s been officially confirmed, but I only share information that as a fan I would want to know, and for every rumour I post, I can guarantee that there are several more bits of news that I’ve been asked to keep to myself and I am as good as my word.

There are many other individuals too, who commit to supporting and covering our game and will find themselves in a similar situation. The reason why I’m explaining all this of course, is that when someone like myself is critical about Welsh football, it is usually for good reason and not a TalkSport-style post-match overreaction.

Last night’s result in the Faroe Islands was not only hugely disappointing for Barry Town but also in a wider sense that raises some uncomfortable questions about the true state of our game in Wales.  Barry Town have established themselves to be one of our better clubs in recent years.

The club seemingly has a good infrastructure, they’re fortunate to possess a highly-respected and long-serving manager in Gavin Chesterfield, they also have the support of a strong core fanbase; we know the squad is competitive domestically and the good spirit within the dressing room is often referenced.

They also possess some invaluable top-level experience within their squad. Simply put: there are a lot of clubs in the Welsh system who wouldn’t think twice about swapping places with Barry Town if given the opportunity. For these reasons it is difficult to make sense of last night’s result.

The team’s preparation would’ve been as good as it could’ve possibly been and the management team would have done their homework on the opposition as much as resources allowed. So what are the mitigating circumstances?Unlike NSI Runavik, who are 17 rounds into their domestic season, Barry Town have not played a competitive game since March.

The club have had a few weeks to prepare for the game, some of which has been conducted with Covid restrictions in place. That is far from ideal, although the club have managed to play some behind-closed-doors practice games. It would be completely unfair to rule out this impacting their performance, but in context, this was a comprehensive defeat to a nation with a smaller population than Merthyr.

It was not even a case of NSI having a squad polished with South American or African players, looking to ply their trade and gain a foothold in a European league – their entire squad was Faroese. And neither did Northern Ireland’s Cliftonville, who defeated Barry Town 4-0 in their second leg tie a year ago.

This isn’t and can’t specifically be about Barry Town though, it’s about our national league as a whole. In recent years, we have suffered European elimination by teams from Luxembourg, San Marino and Lithuania. It almost feels that the achievement of qualification is celebrated and that anything beyond that is really a bonus. Is that really where we want to be as a developing domestic football nation?

🗣 INTERVIEW: “We’ll take some stick, and rightly so, but we’ll use it as motivation to hopefully get stronger.”@Gavchesterfield reflects on last night’s Europa League exit.#YourTownYourTeam pic.twitter.com/vvn0FJlpyA

In 2010, the format of the WPL was reduced from 16 to 12 clubs. It was a fresh approach with the aim of raising standards, a league-split play-off format – that continues to divide opinion to this day – was introduced. Ten years on, as a direct consequence of our inability to progress in European competition, we find ourselves on the verge of losing our fourth European qualification as per the UEFA coefficient.

This would be nothing less than catastrophic for Welsh football. The league would be forced into changing its format and a significant amount of prize money which would have previously been awarded to the fourth European-qualifying club, would be absent. Frankly, if the loss of our fourth European place isn’t evidential of our national league not making satisfactory progress, then I don’t what is.

There is still time of course for us to find some positivity in this summer’s European results. Connah’s Quay competed well against FK Sarajevo and were far from outplayed and could yet fare well in their Europa League qualifiers, while The New Saints have plenty of European experience under their belts and Bala Town, travel to Malta where they’ll face a Valletta side, who were beaten over two legs previously by Newtown.

However, seeing one our leading sides again being eliminated at the hands of a so-called weaker European football nation last night cannot be ignored and forgotten, and needs to be seen as a warning that something is seriously wrong in the fabric of the domestic game we cherish.

Losing that fourth European place would become a watershed moment for Welsh domestic football, which will need to take a hard look at itself starting right from the very top.