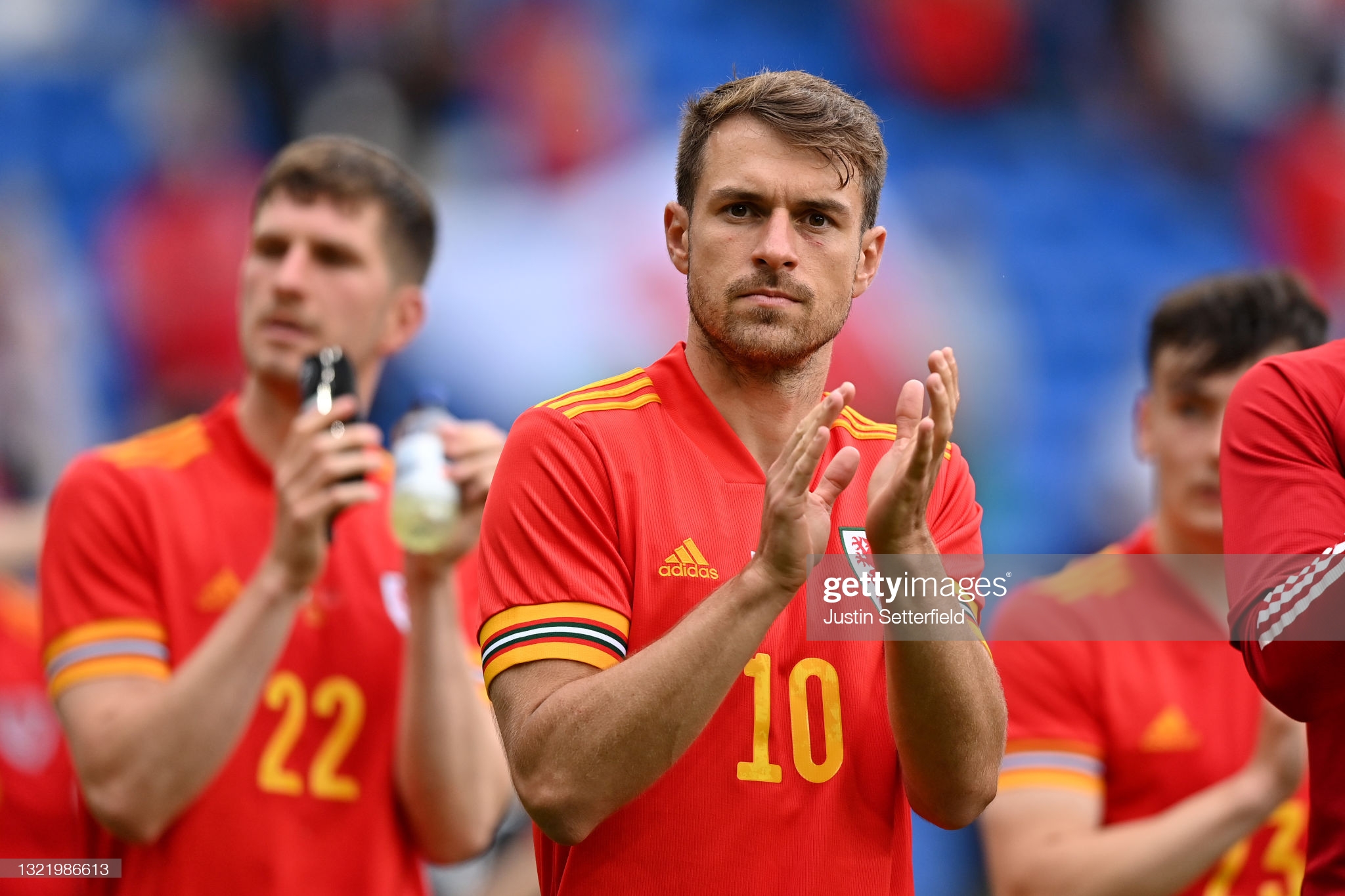 Aaron Ramsey has admitted it took him a long time to get Arsenal out of his system  and find his best form in Italy with Juventus.

But the Wales midfielder is confident his fitness concerns are over and he can cope with the demands of tournament football at Euro 2020.

Ramsey has been plagued by injury issues over the past few seasons and missed many games for club and country.

But the 30-year-old Juventus midfielder expects his body to stand up to Wales’ group schedule of three games in nine days, starting with their tournament opener against Switzerland in Baku on Saturday.

“I feel like I’m in a good place,” said Ramsey, who got minutes under his belt during Wales’ Euro 2020 warm-up friendlies against Albania and France last week.

“I’ve definitely worked hard over the last few months to get my body back into a good place.

“I feel the last few years have been frustrating, to try and get any consistency going.

“Different environment, different methods, things like that. It’s not something I’ve been used to.

“I was at one club for a very long time and I think adapting to that took a lot longer, I’ve had to change a few things.”

Ramsey’s 11-year stay at Arsenal ended two summers ago when he moved to Italy.

He has started only 24 league games for Juventus during his time in Serie A and his attendance record for Wales also makes pretty dismal reading.

Ramsey has featured in only 19 of the 44 games Wales have played since reaching the semi-finals of Euro 2016, leading some supporters to question his commitment to the national cause.

“I’m a proud Welshman who wants to play for Wales and help my team as much as I can,” said Ramsey, whose performances in France five years ago saw him named in the official Euro 2016 team of the tournament.

“To have missed a few games over the last few years has been very frustrating and difficult.

“Hopefully now that’s behind me and I can look forward to all these games in the European Championships.

“It’s a different set-up with a different environment (to Euro 2016), but we’re all excited to be going into it and waiting for that first whistle.”

Wales will stay in Baku for their second game against Turkey before heading for Rome to play group favourites Italy.

“It’s a very difficult group,” said Ramsey, one of eight survivors from the Wales squad that reached the last four in France.

“But our target is to get out of the group, so we’re going to have to be fully focussed and hit the ground running.

“It’s going to be essential for me and the players that have experienced it all before to help the other boys through this.

“But they’re a good bunch with a lot of quality between them, so I’m sure they’ll be just fine.

“We’ve had a year delay and there’s so much gone on in that period, that now we’re just grateful to go out there and actually play – with fans as well, which is going to make it extra special.”