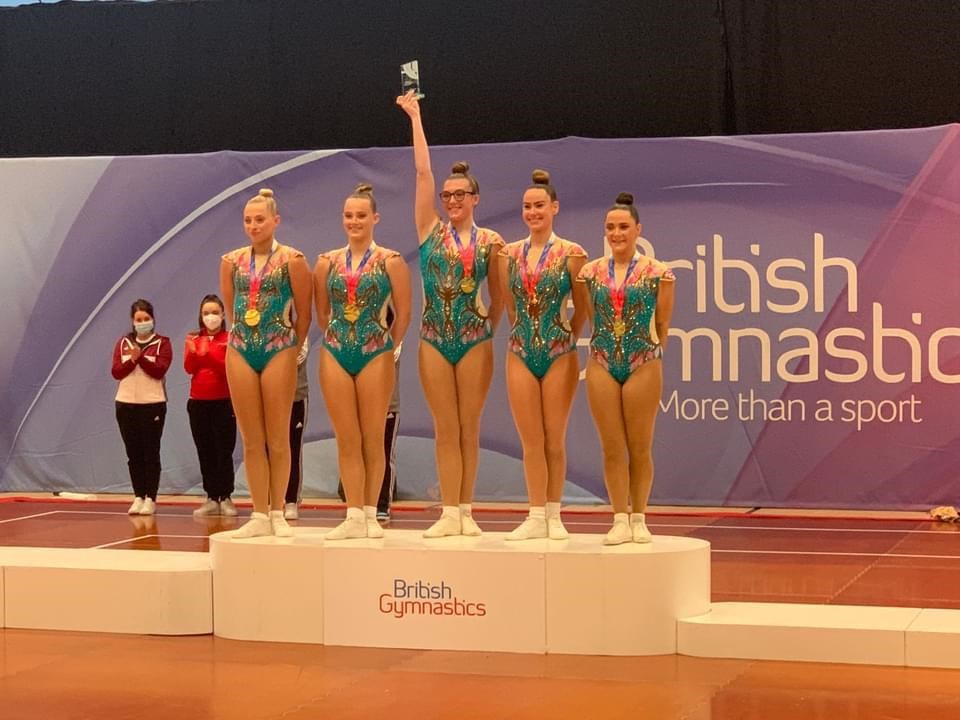 Aberdare duo Mia Bernardo and Emily James gave a glimpse of what they might achieve on a European stage when they struck gold at the Aerobic British Championships in Guildford.

The talented Welsh pair, back competing across what were two action-packed days at Surrey Sports Park last weekend, were part of a five-strong group in the senior group competition, winning with a score of 18.894.

It was perfect preparation for later this month when the quintet will be taking on Europe’s best at the Aerobic European Championships.

That event is being staged in Pesaro, Italy, from Sept 17th to 19th.

In what is their first year in the senior ranks, 17-year-old James, who trains between Bulmershe in Reading and Phoenix in Aberdare, and Bernardo, 18, from Phoenix, will become the first Welsh aerobic gymnasts to go to a European Championships since former senior women’s British champion Kayleigh Silver eight years ago.

Congratulations to all of the gymnasts, coaches and clubs for a fantastic weekend in Surrey!#2021British pic.twitter.com/b7NjEtAjPp

Meanwhile, it was also another memorable weekend in Surrey for Niamh Keane, who bagged gold in the senior individual women’s event to successfully retain her crown and make it a hat-trick of individual British titles – following on her triumphs in 2018 and 2019.

Some 189 gymnasts competed over the course of the two days last weekend in age groups ranging from 9-10 years all the way up to senior – and there was also success for the Aberdare based Phoenix club in some of the other categories.

This year’s Aerobic Welsh Championships will be taking place over the weekend of November 6th/7th.