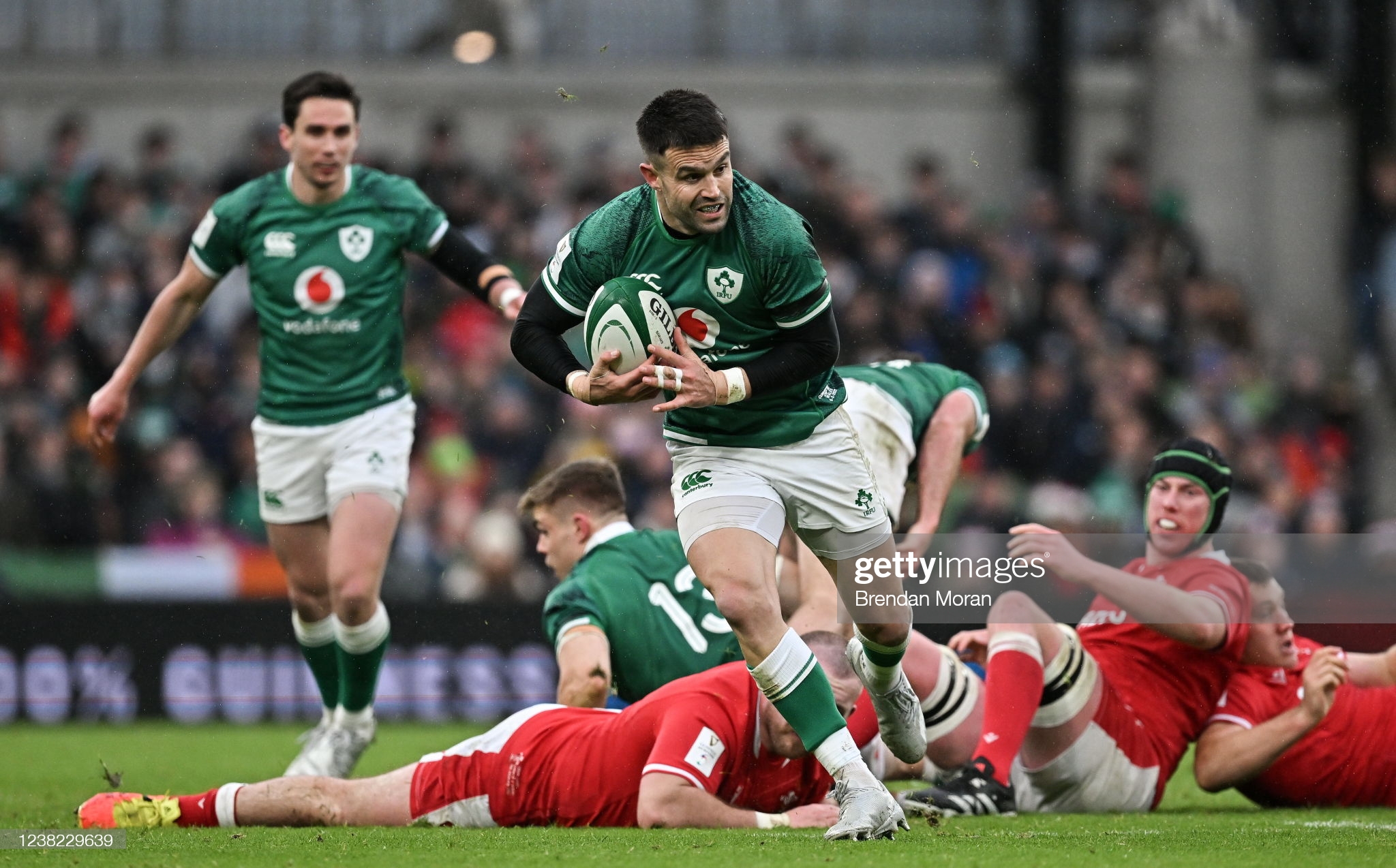 Welsh pack leader Adam Beard has told his Wales teammates they have to be more assertive if they are to make any kind of recovery in this Six Nations.

The Wales second row insists honesty is the best policy as they assess the fall-out from their opening  29-7 crushing defeat to Ireland in Dublin.

The honest truth, says Beard, is that Wales did not fire a shot in anger on their way to a four tries to one defeat. Even the try they did score – through Taine Basham – only arrived because the Irish handed it to Basham on a plate.

The Dragons flanker saved Welsh blushes with an interception try five minutes from time to stop his side plummeting to their first Six Nations shut-out.

Beard admitted: “It felt we defended most of that game. If you defend for most of the game, it is obviously going to be hard to put points on the board and get a foothold.

“We have got to pick ourselves up, we can’t be down. We’re only game one into the campaign and there are four left.

“It is just about building that atmosphere and getting round each other. We didn’t lose because we were missing however many caps, it was because we didn’t perform on the day. That’s the brutal, honest truth.”

Basham says Wales “have to turn up” and impose themselves physically when Stuart Hogg’s rampant Scotland descend on Cardiff on Saturday.

The Dragons back rower was once again the one bright spark in the Welsh side, building on the reputation he launched in the autumn when he not only survived, but thrived, against New Zealand, South Africa and Australia.

The stats don’t lie and Basham was top of the charts for Wales in metres (93) and tackles made (22) – leading by example at the age of 22.

“They brought a good physical edge to the game and, in my opinion, we didn’t match that in the first 10 minutes,” admitted Basham.

“We grew into the game with our physicality. In the second 20 minutes of the first half, when we took the ball in motion, you could see we were breaking them down.

“But when we look back on the game we’ll realise that physically we didn’t turn up. We have to turn up next week, especially in front of a home crowd.”

The only saving grace for Wales was the ever-alert Basham’s interception of a pass off the floor by Tadhg Beirne in the 75th minute that allowed him to sprint to the posts for a try that Callum Sheedy converted.

“We know the result wasn’t acceptable and the boys are going to be disappointed about the result and the way we performed, especially in the first 10 minutes,” said Basham.

“For me, it is all about mindset, confidence in what we can do in defence and attack. It’s about coming off the line and hitting someone hard.

“We need more of that – getting off the line in defence and just being really physical. There will be no doubt that we will bring that next weekend, there is definitely going to be an edge.

“My team-mates expect me to be chucking my body about, and so do I. It is what I have to do for the team, so I can be happy with that.

“Every time you get an opportunity in this shirt you just have to play your own game and put your own stamp on it.”

The Irish move on to Paris to meet the French in their quest to win another Grand Slam, while Hogg’s Scottish side will travel to Principality Stadium high on their 21-17 opening round win over arch-rivals England.

They will be hoping to stay on course for a first Six Nations Triple Crown. Wales won that title last year, as well as the championship for a sixth time, yet looked miles away from that level at the Aviva Stadium.