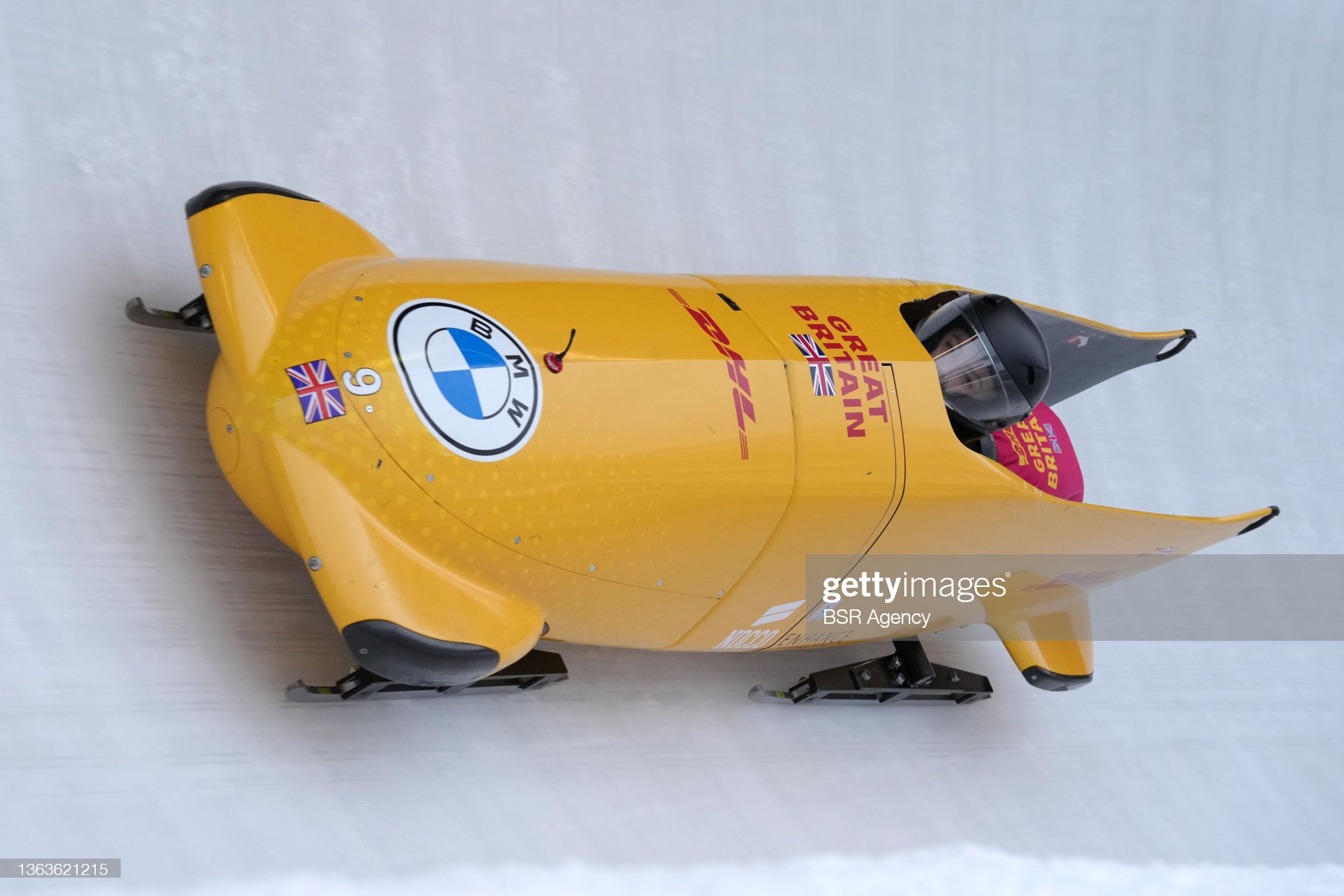 Adele Nicoll is living proof of the old saying that a change is as good as a rest.

And if you can enjoy both – as Wales’ winter Olympian has managed over recent months – then so much the better.

Nicoll, from Welshpool, is currently at the Winter Olympics in Beijing as part of Great Britain’s women’s bobsleigh squad – one of two Welsh women at the Games, alongside Laura Deas.

Bronze medalist in the skeleton four years ago, Deas competed in a range of sports before finding her feet on the ice.

The same goes for Nicoll, although her transition – from shot putter to bobsleigh reserve for the GB squad – is far more recent.

She only tried her hand at the sport 18 months ago, but says the chance to do something new re-invigorated her as an athlete.

“I think bobsleigh has brought back my happiness in terms of being true to myself as an athlete,” says the 25-year-old.

When you’ve put your heart and soul into something, the success is so much sweeter 🙏🏼☺️ https://t.co/b7x3oUIsrS

“And now my programme is very much more individually tailored towards what I enjoy doing, what I’m good at doing.

“As a specialist thrower, I spent a lot of time thinking I needed to be like others who were better than me. I almost abandoned my strengths and started trying to be stronger and train like an athlete that naturally just wasn’t me.

“Of course, you always have to work on your weaknesses, but in terms of all the running and jumping, and all that kind of stuff I did before throwing, then it’s all back in my programme.”

The rest period for Nicoll came during the first lockdown. Like many people, the pause in life gave her time to reflect on things and assess her priorities.

Indirectly, the lockdown also led to her being spotted training on an Instagram video. Those clips – stumbled upon by experienced GB bobsleigh star Mica McNeill – would eventually leed to the invite to train with the British bobsleigh squad.

“When I was a youngster, and I was doing so well at the shot over other events, I was training like I am now,” adds Nicol.

“So, maybe I should never have tried to train like a thrower. Maybe I should just always have trained like Adele, if that makes sense?

“But really, the best thing to do was to be the best version of myself.

“I just think that whatever you naturally enjoy and what you’re better at, you should really work to your strengths and not try to be somebody else, or try to be a different athlete.

“I think I spent a lot of time thinking, ‘Oh, my gosh, some of these girls are so much bigger, so much stronger, I need to get bigger, need to get stronger.’

“But actually, when that stopped, my strengths started showing through again, which was the speed and the power.

Having traded some of her weight for increased speed needed in bobsleigh, Nicoll has somehow gained the best of both worlds.

Not only has she felt the thrill of a new sport which has led to her fulfilling the dream of going to an Olympics, but her recent shot performances actually improved rather than dropped off.

Whether that’s a physical impact, or an emotional one, is difficult to unpick. But the only certainty is that with a Commonwealth Games on the horizon as a track and field athlete for Wales later this year, Nicoll seems to have the best of both worlds.

“I have needed to focus more on bobsleigh recently, obviously. However, it seems to be working for shot put anyway!

“I’m loving it and I’m loving athletics much more, too.

“I’m just so determined in everything I do, I want to do it to the best of my ability. And I have always been so passionate about doing everything I want to do, and not allowing one thing to stop another.”