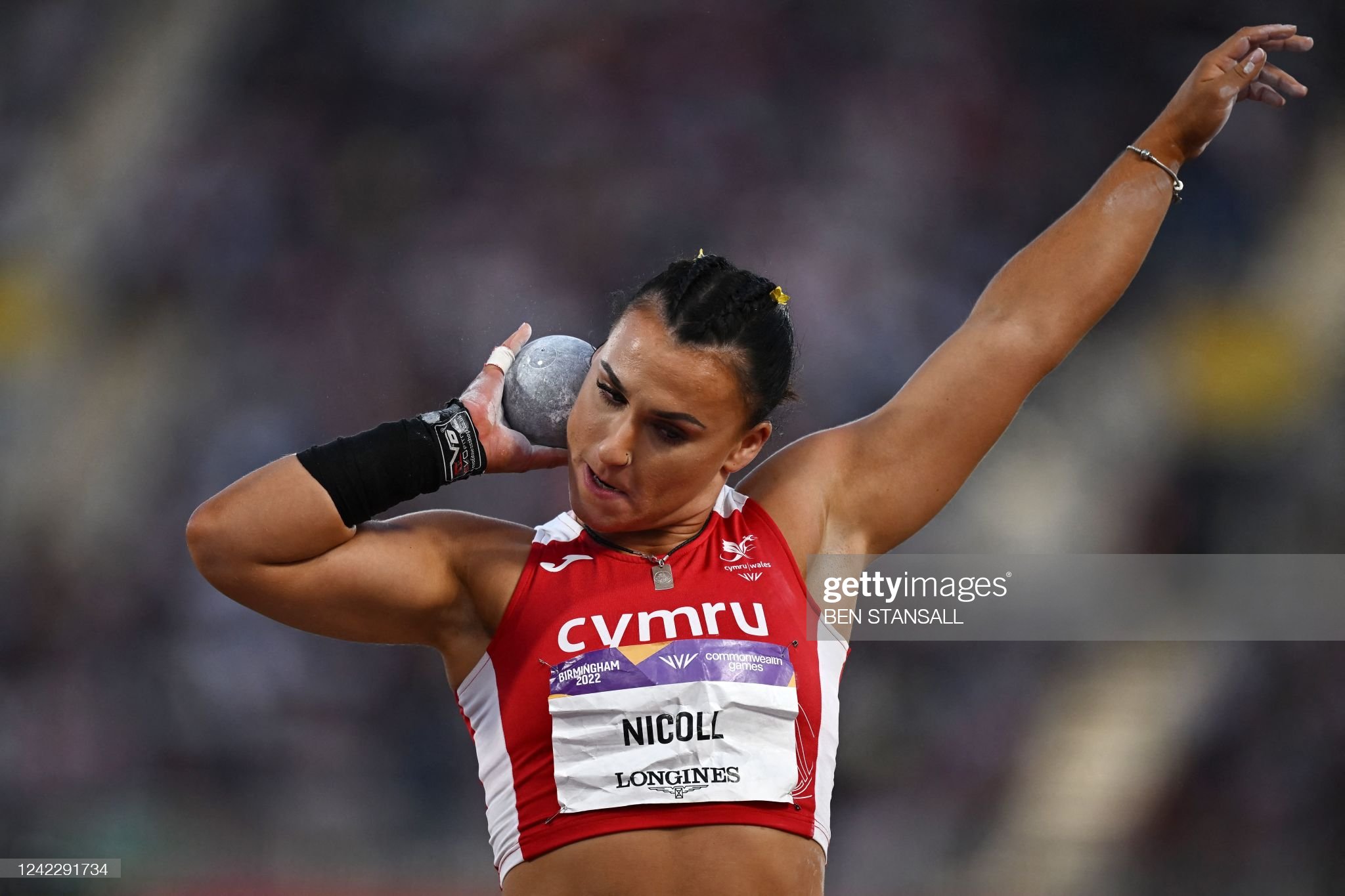 Adele Nicoll is already an international athlete in two sports, but it would seem a reasonable bet to place on her one day making it a hat-trick.

Adele said hello to bobsleigh after first emerging as a talented track and field athlete and she finds trying new sports just as satisfying as winning.

The 25-year-old from Welshpool competed for Team Wales at the Birmingham Commonwealth Games in shot put, where her recent rapid progress in the sport enabled her to finish eighth.

Athletics was her first sport, but then her versatility – as well as her curiosity – led her to try bobsleigh and only two years later she was competing as part of the Great Britain squad at the Beijing Winter Olympics back in February.

So, like most sports activists who get a thrill by adding a new string to their bow, are there any current plans to expand her horizons further?

“I wouldn’t say I’m searching for a third sport,” she says.

“I was just asked recently about the future and for me my future doesn’t just end with these two sports.

“I don’t know what that third spot will be. I’m very much looking to stay involved in athletics for at least another Commonwealth Games cycle up to 2026 and then a Summer Games.

“And then I’ll see what life looks like at that point. But I would like to participate in another sport professionally before retiring.”

In the countdown to Birmingham 2022 this year, Adele – who competes for the renowned Birchfield Athletics Club – produced the performance of her life to win the shot put title at the Muller UK Athletics Championships, just two weeks after claiming the Welsh title.

The Team Wales athlete propelled the shot a massive 42 centimetres further than she had ever done before to register a new personal best of 17.59m.

In doing so, Adele catapulted herself past the United Kingdom’s top two ranked competitors and into the gold medal position on the championship’s podium.

The emotion of becoming British champion was huge, but then so was the thrill of being told she would be competing for Wales at her first Commonwealth Games.

“I’ve just put so many years of hard work into it. There’s been many lows along the way.

“That is so emotional and so mentally challenging – to continue after every time you’re knocked down.

“I’m just so proud of myself for getting back up every single time and then proving that I’m worthy of this spot.

“People ask me what my proudest achievement is. Obviously going to the Olympic Games as part of Team GB and winning a silver medal in the World Cup in the bobsleigh – they’re amazing moments.

“But I’ve only been involved in bobsleigh for a few years, I’ve been chasing a Commonwealth Games for Wales since the age of nine or 10.

“It was a massive achievement for me and it meant absolutely everything.”

Adele is also keen to pass on her athletics skills to mid-Wales youngsters looking to get into track and field.

The former Cardiff Metropolitan University student is holding a summer training camp for youngsters aged between five and 18 at Welshpool High School from August 30 to September 2.

“The best advice from my experience in sport is for young people to be the best version of themselves and not worry about others.

Thank you for having me. A great platform to raise awareness of the challenges we still face but also to celebrate how far we’ve come 💪🏼@TeamWales @WelshGovernment https://t.co/He5AGthME1

“I just think that whatever you naturally enjoy and what you’re better at, you should really work to your strengths and not try to be somebody else, or try to be a different athlete.

“I think I spent a lot of time thinking, ‘oh, my gosh, some of these girls are so much bigger, so much stronger, I need to get bigger, need to get stronger.’

“But actually, when that stopped, my strengths started showing through again, which was the speed and the power.