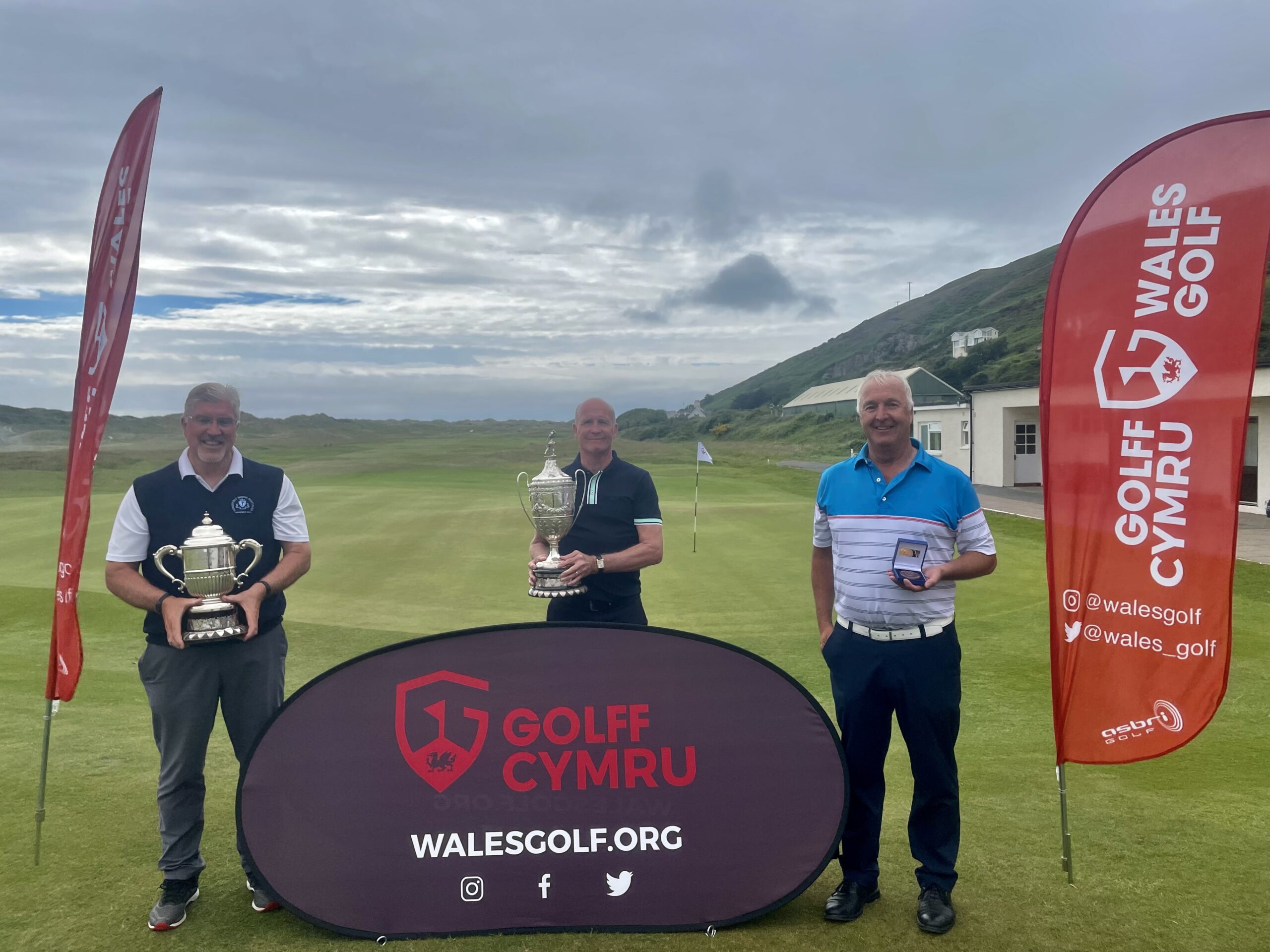 Their Pontypridd captain that day urged his young side to gain further achievements after claiming the Welsh Team Championships, something the 15-year-old Price certainly went on to do on golf’s world stage – while Bragg jokes it took him a little longer.

The 59-year-old claimed the Welsh Seniors title at Aberdovey by four shots, while leg amputee Mike Jones became the first player with a disability to make the cut at a Welsh national event – another significant achievement.

“It feels great to have won this, my first significant individual win and first national title for quite a long time,” said motor industry insurance specialist Bragg, after his final round of 70 clinched the title.

“In the early 80s I was part of a Pontypridd team with Phil Price which won the Victory Shield Foursomes and the Welsh Team Championships in the same week.

“We were a young team, Phil was about 15, apart from our captain Hilton Thomas. I never forget him telling us to go on and get more success in our careers.

“Hilton’s words came flooding back to me this week, though I have had to wait until I am 59 before tasting success at a national level again.”

While Bragg rightly took the plaudits for his overall victory, it was a remarkable landmark for Wales Golf Inclusivity Ambassador Jones, Celtic Manor, who finished 46th.

“Congratulations to Adrian Bragg, but it was also a great achievement for Mike Jones to make the cut in a national event,” said Championship Director Sophie Madsen.

“Thanks also to Aberdovey for putting on such a great event again, the course was a superb test and the club played a huge part in running the event safely.”

Phillip Sutton of Dunstable Downs was second, Phil Evans of Royal Jersey in third and Glamorganshire’s Nick Grimmitt in fourth.

“I have always finished in the top 10 when I have competed, but never really felt like I was in with a chance to win before,” said Bragg.

“I did all the cliches, tried to stay in the moment, staying patient, concentrate on the next shot and not start preparing a victory speech.

“I have put a lot of work in during lockdown, really given it a go, so I knew I was playing well and I was full of confidence.”

Next up the Welsh Seniors Open in Tenby towards the end of the month and Bragg is looking forward to competing at a course he knows well.

“Four years ago I won the South Wales Seniors there, I had a huge advantage that it is a course I have played many, many times over the years,” he said.