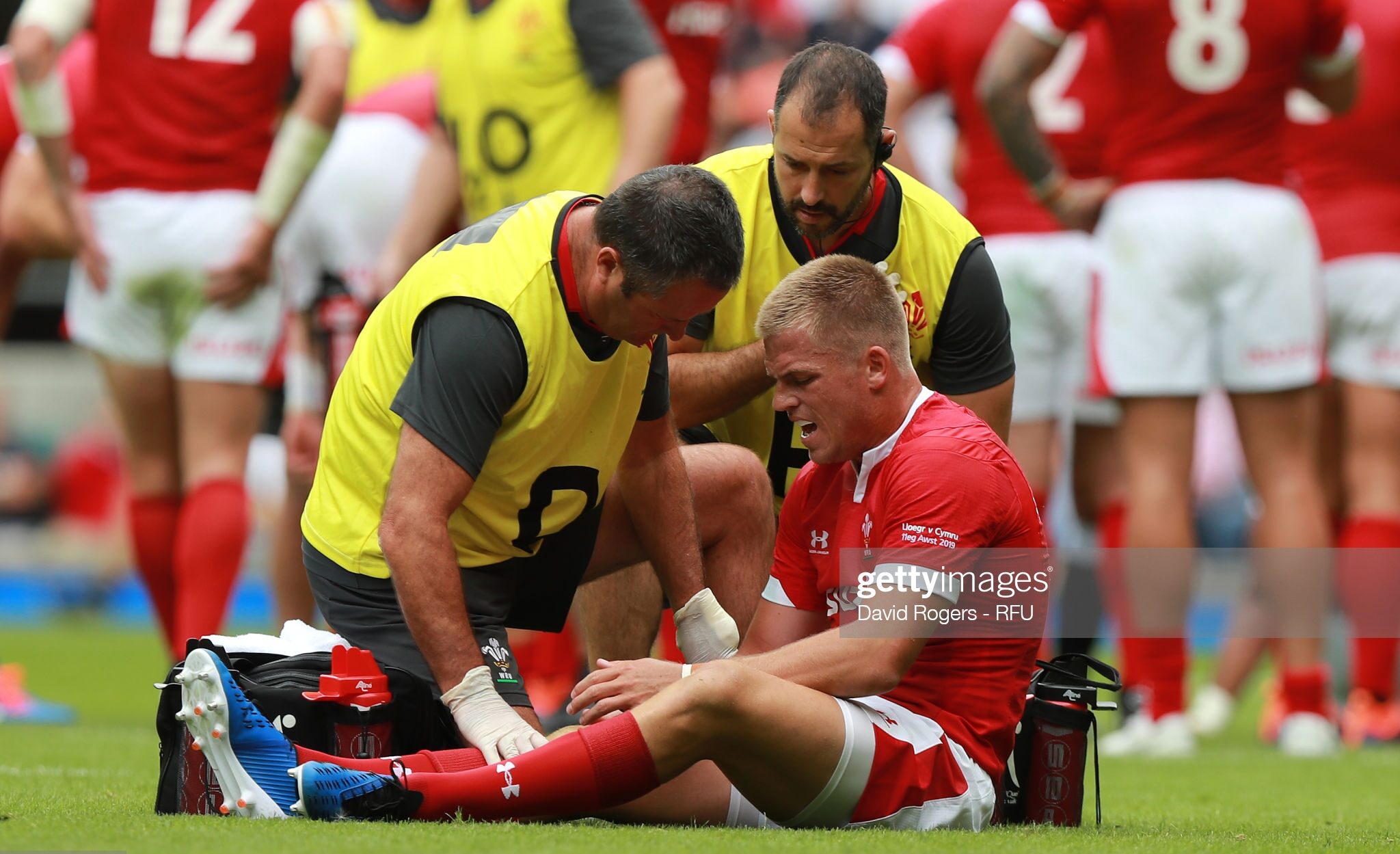 Gareth Anscombe set to return for the first time since getting injured against England in 2019.

Gareth Anscombe is set to end 761 days of injury troubles when he makes his Ospreys debut against Northampton Saints on Friday.

Anscombe, 30, missed that year’s tournament as a result and has spent more than two years on the sidelines while recovering.

Anscombe, was part of the warm-up and kicked at goal as the Ospreys began their pre-season campaign with a convincing win over Hartpury College last Saturday.

He did not play in that game, but will do so at Franklin’s Gardens in what is a big boost for Ospreys and Wales head coaches Toby Booth and Wayne Pivac.

The tighthead prop joined from Exeter Chiefs this summer.

Ospreys first team coach Duncan Jones said: “It’s always the same in pre-season. You test yourselves against each other a lot of the time during the week so it was good to get a first hit out.

“It really tested some of our systems and it was good for us to blow the cobwebs out and test to see where we were.

“We want to be building on where we left off at Hartpury. In pre-season nothing is going to be perfect.

“You’re still blowing away some rust, but we want to stick to what we know.

“We want to worry about what we can control and it will be interesting to see how the boys react to a potentially sold-out Franklin’s Gardens.

“It will be a loud and hostile environment, but ultimately we want to be true to what we want to put in place.”