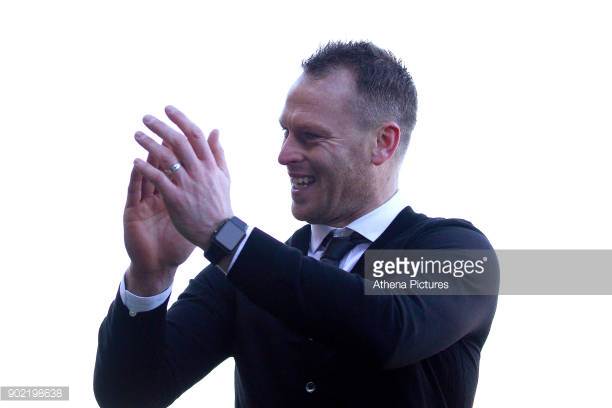 More than 6,700 spectators were at Rodney Parade, while BBC pundits Gary Lineker, Shearer and Ian Wright attended to witness a potential cup shock.

Jamille Matt, with an outstanding header from Robbie Willmott’s cross, and Padraig Amond, from a penalty, scored to earn the victory.

“County were absolutely magnificent,” said Shearer. “The effort from every player was fantastic. They were professional, they were brilliant.

“Newport were hit hard by Leicester’s late equaliser and showed courage to go again and win the tie. What a day for Newport players. They gave their all and deserved their win.”

Lineker, a Leicester City fan, was the target for some good natured banter from Newport fans chanting: “Gary, Gary what’s the score?”

Newport-born Nathan Blake was supporting his home city team and said: “It’s a brilliant result for County. They were fantastic in all areas of their team.”

Amond looked calm and composed when he walked up to take Newport’s penalty, a late spot-kick which proved to be the winner.

Leicester’s Wrexham-born Welsh international goalkeeper Danny Ward was at Morecambe four years with Irishman Amond, who said: “I faced Danny in training and took quite a few penalties against him.

“It went through my mind he might remember how I took them, but thankfully I scored. Everybody in our team played brilliantly and we deserved the win.”

Midfield player Antoine Semenyo celebrates his 19th birthday on Monday, while another teenager, defender Vashon Neufville, who was signed on loan from West Ham, made his County debut.

Upset of the Day came at Rodney Parade as Newport County stunned the Premier League's Leicester City, to advance to the FA Cup fourth round… pic.twitter.com/JyWVTQIyL6

The movement and physicality of Matt was crucial for Newport. He gave Leicester’s Wes Morgan a torrid time, losing his marker when Willmott crossed for the first goal and his leap plus the composed finish were outstanding.

The 29-year-old Matt, on loan from Blackpool, was replaced by Tyreeq Bakinson after 77 minutes and clearly did not want to go off. He was having a ball – and was keen to stay out there.

When Newport players returned to their dressing room there was no alcohol available with Flynn saying: “There is no beer, no champagne. We made do with water.”

Now County fans, players and officials await Monday’s FA Cup fourth round draw to find out who they will face next.