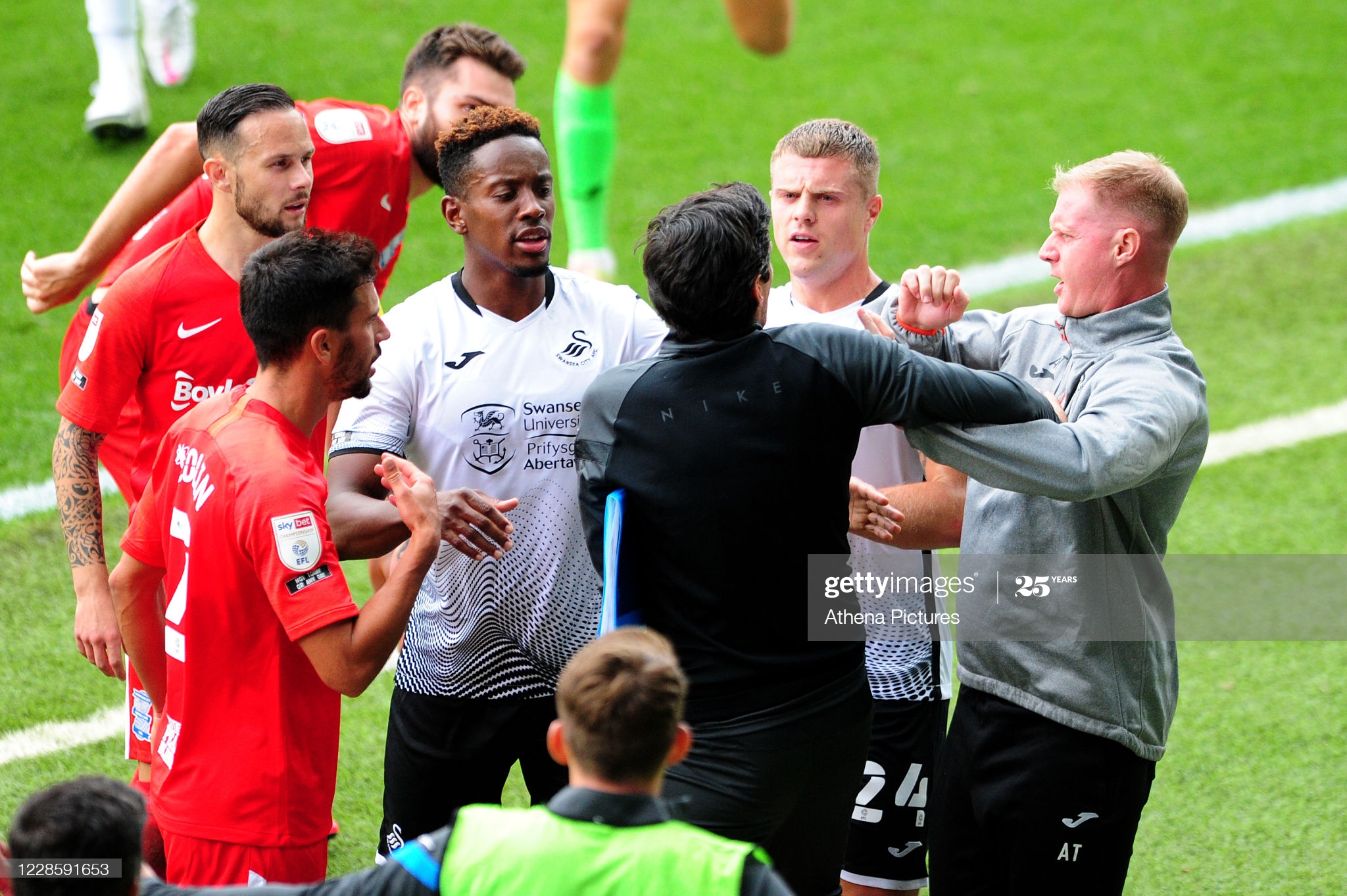 Swansea City coach Alan Tate has been officially charged by the Football Association over his clash with Birmingham City’s Jon Toral during the Championship fixture at the Liberty Stadium.

The 38-year-old, who joined Steve Cooper’s coaching staff 12 months ago, may face a fine or touchline ban.

The incident sparked a melee involving players and staff from both sides followed, but no action was taken at the time.

“A Swansea City FC coach, Alan Tate, has been charged with a breach of FA Rule E3,” an FA statement said.

“It is alleged that his behaviour at half-time of the EFL Championship fixture against Birmingham City FC on Saturday [19/09/20] amounts to improper and/or violent conduct. He has until Friday [25/09/20] to respond to the charge.

Swans boss Steve Cooper and opposite number Aitor Karanka both said they did not see what happened.

Cooper said after the 0-0 draw: “I didn’t see it, clearly. It certainly didn’t carry on down the tunnel because I went down there. Afterwards, it was fine – no dramas.