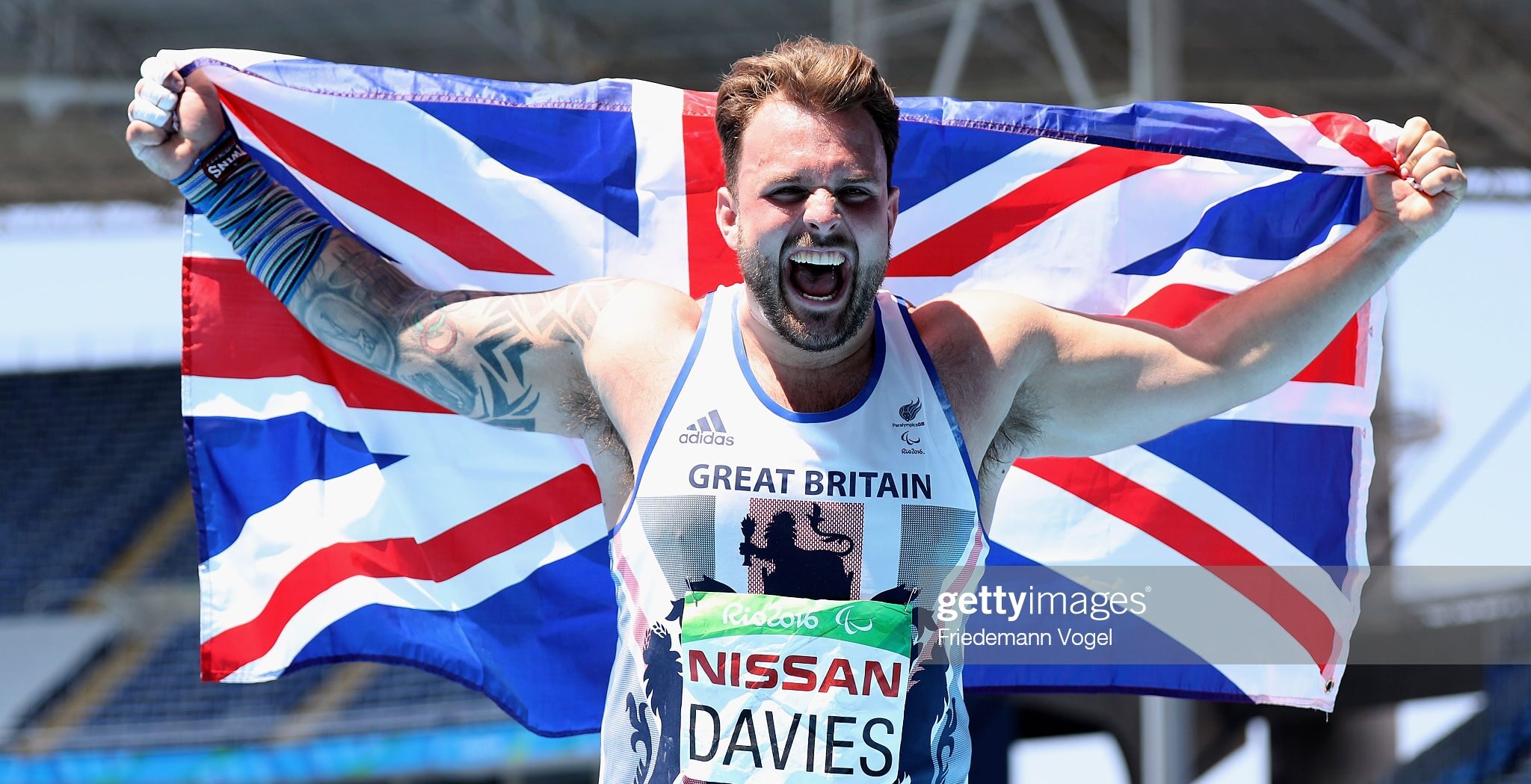 Aled Davies has spoken of his “absolute honour” at being named co-captain of the Great Britain athletics team alongside Hannah Cockroft at the Tokyo Paralympics.

The Cardiff Athletics thrower won gold in Rio five years ago to add to his illustrious list of career titles.

Having burst onto the international scene with gold and bronze medals at the 2012 London Paralympics, Davies will be defending his title in the men’s F63 shot put on Saturday 4 September.

Commenting on his co-captaincy, Davies said: “It’s an absolute honour to be selected as captain, especially by my teammates.

“Over the last year I’ve been so inspired by how everyone has adapted, evolved and overcome so many obstacles.

Davies, who was awarded the MBE in 2013, had an inspirational message for his fellow team-mates in Japan: “This team is the greatest para athletics team in the world, we’re feared and envied, so my message to them is to embrace it, enjoy it and do yourself proud.”

Cockroft is a five-time Paralympic champion and will be gunning for more gold in Japan as she competes in the women’s T34 100m and 200m.

Para Athletics Head Coach, Paula Dunn MBE, said of the appointments: “To be chosen by your peers is extra special, and I know these two role models will lead by example and be excellent captains to represent the athletics squad in Tokyo.

“They bring great experience and professionalism to the role, so I wish them all the best in the role.”

“Hannah and Aled have been ever-present and valuable members of British teams over the last decade.

“We all experienced our first Games at London 2012, so it has been a pleasure to watch and support their journeys over the last few years, from coming through the junior ranks to seeing them achieve all they have done both on and off the track.

“I am very proud to be their head coach; they are two great people who will thrive in the captain role.”

The Tokyo Paralympics begin on August 24 and continue until September 5.