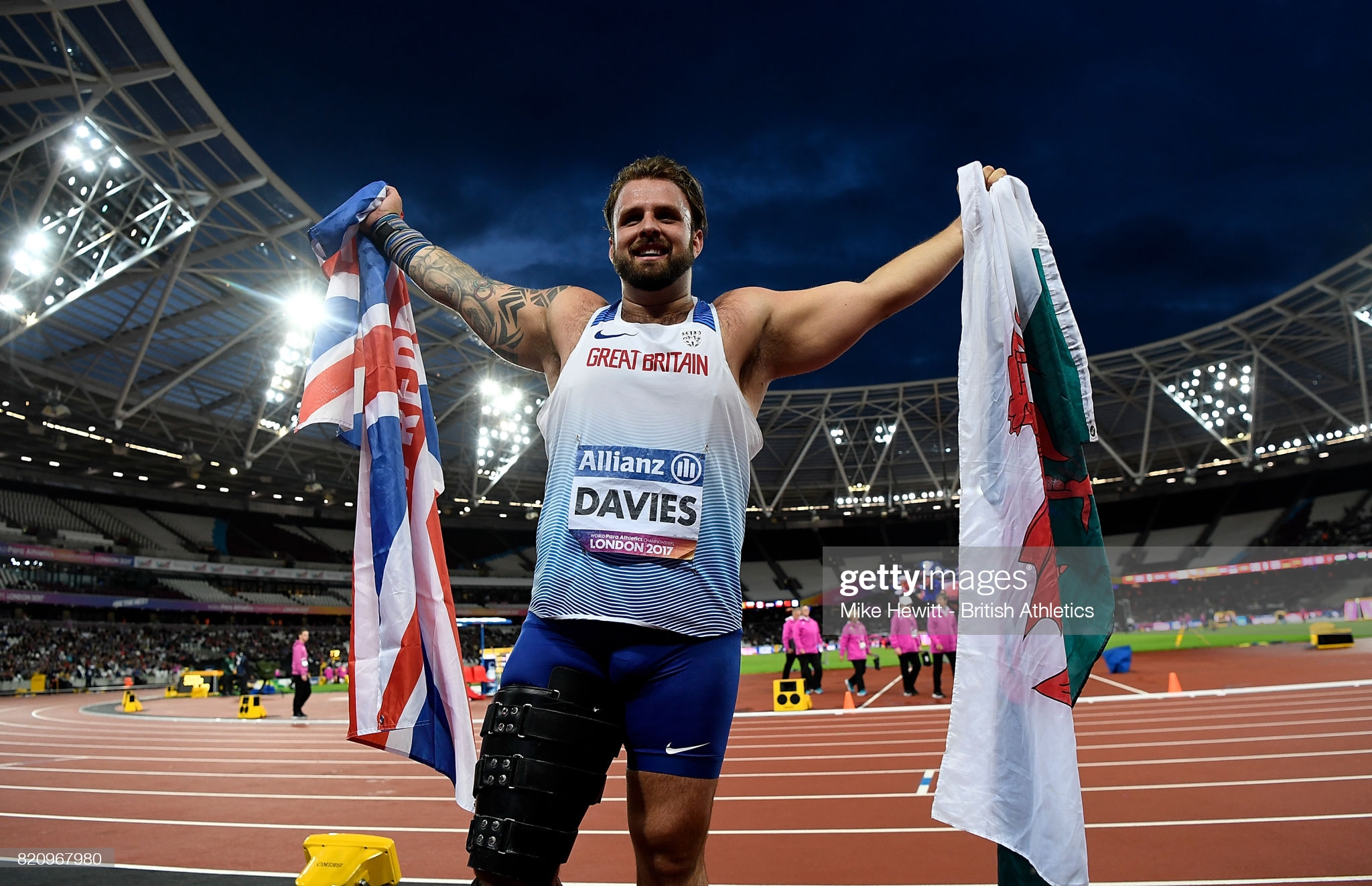 The six-time Euro champ is one of seven Welsh para-athletes names in the GB team for the championships in Bydgoszcz from June 1-5.

Davies will be using the event as part of his build-up to Tokyo this summer when he defends his 2016 Paralympic gold medal.

Congratulations / Llongyfarchiadau to the magnificent seven Welsh para-athletes who have been selected to compete at the World Para Athletics European Championships in Bydgoszcz, Poland 👏 @WelshAthletics

Wales national coach Chris Jones has hailed the presence of the magnificent seven in the team as a huge boost towards next year’s Commonwealth Games in Birmingham.

“We’re working increasingly closely with Disability Sports Wales in line with our #UNITE goal to share resources, coaching and build the create a really integrated approach to performance athletics in Wales,” said Jones.

“It’s so pleasing to see so many Welsh para-athletes earning their places on the British team for these championships, and it bodes really well for Team Wales at next years Birmingham Commonwealth Games.”
Paula Dunn, the Para Athletics Head Coach said: “The World Para Athletics European Championships provide a great opportunity for our athletes to compete at a high level in a very important year.

“It is a fantastic competition opportunity for those athletes who are building up to Tokyo, as well as providing a platform for our Paralympic Futures Academy and Development Academy athletes who are on the pathway for Paris and Los Angeles.

“Due to challenging circumstances at this current time, and consistent with British Athletics’ approach this season, all athletes were given the option to opt-in or opt-out of the Championships.

“The Paralympic Games is ultimately the main focus this year, so while many athletes have targeted Bydgoszcz as a key event in their plan for the year, others have decided to focus on other competitions as part of their preparation for Tokyo.

“We are supporting all athletes and coaches to achieve what they feel is the best preparation possible for the Paralympic Games later this summer.”