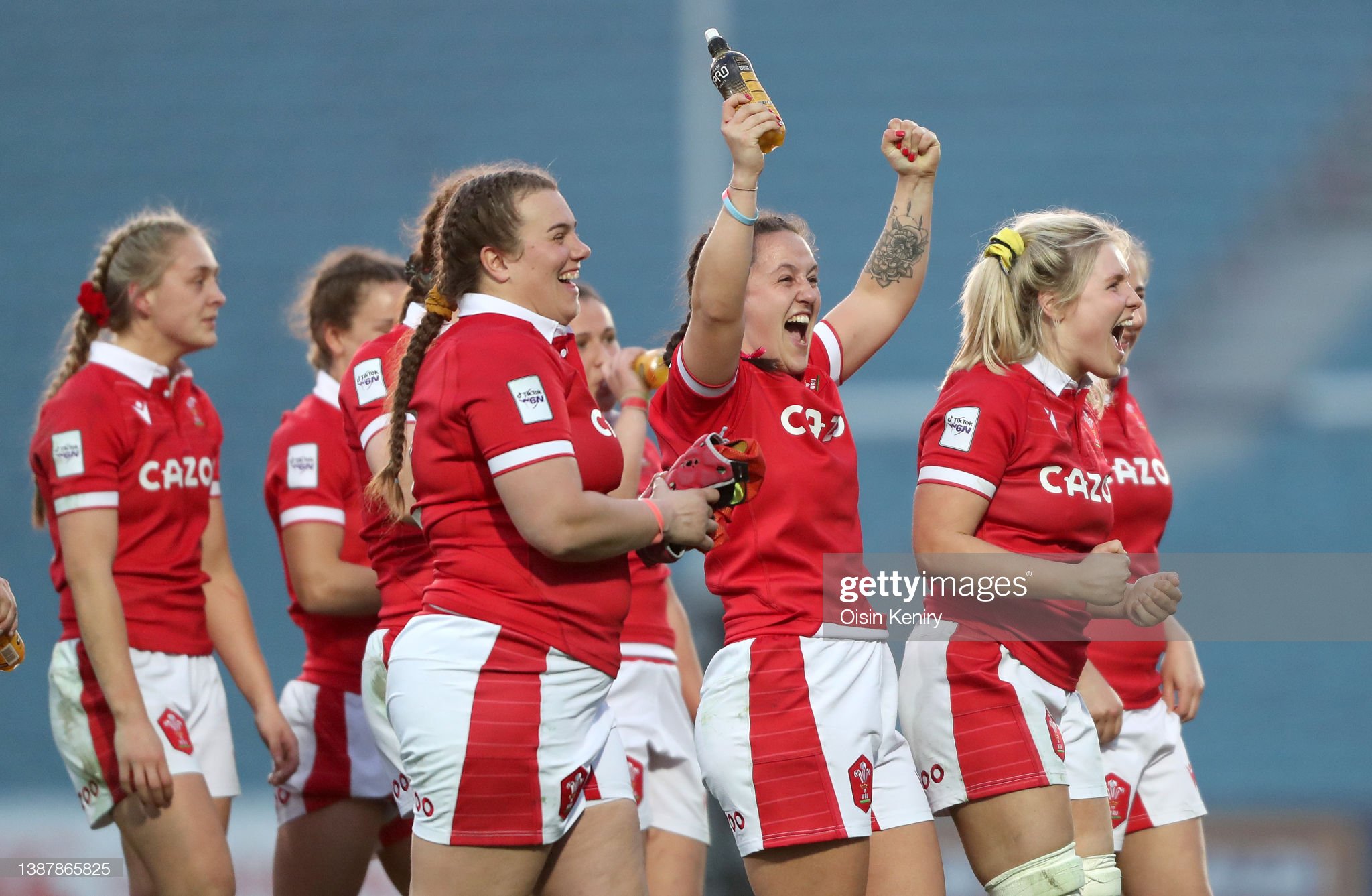 Alisha Butchers insists there is a lot more to come from Wales after their stunning opening victory in the first round of the TikTok Women’s Six Nations.

Butchers was named player of the match after his side’s dramatic 27-19 comeback victory over Ireland in Dublin, which has given Wales instant lift-off in the tournament.

Next, Wales host Scotland in Cardiff on Saturday and Butchers reckons she and her teammates are in the mood to continue their rapid improvement from last season.

Flanker Butchers is one of 12 players to have been given a full-time contract by the Welsh Rugby Union at the start of the year.

With that progress off the field came expectation and Wales certainly delivered as they came from 19-10 down to win 27-19 against Ireland, securing the maximum five points from the RDS Arena in Dublin.

Butchers said: “We felt a little bit more pressure today, rightly so. I’m lucky enough to have a full-time contract so I can put all my energy into this now. I feel super lucky to be part of this squad and we showed a performance out there today so I’m ecstatic.

#WalesWomen head coach @IoanCunningham “The girls deserve that win, they’ve worked so hard. It would be great to have a huge crowd for them next Saturday @ArmsParkCardiff #HerStory pic.twitter.com/mft3J67xvn

“The growth in the last 12 months has been incredible. Coming away to Dublin with a big home crowd and a tough Irish team, I think we’ve done ourselves proud and I think we can go away and reflect and grow from this performance.

“It’s something we have been working on a lot, our second-half performances.

“Throughout the autumn, we felt like we dropped off a bit so today we wanted to come out and prove everything we have been working on over the last four moments and come to Dublin to get a result.”

Ireland led until eight minutes to go, but Wales ended with five tries and a bonus-point win as Carys Phillips, Jasmine Joyce, Donna Rose (two) and Hannah Jones each scored.

Ireland beat Wales 45-0 away in Cardiff last year, but they have gone through a thoroughly disappointing period of late, losing to Scotland in the World Cup play-offs in September to miss out on qualification.

Tries from Amee-Leigh Murphy Crowe and Linda Djougang either side of a score from Wales hooker Phillips gave the hosts a 14-5 lead at the break.

But Joyce responded for the visitors after the restart and, while Stacey Flood hit back for Greg McWilliams’ new-look side, replacement prop Rose kept Wales within striking distance.

And after Eimear Considine was sin-binned, Rose powered over for her second try of the game before Jones added a fifth at the death to complete a memorable comeback for Wales.

Wales head coach Ioan Cunningham said: “The girls deserve that win, they’ve worked so hard. It would be great to have a huge crowd for them next Saturday at Cardiff Arms Park.”

Wales captain Siwan Lillicrap said: “Throughout that game I didn’t feel panicked at all. I knew the capability of the squad and the belief in the squad.

“I knew what we had in our locker. We pressed and were unlucky not to convert on occasion but I never felt worried or panicked which is testament to the whole squad because we knew what we could achieve.

“That was a great Test match but to stick in that game and stick with the process to come out with the result is absolutely massive.

“We’ll enjoy each other’s company tonight but we have to go out and do it again next week.

This was an absolutely incredible game yesterday. So glad Women’s Rugby is finally getting the coverage it deserves. And congratulations to Wales on a very well deserved win. Proof that full time contracts can make a huge difference. 🏴󠁧󠁢󠁷󠁬󠁳󠁿🏉🏴󠁧󠁢󠁷󠁬󠁳󠁿🏉 #welshandproud

“But that result means more than you could imagine as players. We were potentially in our darkest spot 12 months ago.

“To turn that around from a heavy defeat 12 months ago is massive. The growth we have had is phenomenal in a short space of time.

“It’s a super happy place, the girls are enjoying each other’s company. Lots of singing and smiles on faces.

“That’s the result of hard work, determination and we know internally how hard we have worked. That’s the emotion of happiness to come out on the right side of the result today.

“The wind will be in our sails (next week), we’ll work hard this week and want to put a good performance in at Cardiff in front of our home crowd and hopefully get the result again.

“You are only as good as your last result so the hard work starts again when we’re back in Cardiff.”