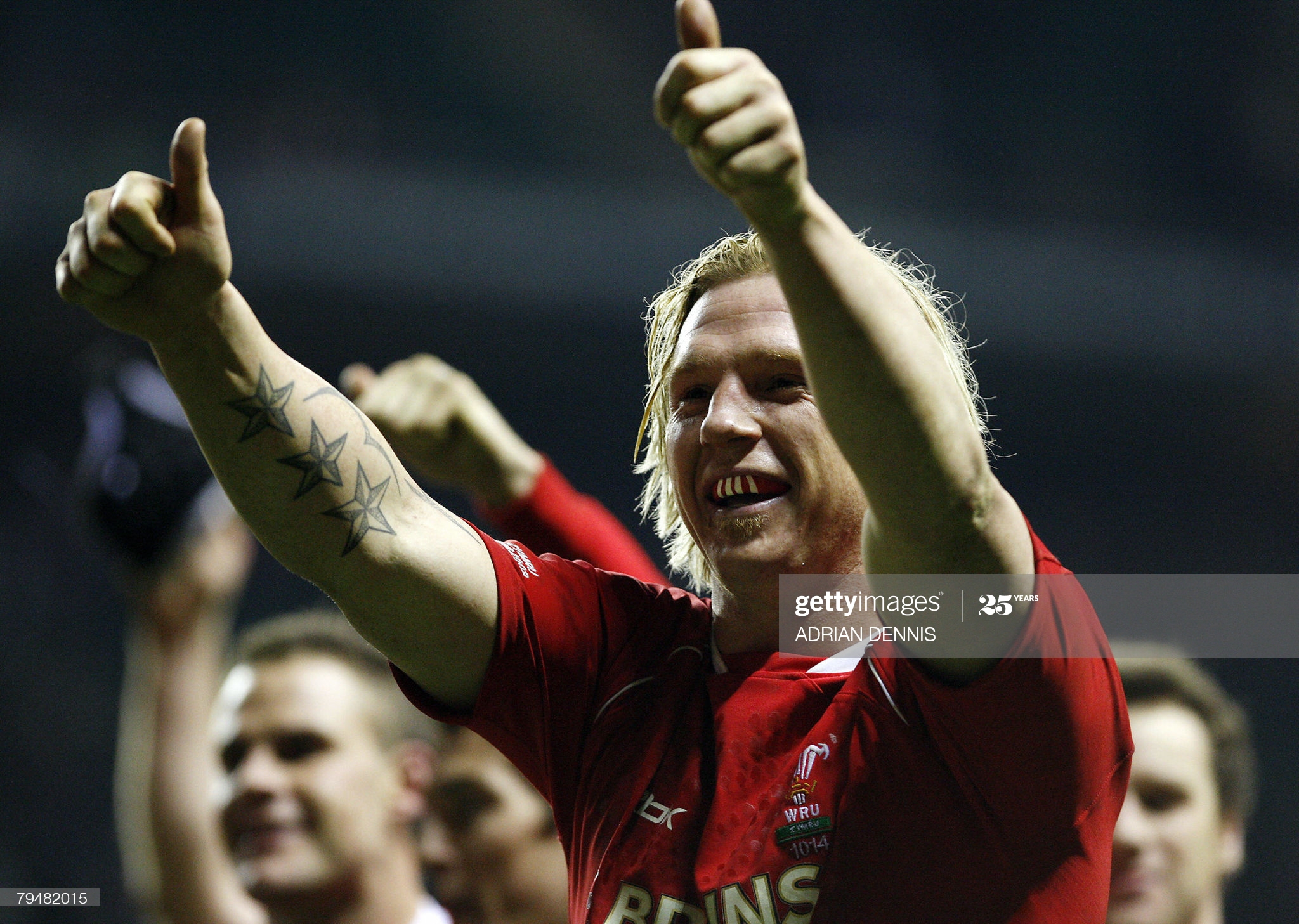 Former Wales No.8 Alix Popham is part of a group of former internationals who are planning legal action for negligence against the rugby authorities over brain injuries they have suffered, the law firm leading the case has announced.

Popham – who has been diagnosed with early onset dementia – is part of a ‘test group’ for a potentially much larger action along with former England players Steve Thompson and Michael Lipman, according to Rylands Law.

The planned action is against World Rugby, the Rugby Football Union and the Welsh Rugby Union, for “failure to protect (the claimants) from the risks caused by concussions”.

The players have also created 15 ‘commandments’ which they feel World Rugby should adopt to make the game safer.

Thompson, Lipman and Popham are part of a test group of eight players, but Richard Boardman from Rylands Law says he is representing more than 100 players whose ages range from their 20s to their 50s, many of whom are showing symptoms of neurological problems.

“I don’t want to be a burden on anybody. That’s the thing that plays on my mind.”
Ex-Wales flanker Alix Popham on early onset dementia diagnosis

“The vast majority of the former players we represent love the game and don’t want to see it harmed in any way,” Boardman said.

“They just want to make it safer so current and future generations don’t end up like them. This is why we’re asking World Rugby to make a number of immediate, relatively low-cost changes.”

He said the diagnosis turned his world upside down.

“We had an answer as to why I was struggling so much, but my future looked so bleak. Mel and I only married last year, we were hoping to have another child too, but that’s just not going to be possible now,” said Popham.

Steve Thompson says he can’t remember playing in the 2003 World Cup final – something he believes is a result of brain damage he sustained playing rugby.

“We can’t do that knowing my diagnosis and what this means.”

“I have no recollection of winning the World Cup in 2003 or of being in Australia for the tournament,” he said.

“Knowing what I know now, I wish that I had never turned professional. I went from working on a building site and training twice a week to training every day, sometimes twice a day.

“Many of those training sessions were contact sessions using a scrummage machine and I would be in the thick of things, with all the pressure pushed on me.

“It was not uncommon for me to be left dazed, seeing white spots and not knowing where I was for a few seconds, sometimes I would pass out completely.

“It was just an accepted part and parcel of training.

“I really wished that I had ended my career earlier, maybe my diagnosis might not be so bleak.”

Lipman, 40, was diagnosed with early onset dementia and probable CTE three weeks ago.

“This is something I will be battling forever and ultimately I won’t win,” he said.

“I am a walking time bomb. I feel like I am treading on eggshells with myself.”

Boardman, who has instructed Susan Conway QC of 39 Essex Chambers in relation to the planned action, added: “We know that senior figures in the game have been discussing the issue of head injuries since at least 1975.

“Yet, inexplicably, the game’s approach to concussion seems to have become less progressive in the professional era, as evidenced by the three-week mandatory break following a concussion being reduced to just six days in 2011.

“Whilst health and safety has moved in the wrong direction, the professional game has become a game with increasing collisions as players get heavier, stronger and faster.”

The 15 commandments to make the game safer include an acknowledgement from World Rugby that playing the game can lead to CTE and other neurodegenerative diseases, the abolition of zero-hour contracts which compel players to play when injured in order to get paid, a limit to the number of contact sessions permitted in training, better sideline testing and more considerate use of substitutions.

Much will depend upon the state of medical/scientific understanding of concussion at the relevant times.

For example, in the early 80s it may be that there was no indication that concussion might cause long-term complications but, by the early 2000s, there was.

The announcement cited the example of the ‘bomb squad’ scenario in the 2019 World Cup final where six 18-stone South Africans came off the bench in the second half.

The group are also calling for a central database to record head injuries, better aftercare for retired players and the removal of the reliance on MRI scans to rule out brain trauma.