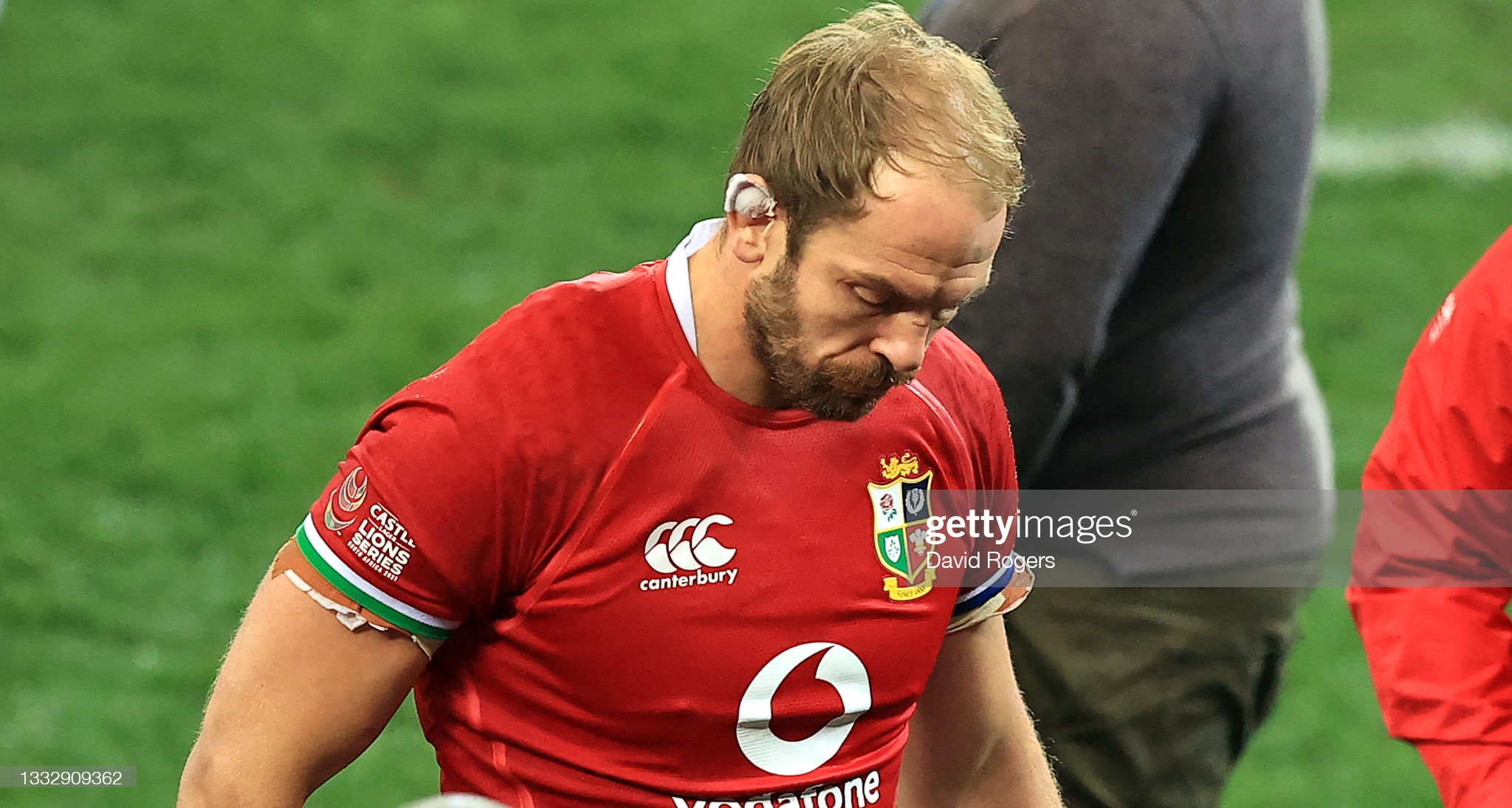 Alun Wyn Jones battled with his emotions after his British and Irish Lions were dramatically beaten 19-16 by South Africa in the deciding Test, with the hosts clinching the series 2-1.

“Obviously we are hugely disappointed with the result but I think the endeavour and the turnaround was there from last week,” said Jones.

“We were in it until the death. I’m very proud of the bunch, very conscious of what we represent but hugely disappointed. We wanted to come out for the second half with more of the same.

“We did that probably after the early exchanges, then the to-ing and fro-ing with the penalties broke up the game.

“It was probably similar to what we have seen in patches in previous games, we wanted to kick on but we could not do that.”

Morne Steyn stepped off the bench to break Lions hearts for a second time by landing a late penalty in Cape Town.

In a cruel twist of fate, the 37-year-old also sealed the fate of the 2009 Lions when he booted another late penalty which gave South Africa an unassailable 2-0 lead after a 28-25 win in the second Test.

This time the Lions produced their best rugby of the series in a first half they lit up with offloads, tempo and ambition and went into the break 10-6 up, but they lost their momentum in the second half as the Springboks piled on the pressure.

Jones, though, felt the Lions could still take “huge pride” from their efforts in what was a testing tour.

“To just fall short on a couple of calls is disappointing,” he said.

After completing his fourth Lions tour, the Wales captain did not want to be drawn on whether or not it would be his last time in the red jersey.

“This one, in particular, I had to work harder the second time to get out here,” he said. “I know a lot of these guys will be out here on the next one, so I look forward to watching them.”

Jones equalled Graham Price’s record of playing in 12 consecutive Lions Test matches, but it was not enough to stop the tourists from slipping to a heart-breaking defeat to the Springboks.

He said: “You see how much it meant to Alun Wyn. I think the Lions were much the better side, missed their opportunities in that first half. They could have been 10, 12 points clear.

“The quality of the rugby was so different to what we’d seen before and South Africa were left wondering what they were doing.

“Finn Russell had a huge part to play (today). I never thought I would see the same circumstances again, two tours in South Africa.”

Gatland is due back at the Chiefs, having been on sabbatical from the New Zealand franchise, but after failing to clinch a second series win as Lions head coach – having also drawn against the All Blacks four years ago – Gatland has not ruled out another tour in four years’ time.

Following the series in New Zealand, Gatland said he “hated” the intense scrutiny in his home country and would not take the head coach’s job again. “Unfinished business” prompted a change of heart, however, and the agonising nature of the defeat by the Springboks could persuade him to stay on.

“It’s something I’ll reflect on,” he said. “I’m incredibly proud of my involvement and I’ve been very, very fortunate. I’m very passionate about the Lions.

“I fly back to New Zealand [on Sunday] and start thinking about my role with the Chiefs. A long flight and then 14 days’ isolation in a hotel – that’s the least of what I’m looking forward to doing.

“It’s going to be tough having been in isolation already for the last eight weeks. So there’s another challenging couple of weeks ahead.

Warren Gatland spoke well after the match. The grace that was lacking in the host coaching team. Gatland has kept the Lions going for 12 years, different class

“And I think that time on my own will be a good chance to think what the next chapter of my life is going to be. I haven’t got any long term plans, so it’s just a bit of wait and see.

“The thing about Lions tours is that they’re so intensive, not just for the players but for the staff as well.”

Whether he or someone else takes the reins in Australia, Gatland is desperate for the Lions to be granted more preparation time for the 2025 tour.

This year players involved in the Premiership final did not join up with the squad until the day they departed for South Africa, while players taking part in the Premiership semi-finals were unable to attend all of the two-week preparation camp in Jersey.

Gatland has pleaded for more preparation time in the past, but the clubs have been reluctant to listen and had threatened to block all players from attending the Jersey camp, even if their domestic commitments had finished.

Warren Gatland has urged organisers to provide more preparation time for the next @lionsofficial Lions tour to give a greater chance of success – by @EdwardJElliothttps://t.co/pKS7fGM84h

“It’s just about the Lions talking to the clubs and unions about having that adequate preparation time to go on a tour,” said Gatland.

“As the Lions, when you’re putting together the best players from the northern hemisphere, we get less preparation time than the national teams do when they go on their own tours.

“It’s a common theme. I’ve been continually saying it. Hopefully in the next six months they can iron that out and we can get the schedule for four years’ time tidied up in terms of when finals are on, so that you can get the whole squad together for a couple of weeks before you go on tour.

“That would make a lot of difference in terms of helping preparation.”