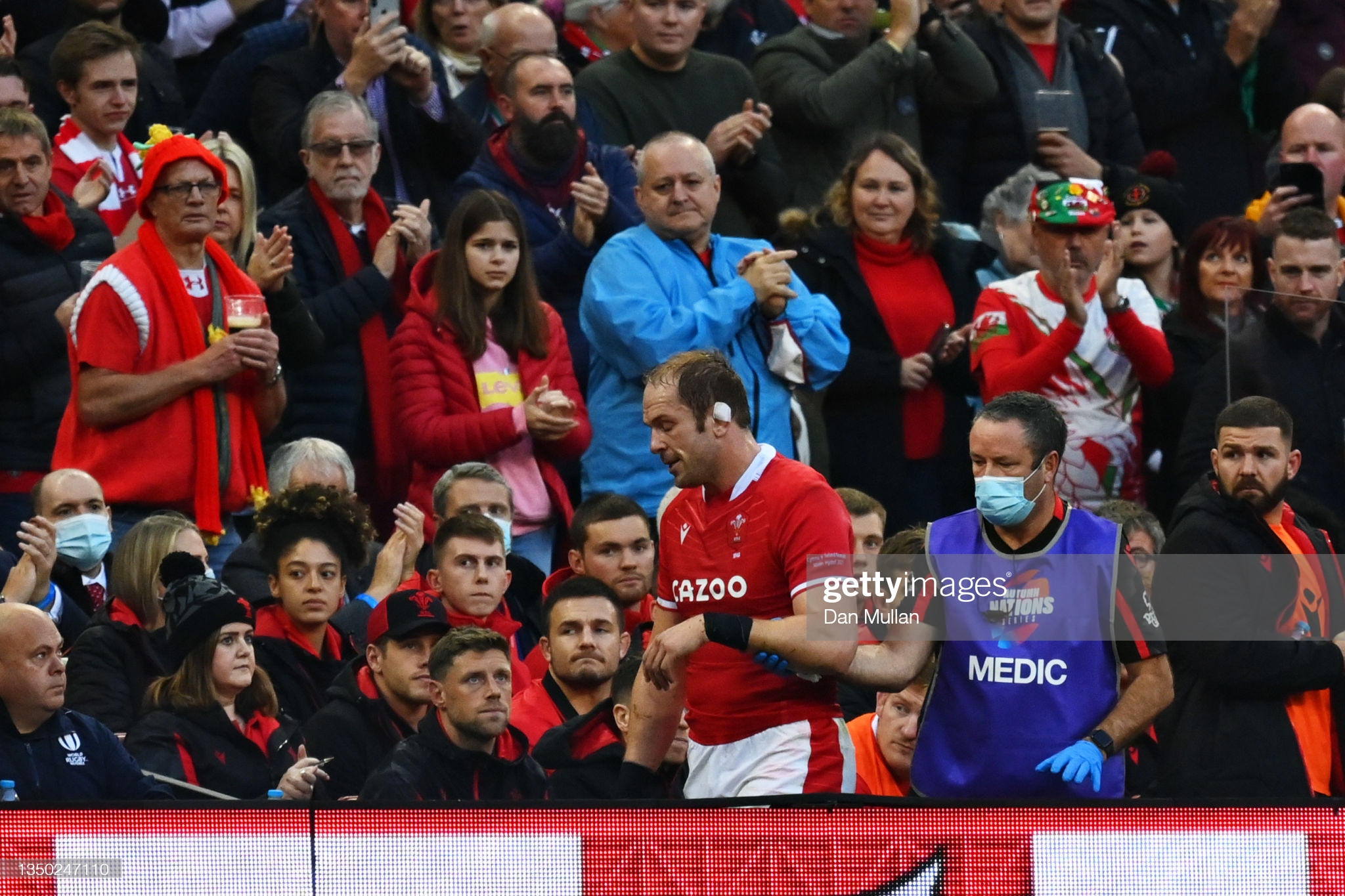 Alun Wyn Jones is in danger of missing the rest of the season after he undergoes surgery on his injured shoulder.

The Wales captain has already been ruled out of the remainder of the autumn series after sustaining the injury in the opening match against New Zealand last week.

But now the official Six Nations website are reporting that Jones is also in danger of missing the Six Nations that runs until March 19.

That would be a huge blow to Wales, depriving them of their inspirational 149-cap captain and second row for the defence of their trophy.

Jones, who was setting his world record cap mark for a national team when he went down clutching his left shoulder midway through the first half, evoking memories of the injury from which he battled back to lead the British & Irish Lions in South Africa.

Wales confirmed on Tuesday evening that the 36-year-old now faces surgery and number of months out of action.

But if what was framed as a two to three month absence becomes a six-month spell on the sidelines then it represents a far more significant loss for Wales coach Wayne Pivac.

Jones was injured in the first half in Cardiff in the same shoulder the Wales captain hurt during the Lions’ match with Japan at Murrayfield four months ago. On that occasion, he made a startling recovery to captain the touring side throughout their three-Test series in South Africa.

Taulupe Faletau has also been released from the Wales squad after sustaining an ankle injury while training at Bath.

The No 8 also confirmed he will leave the club at the end of the season. Faletau, who is reportedly set to join Cardiff in the summer, has not played this season and only linked up with the Wales squad on Monday.

Cardiff Rugby’s Shane Lewis-Hughes and Ospreys’ Rhys Davies have been called into the squad.

Lewis-Hughes, 23, has three Test caps since making his international debut against Scotland in October 2020. He also featured against Ireland and England in last year’s Autumn Nations Cup.

Lock Davies, 22, made Wales’ summer squad but is yet to make his senior debut.

“I hard to work hard to get out here a second time.”

An emotional Alun Wyn Jones looks back on his time as a British and Irish Lion after his 12th Test in the jersey…🦁 pic.twitter.com/mTQI2a1TmF

The South Africa coach, Jacques Nienaber, has made four changes to the team that defeated the All Blacks in their most recent match, two of them forced by injury and unavailability.

Damian Willemse will make his fourth start at full-back in place of a rested Willie Le Roux in a move Nienaber described as “a little side project”.

Jesse Kriel takes over on the wing from Sbu Nkosi, who is stranded in South Africa awaiting his visa, while Herschel Jantjies starts at scrum-half in place of the injured Faf de Klerk.

“Damian and Herschel have featured off the bench a fair bit and this is an opportunity to give them a chance to start as we look to build our squad depth ahead of the 2023 Rugby World Cup,” Nienaber said.

“If we had to play a World Cup final on the weekend, we would probably select Willie because of his experience.

“But this is an ideal situation to allow Damian to settle himself into the full-back position. It’s a little side project. We always want to win but we want to develop and transform and this is an ideal opportunity for us to get some experience into guys on this end-of-year tour.”

The Springboks are also without the winger Cheslin Kolbe and the world player of the year, Pieter-Steph du Toit, due to injury for their British tour, which also features matches against Scotland and England.

Nienaber is expecting a much-changed Wales team as his side go in search of a first win at the Principality Stadium for eight years.

“Wales is going to be a nice challenge for us, especially if you look at our record here in Cardiff,” he said.

“Because they are physical, they will go toe to toe with us in that department and you will see there are no changes to our starting pack that beat New Zealand in the Rugby Championship. We will have to be at our best physically if we want to get a result this week.”