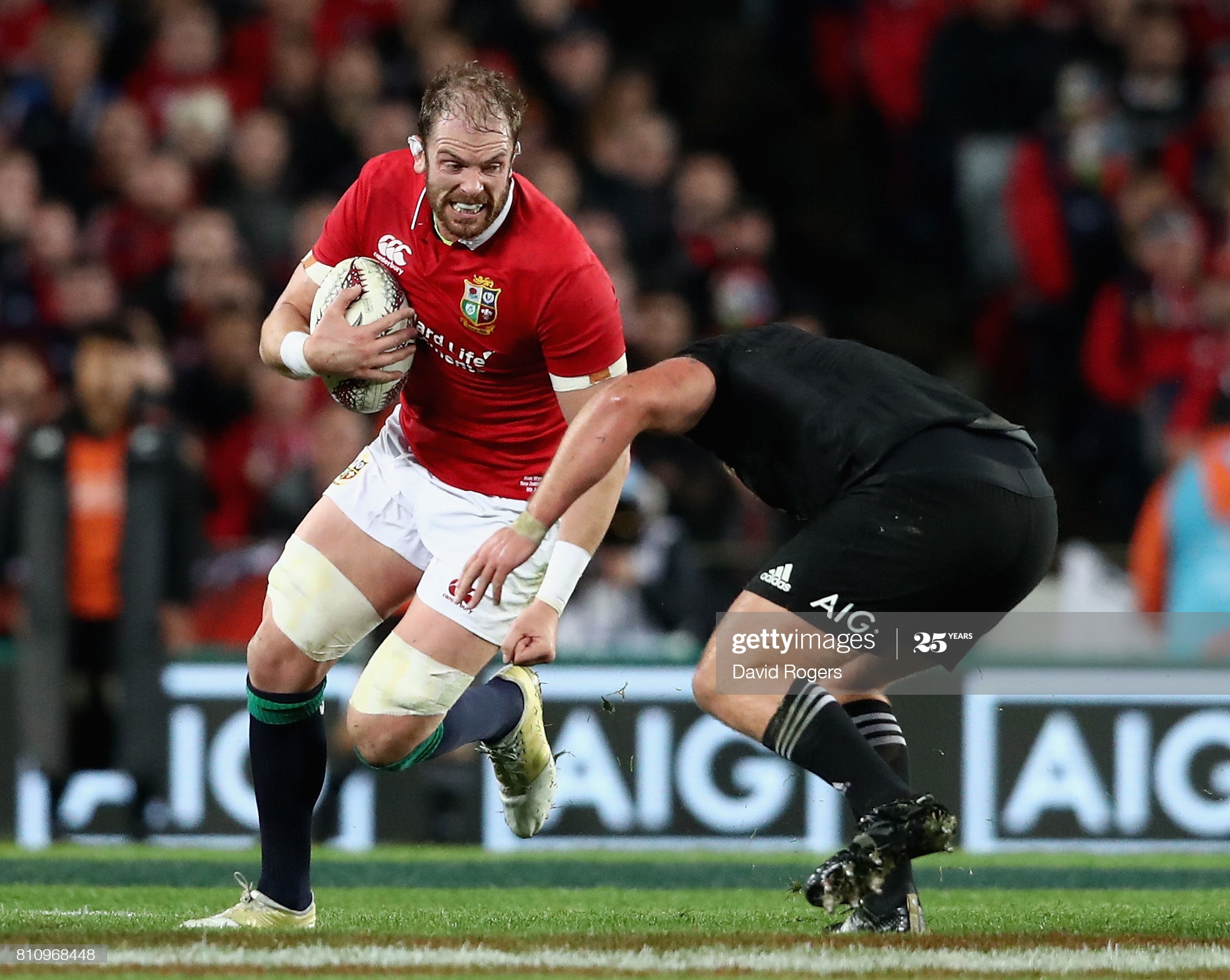 Alun Wyn Jones on the charge for the British & Irish Lions against New Zealand in 2017. Pic: David Rogers/Getty Images

The roomies are set to face each other on Friday when Wales begin their Autumn Nations Cup campaign against Ireland in Dublin on Friday.

The duo formed a good bond on and off the pitch during the Lions tour to New Zealand in 2017.

“I roomed with him, he was a great lad, he was insightful in almost everything you chat to him about,” Ulster skipper Henderson said of the Wales skipper.

“He obviously adds a fair bit of oomph, if you like, to their pack.

“He’s an absolute pest when it comes to breakdown and maul time, scrum time. The scrum generally looks a bit stronger when he’s in behind there.

Wales will need the world’s most capped player to bring that ‘oomph’ as Wayne Pivac’s side try to end a miserable run of five straight defeats which saw defence coach Byron Hayward depart this week.

“In terms of the charisma he brings to the team, obviously he’s captained them a lot and has a lot of leadership qualities, which you see coming out.,” added Henderson.

“Those are things that he brings and trying to negate that is difficult because he is a relatively resilient character who will continue to bring that irrespective of how the game’s going for them.

Henderson is expected to be recalled to the Ireland team after a three week ban for a red card for making contact with Ospreys back Dan Evans last month when Jones was also playing.

“I think if anything it was probably clumsy,” the 28-year-old said of the sending off.

“I joked about it afterwards that had it been maybe 50 minutes earlier in the game, I may have got in better body shape, a bit of fatigue kicked in there.

“It was stupid on my behalf, especially trying to close out a game like that – you don’t want to be giving anything stupid away, so that’s probably a frustration for me.

“I put my hands up and say it shouldn’t have happened and again it’s discipline, something I’ve had to work on a few times, so I will be looking to stamp that out of my game.”