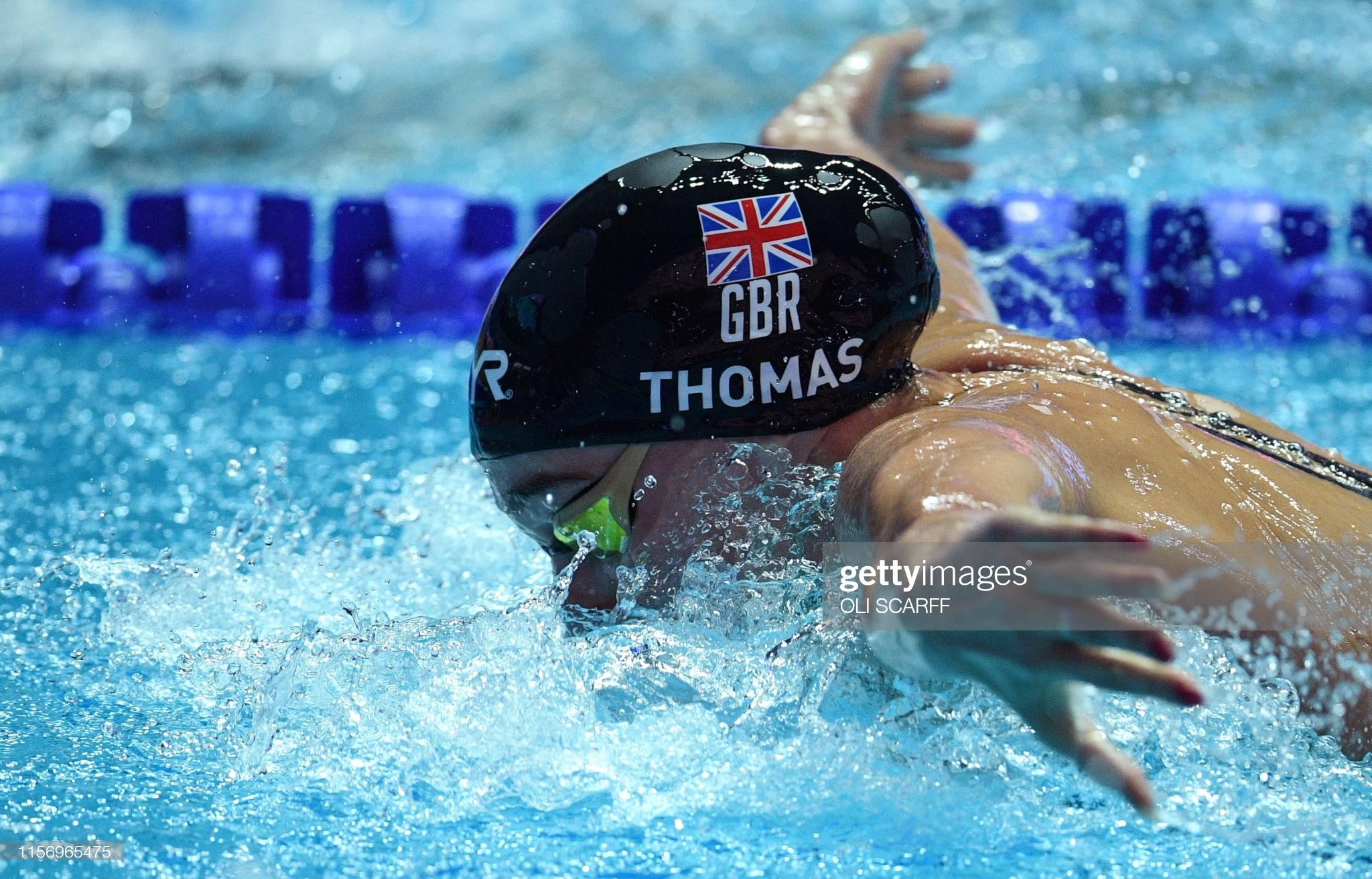 Alys Thomas will realise her dream of a first Olympic Games this summer after being named as one of a record six Welsh swimmers who are heading to Tokyo with the Great Britain squad.

At 30, Thomas will be the oldest swimmer in the 24-strong group, but as she proved in becoming Commonwealth champion 18 months ago, hers is a career that is defying convention in the sport and she will head to Japan as a genuine medal prospect in the women’s 200m butterfly.

Joining Thomas will be Harriet Jones – after her stunning showing at the recent British selection trials – along with Dan Jervis, Matt Richards, Calum Jarvis and Kieran Bird, who also upset the form book at the trials with a huge personal best in the 400m freestyle.

All six will be making their Olympic debuts in a Games that will take place in July, a year after it was originally to be held.

The half dozen total beats the four Welsh swimmers who went to Rio in 2016, when Jazz Carlin, Ieuan Lloyd, Georgia Davies and Chloe Tutton made Team GB.

Three of the Welsh six – Thomas, Jones and Jervis – are based at the National High Performance Centre in Swansea.

Richards, Jarvis and Bird are all based at the English National Centre in Bath.

Thomas has previously represented GB at World and European Championship level, but this will be her first Olympics.

She will be joined by fellow Swansea swimmer Jones, who won the 100m butterfly at the trials in a personal best time and Jervis, who triumphed in the 800m freestyle but who had to wait until the 1500m freestyle to get inside the qualifying time.

Richards, just 18, broke two Welsh records at the trials in finishing second in the 100m freestyle and then third in the 200m.

Bird, who grew up in Oxfordshire, followed up his 400m freestyle win at the trials by finishing second behind Jervis in the 800m free.

Jarvis finished fifth in a personal best time in the 200m freestyle at the trials – an event where Britain has unrivalled depth – and will be part of the 4x200m relay squad for Tokyo.

Swim Wales national performance director Ross Nicholas said: “We are delighted to see such an outstanding representation of Welsh Swimmers on the GB Olympic Team for Tokyo.

“We are all incredibly proud of their performances at the selection trials in London and I would like to congratulate them, their coaches and their support teams on this incredible achievement.

“Representing Great Britain at an Olympic Games is the pinnacle for any British swimmer and we look forward to supporting their preparation over the coming months in the lead up to the Olympic Games.

“The last 12 months has been the most challenging year that we have faced as a sport and I hope the performances and selection of Alys, Dan, Harriet, Matt, Kieran and Calum will provide inspiration to all of the swimmers and clubs across Wales as they look to return to pool training over the coming weeks.”

Swim Wales chief executive Fergus Feeney said: “I wish to congratulate them on their selection and wish them all the very best for the Olympic Games this summer.

“I would also like to recognise the incredible contribution of the coaches and sports science teams that have supported these athletes along their journey from their club environments as developing athletes through to the high performance teams they now work with. Llongyfarchiadau, da iawn chi!”