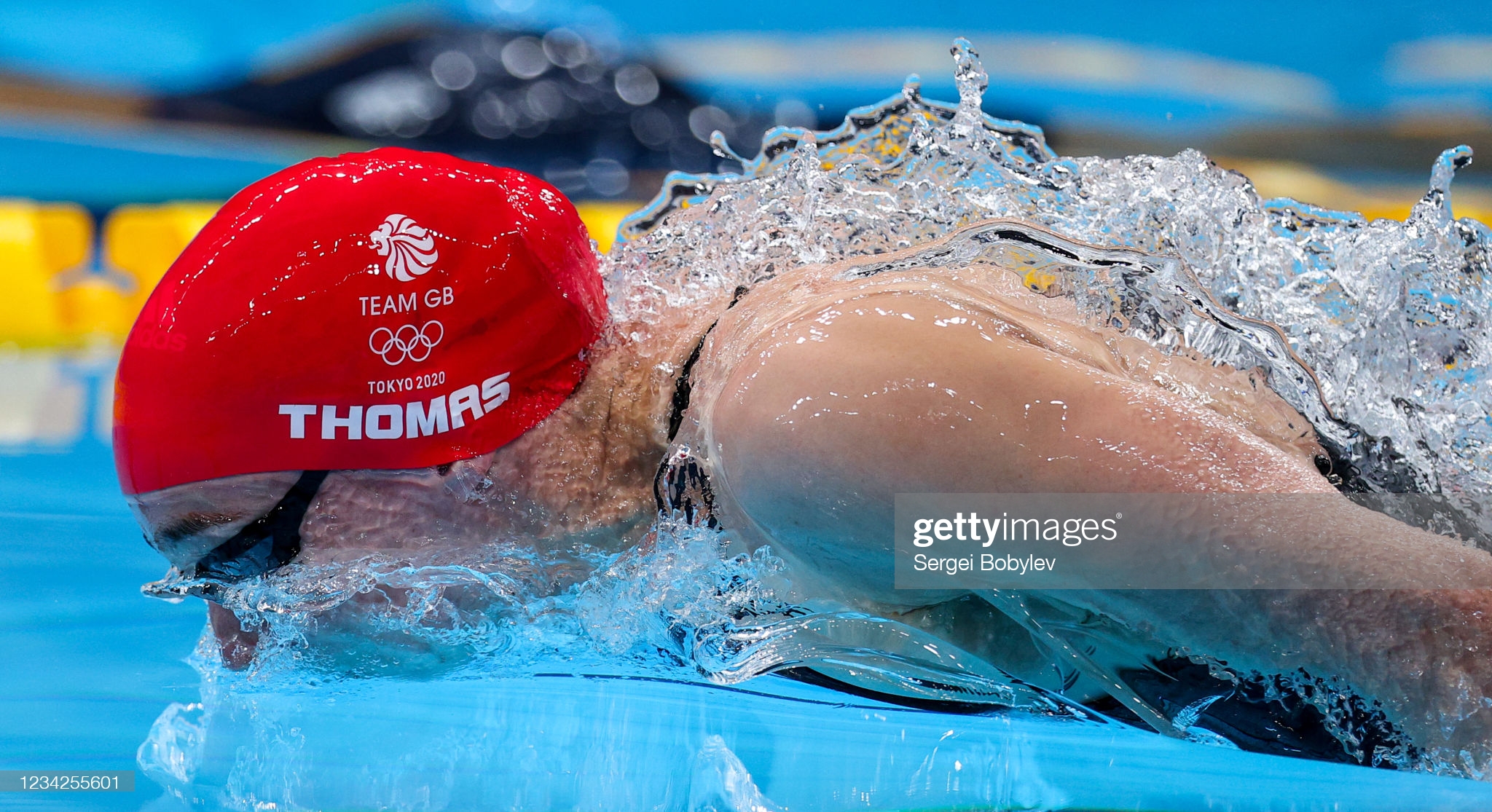 Alys Thomas delivered her fastest time of the year to place seventh in a rapid women’s 200m butterfly Olympic final in Tokyo.

The Swim Wales and Swansea Aquatics competitor, making her Olympic debut aged 30, moved things on from her semi-final efforts in emphatic style, knocking more than a second off that time in a contest that saw China’s Zhang Yufei break the Games record to take gold.

While the 2018 Commonwealth Games champion did not finish on the podium, there was still plenty of positives for Thomas to reflect on at the Tokyo Aquatics Centre.

She finished in a time of 2:07.90, four seconds behind Zhang and just over two seconds behind the American pair of Regan Smith and Hali Flickinger, who took silver and bronze respectively.

“I was trying to not overthink it,” said Thomas, who was around two-and-a-half seconds behind her Commonwealth Games winning and personal best time of 2:05.45, which would have earned her bronze had she repeated that mark in Tokyo.

“I felt a wave of emotion in the warm-up and I can feel it coming on now, but I’ve just got to be proud of myself – and to get to an Olympic final means the world to me.”

Thomas, who works with coach Stuart McNarry and Welsh performance director Ross Nicholas, was frustrated she wasn’t able to repeat her stunning Gold Coast form of 2018, but insists there is more to come after a disrupted build-up to these Games.

“I was pleased to go faster there, that’s what I wanted. I know I’m capable of more, that’s the frustrating thing, but perspective is a massive thing.

“I’ve got to take into consideration the last 18 months or so. Our coaches in Swansea have been fantastic to put a whole routine in place throughout that time.

“I was on the spin bike, I was doing weights in the garden, all sorts of stuff to nail a routine every day when we couldn’t get out the house last year – and thank goodness they did, it kept me sane.

“Then getting back into the pool was great and kept the motivation coming.”

I am an Olympian, an Olympic Finalist. I am incredibly proud of myself through what has been such a tough 18months I could not thank those enough who have been there at my lows and helped me reach the highs. Thank you from the heart ♥️ pic.twitter.com/aHK8V5o0QK

Thomas was in eighth position after 50m, moved up to sixth spot in the middle part of the race, but fell back to seventh after the final turn.

Dan Jervis starts his men’s 1500m freestyle campaign on Friday, when the Welsh ace goes in the heats with the final scheduled for Sunday.