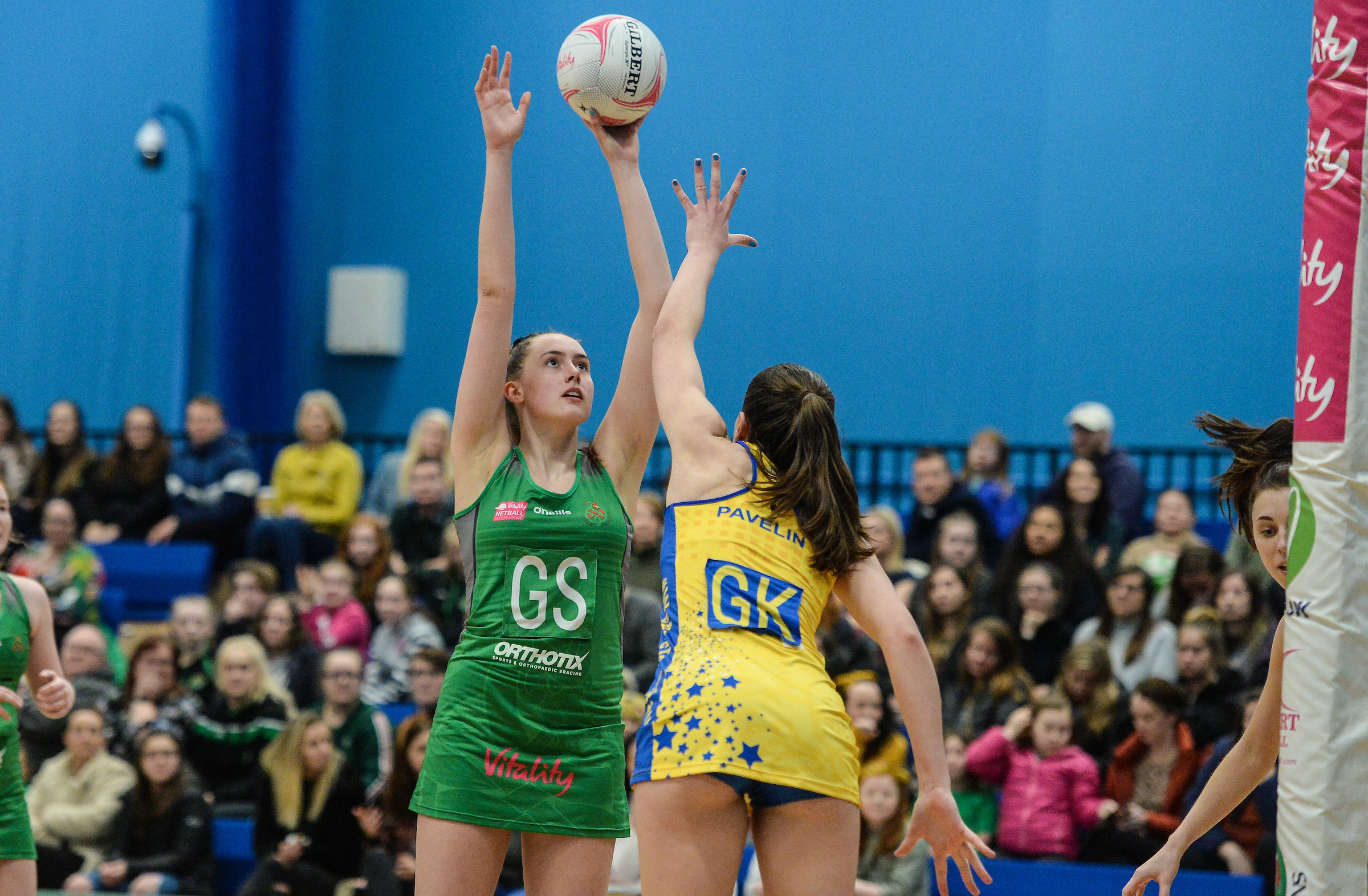 Shooter Amy Clinton has re-signed for Celtic Dragons for the Vitality Netball Superleague season in 2021.

The former England U21 player, who joined from Loughborough Lightning last season, appeared in all three of the 2020 games before the COVID-19 suspension.

Clinton also played a prominent role in the Dragons’ debut at the British Fast5 All-Stars competition in London where the team made it all the way through to the semi-final.

“I re-signed with Celtic Dragons this year because I loved my time there last year, and felt like I was always learning,” said Clinton.

“Everyone in the franchise was really supportive and I felt like we pushed each other to develop and progress every week.”

“This year I’d love to push on from last season and continue developing partnerships with other players, as well as develop my own performance.

“I want to have a positive impact within the squad, and I’m really excited to see the squad hitting its full potential.”

Clinton has enjoyed a successful and varied Superleague career to date, having featured not only for Lightning but also Manchester Thunder in previous years.

The 23-year-old won a bronze medal with England U21 at the Netball World Youth Cup back in 2017.

“Despite still being so young she has amassed some great experience in her career to date.

“Amy has a fantastic temperament and this matches her poise and skill in front of goal.

“At Superleague level you need to be consistent in the shooting position and to remain calm despite what is going on around you and these are qualities that Amy brings to the table.

“It is great to have her back with us for the coming year and I am confident that Superleague fans will be seeing plenty of Amy in the season to come.”