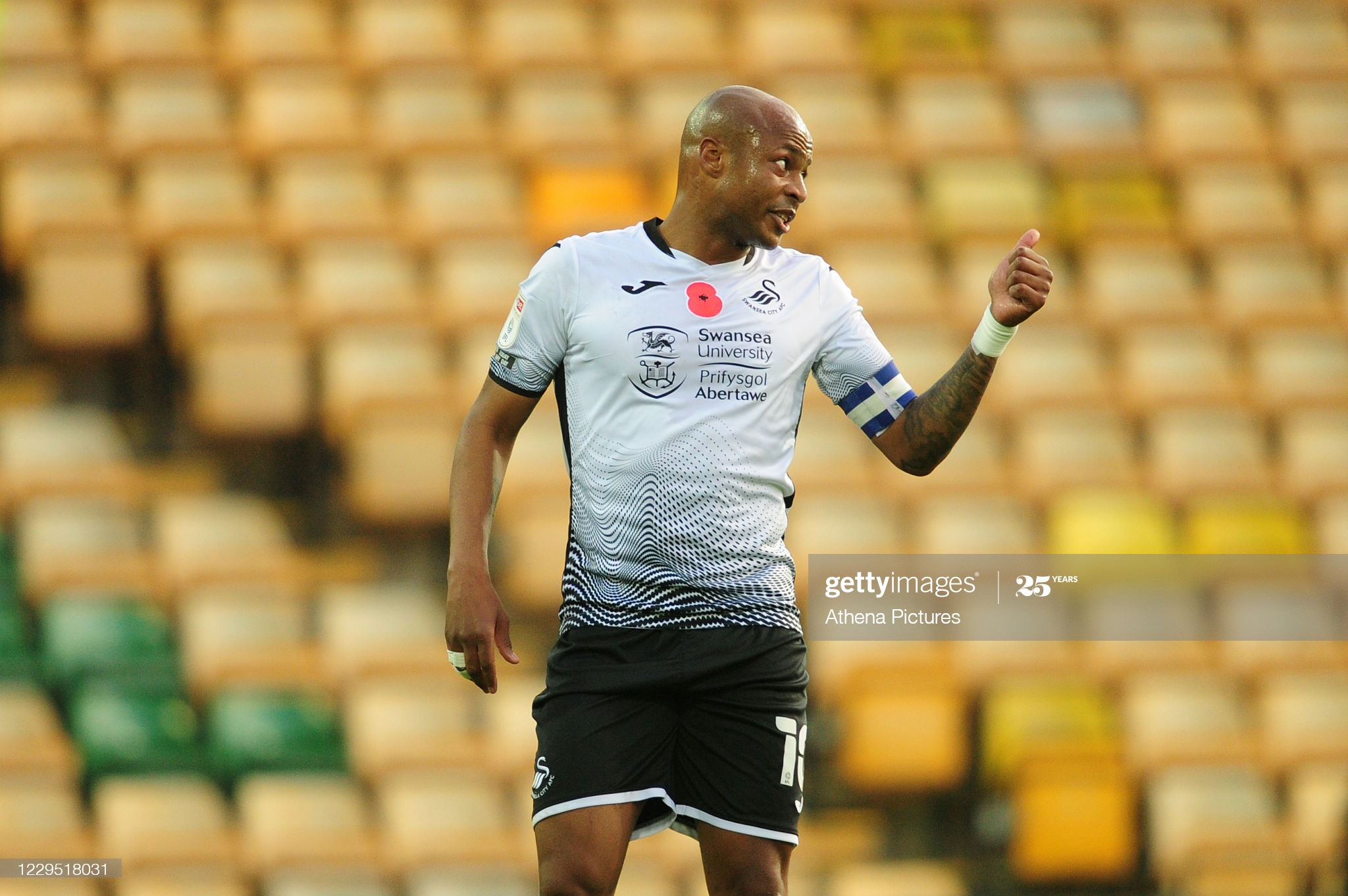 The forward missed Saturday’s victory over Rotherham United with a hamstring injury suffered while on international duty with Ghana.

Defender Marc Guehi could also be fit for the game at the Liberty Stadium after continuing to recover from a similar problem.

“We’re hopeful over the lads who missed the game at the weekend,” said Cooper, who will not risk the players if they are not 100 per cent.

“It is still a bit inconclusive, we’ve still got a couple of days but we’re working hard to get them ready.

“It’s too early to say yet, but we’re hopeful.

“We have a full day of rehab today and the physios are working hard as we also have players recovering from the game at the weekend.”

Ayew’s five goals have helped the Swans into fourth place in the standings on 22 points ahead of the visit of the Owls, now managed by Welshman Tony Pulis who succeeded sacked ex-Swans defender and manager Garry Monk.

Viktor Gyokeres and Jordon Garrick will be absent again as they continue to self-isolate following positive tests for Covid-19.

But the duo could be in contention for Saturday’s trip to Nottingham Forest.

“They don’t have any symptoms, they’re safe and well while going through the isolation period,” added Cooper.

“The club have been excellent in putting procedures in place. I don’t think you can stop it completely, nobody’s immune.

“But we are certainly sticking to the processes and doing our best to limit it.”