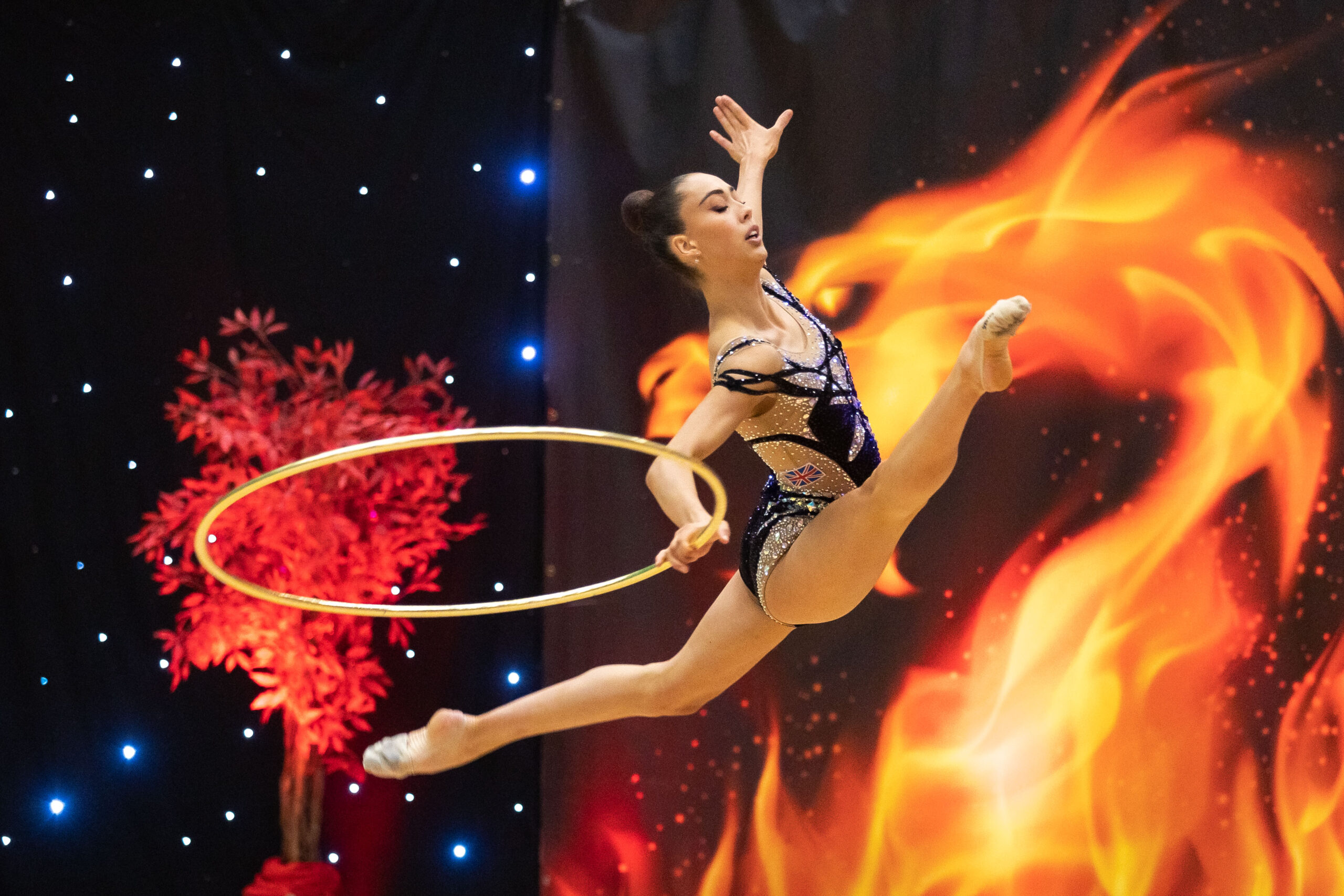 For the second time in a little over nine months there was a clean sweep for Gemma Frizelle at the Welsh Rhythmic Championships in Cardiff over the weekend – just days ahead of the Commonwealth Games team announcement.

The 24-year-old, who was part of Team Wales on Australia’s Gold Coast four years ago and looks set for a second Games in succession in Birmingham this summer, won the Welsh senior all-around title again on Saturday with an overall total of 112.300.

It meant she retains the title she won for the first time over the August bank holiday weekend last year, when this event marked a return for competitive gymnastics in Wales – after almost 18 months in hibernation as a result of the COVID-19 pandemic.

Carpenter took silver with an overall score of 93.500 with Cullen scoring 79.000 across her four pieces for bronze.

The trio, along with Elizabeth Popova – who didn’t compete here as she continues to work her way back after an ankle injury – now await news on Team Wales selection.

The gymnasts selected to compete at this summer’s Commonwealth Games will be revealed on June 15th.

This latest success for Frizelle followed on from her two apparatus medals at the British Rhythmic Championships in Telford a fortnight before when she scooped silver with the hoop and bagged bronze with the ball.