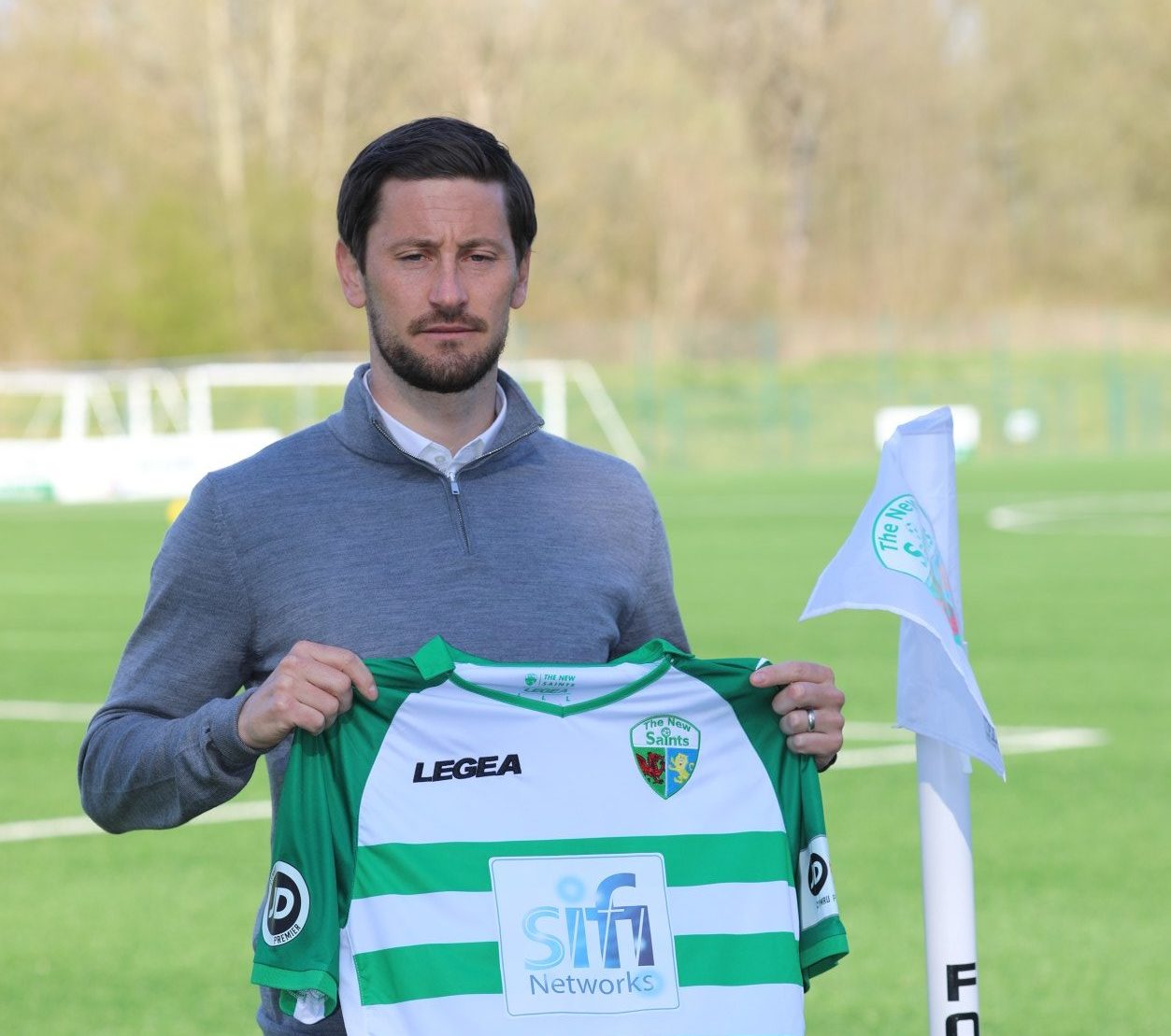 Australian-born Anthony Limbrick has been appointed as Head Coach of The New Saints following weeks of speculation surrounding the vacancy.

The announcement was made immediately after The New Saints 4-1 win over Caenarfon Town in which Limbrick watched from the stand.

Limbrick’s last role in football was working as assistant manager at Grimsby Town but the 38-year-old has extensive coaching experience in English football having worked closely with Mauricio Pochettino and Ronald Koeman as an academy coach at Southampton.

Limbrick will commence his duties with immediate effect working alongside with the club confirming that Christian Seargeant will be his assistant manager, whilst also continuing as the club’s head of coaching.

“I am delighted and proud to be joining this historic club. The New Saints have great football traditions that is based on winning, and I am going to work hard to make that happen consistently at the football club,” said Limbrick.

“I am excited to get started and work with the staff and players to have a strong finish to the season. I look forward to meeting you all when it is safe to do so, and enjoy this journey together.”

Saints chairman and owner Mike Harris described the appointment as the start of a new era for the club.

“Anthony’s attention to detail was an influencing factor in his appointment as the club embarks upon on new era, we welcome him to the club, leading the clubs target to achieve a place in the group stage of a UEFA Club Competition in the next two seasons.”

Speaking in an interview with TalkSport last year, Limbrick cited Mauricio Pochettino as a major influence after he got to know the Argentine through coaching his son at Southampton’s academy.

“I managed to get closer to Mauricio as I had a good relationship with his son. Watching his training sessions and the individual work he did with players was an excellent learning curve for me,” he said.

“The tempo and intensity the team trained at was something I had never seen before in my life. It was unbelievable.

“Ever since then I’ve implemented Mauricio’s work in every training session I conduct.

“The main premise for me is working harder in training than you do in the game. It’s about a lot of pressing, work rate and winning the ball back. Mauricio’s advice was invaluable.”

In 2017, Limbrick was appointed manager of National League side Woking but only lasted a season before being sacked, when he then joined Grimsby as assistant manager.

Limbrick takes over The New Saints with the side second in the Cymru Premier and expected to challenge fiercely for the title in Phase 2 of the season.

ROUND UP
The New Saints maintained the pressure on leaders Connah’s Quay with a comfortable win over Caernarfon, that also saw the Cofis cement a top-half finish in Phase 1.

Connah’s Quay’s three-point lead at the top remained intact despite going down a goal early on against Newtown at Latham Park.

Jamie Breese caused a stir as the hosts went ahead in the third minute before Craig Curran’s reply sending the sides in level at the break. Neil Danns and a Callum Morris penalty gave Connah’s Quay a 3-1 advantage with late goals from Michael Wilde and Jamie Insall putting the result beyond doubt.

Bala Town put their poor run of form behind them with a thumping 5-0 victory over lowly Flint Town United.

Lassana Mendes’ strike put Bala in front at the break with the Lakesiders looking to end a run of three-successive defeats.

Anthony Kay doubled their lead three minutes after the re-start with Chris Venables (2) and a delightful long range finish from Steven Leslie firing Colin Caton’s side back to winning ways.

Strikes either side of half-time from Sam Snaith and Mael Davies was enough to secure Penybont their first top-six finish in the league, keeping alive hopes of a possible European spot, leaving Haverfordwest County to settle for a place in the bottom-half.

Snaith’s powerful header at the end of a tepid opening half put Penybont on the front foot and a well-struck shot from Davies beat Matthew Turner from 25-yards.

Barry Town have been inconsistent since the re-start but Gavin Chesterfield will be hoping a late 2-1 win over Cardiff Met can kick-start their push for third.

Met, winless since the restart, responded well to going behind to Nat Jarvis’ second-half opener with Emlyn Lewis quickly restoring parity, but Evan Press claimed his third goal in two matches with a dramatic winner in added time.

Three first-half goals was enough for Aberystwyth Town to see off bottom side Cefn Druids as the Seasiders continue to fare well under Antonio Corbiseiro.

A blistering start saw John Owens and Matthew Jones (penalty) put Aber 2-0 up inside the opening seven-minutes with Louis Bradford adding a third midway through the opening half.

Alex Darling pegged a goal back for the manageress Ancients in the final 10-minutes with Aberystwyth finishing the game with ten-men following the dismissal of stopper Connor Roberts.