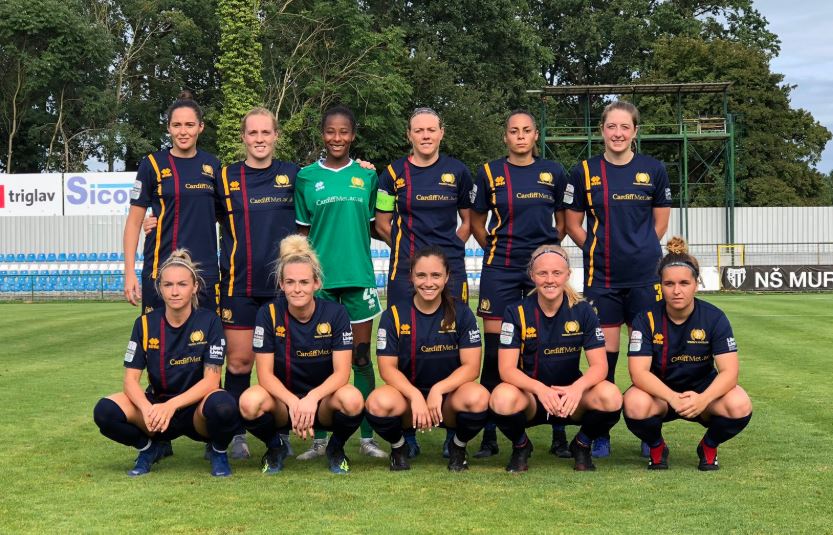 Cardiff Met Women ended their European adventure on a high by beating FC Nike of Georgia in their Champions League tie.

The 5-1 victory – in Slovenia – means the Archers completed their Group 3 campaign with two victories and a defeat from their three games, all played in the Slovenian city of Murska Sobota.

That record left them second in the group and makes them the most successful Welsh club to appear in the group stages of a European competition, although they were denied top spot by Hibernian Ladies.

The Scottish side have gone through to the last 32, with the key game being their 2-1 victory over Cardiff Met.

Madison Schupbach and Naomi Clipston both scored twice for the students in the win over Nike, with Robyn Pinder also on the scoresheet.

Had Cardiff Met gone through, they could have drawn the likes of Lyon, Barcelona, PSG or Bayern Munich in the last 32.