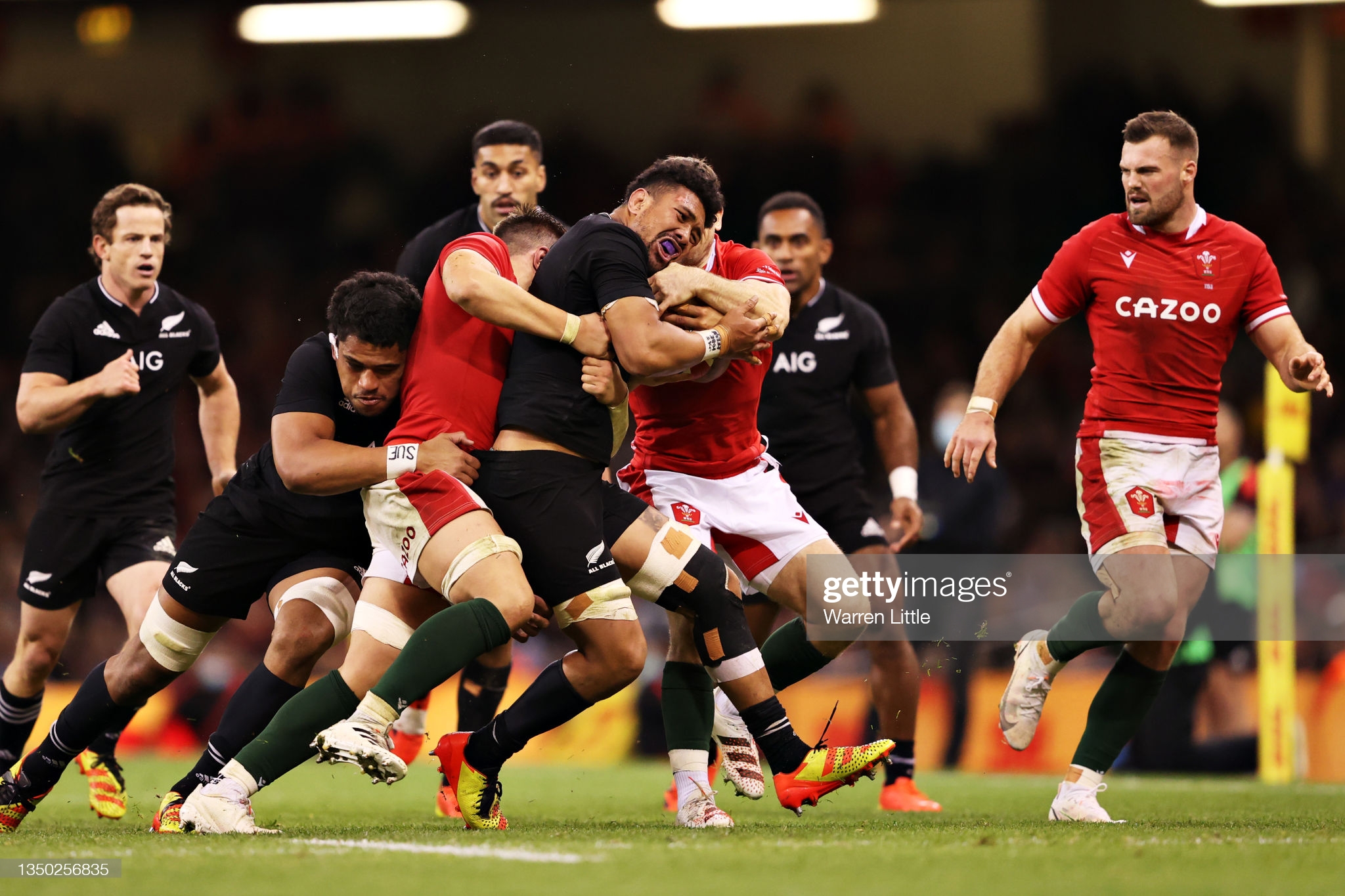 Back in 2013, Ardie Savea travelled to Europe as the All Blacks’ first non-playing apprentice.

Coach Steve Hansen wanted to “introduce him to the way of the All Black life.”

Eight years on and he is the apprentice turned master, although there was sufficient in the performance of Wales’ new boy Taine Basham on Saturday against New Zealand to suggest there is another back rower with the potential to learn quickly.

Savea is nicknamed ‘The washing machine’ for his constant, whirring attacking game and is now one of the finest loose forwards on the planet.

The 28-year-old has amassed 56 caps for his country and has always been a key asset to the All Blacks given his versatility to play across the back row.

On Saturday, he gave two try assists with an acrobatic scoring pass to Sevu Reece and a bulldozing carry and offload in TJ Perenara’s first half try.

He also made a crucial turnover in a threatening Welsh attack.

In all, Savea made eight carries with only Welsh openside Basham rivaling him with the same amount of ball carries.

Just completed my first rewatch of the #WALvNZL test & it confirmed my initial thoughts that IMO Ardie Savea delivered the most complete individual performance of any AB this year; my goodness the man is in some vein of form 🔥

Wales might have unearthed their own destructive attacker in Basham. He has a similar playing background to Savea as they have both converted from the centre to back row.

Both players are adept at beating defenders and running smart lines in attack. It would not be a surprise, in time, to see Basham feature across the Welsh back row, like Savea, given his impressive acceleration and power from the base of an attacking ruck, line-out, maul and scrum.

He could be quite potent if he was used at No.8 from scrums and the more touches he gets on the ball the better it would be for Wales.

He’s the modern hybrid back rower and similar to other current internationals such as Sam Simmonds of England, as well as Savea.

Basham has already scored 12 tries in his 53 Dragons appearances and scored his first career hat-trick a couple of years ago against Castres.

But Basham will now need to translate this impact into international tries to match the industrious  Savea.

Even though centurion Beauden Barrett was awarded man of the match, it was Savea who lit up the Principality Stadium.

The Hurricanes forward is coming into his vintage years and maturing into one of the best players and role models in rugby union.

“I love the debate about seven or eight because I have it myself,” said All Blacks coach Ian Foster of Savea’s ability to play either position to the highest standard.

“We haven’t always seen that this year, but I think we saw it tonight. He followed up the second South African Test, where I thought he was strong, and he’s backed that up again.”

Off the pitch, Savea has promoted the use of rugby goggles, supported youth mental health charities and created a podcast that encourages emotional well being.

Since that first trip to Europe eight years ago, he has certainly embraced the All Black way of life and has  become a great ambassador for his country and the sport.