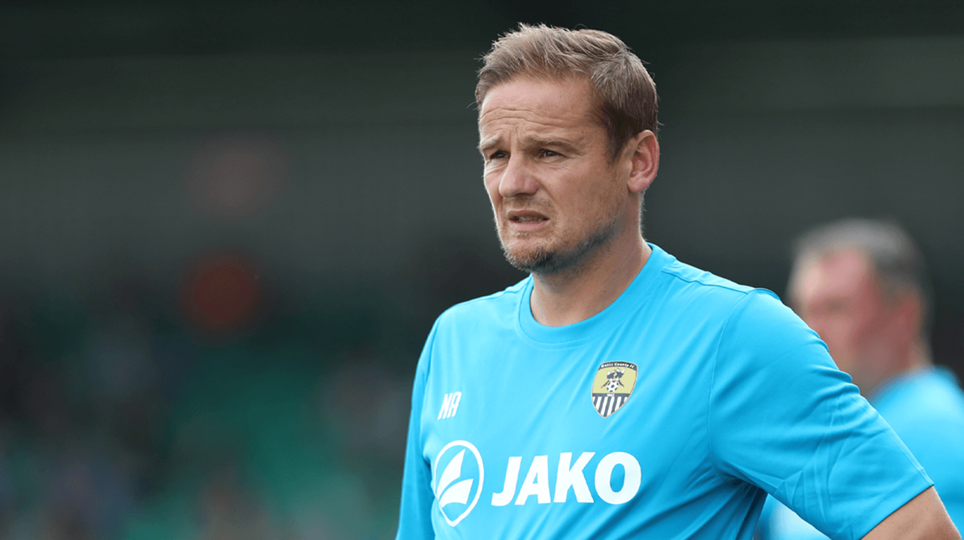 “Wrexham had one shot on goal and scored,” said Ardley after the Vanarama National League fixture at Meadow Lane.

“The stats that would indicate it was a winning performance and it was the same against Harrogate. They are steps in the right direction.”

Ardley and assistant manager Neil Cox, who played alongside Ardley for the Bluebirds, are working to lead County up the table.

Wrexham manager Bryan Hughes was delighted with the character shown by the Dragons when they were a goal down.

“We weren’t as fluid as we were against Halifax in midweek, but the character we showed to bounce back was great.

“A point away is always a bonus. The qualities which came out were refreshing.

”We all know we can play a little bit better on the ball, but overall it was a satisfying point.

“Overall, I was quite happy with everything, but some of the sticky situations we got ourselves in was down to our own doing.

“We gave them a little bit of impetus from individual errors.

“Notts County are in transition. They have a lot of new players and are tinkering with different formations. They are going to take points here over the course of the season so it will be a good point in the end.”

Former Huddersfield Town midfield player Regan Booty, aged 21, has started both games since signing for County and set Kristian Dennis up for his second of the season against Wrexham on Sunday.

“It was a really good performance and we deserved to win the game,” he said.

“Everybody was gutted that we only took one point, but you can see we are getting better. It’s a good group of lads and, due to the new additions, a lot of us are in the same position so we are growing closer every day.

▶️ WATCH | Devonté Redmond spoke to us after the 1-1 at @Official_NCFC.

“Denno did all the work for me with the assist – it was a great header from him at the back post to put it in the net.

“Next weekend is massive for us. We’ve got games Saturday and Monday, which give us a great chance to put points on the board.

“It’d be nice to turn two unbeaten into four and hopefully we get two wins next weekend.”

Wrexham have earned eight points from five matches so far and Devonte Redmond’s second half strike handed Wrexham earned the draw in Nottingham.

The Dragons now start a spell of five home fixtures in their next six games. That run starts against Barnet next Saturday before they travel to Hartlepool United.

Midway through the second half Booty’s deep cross was misjudged by goalkeeper Christian Dibble and Dennis arrived behind the keeper to head the Magpies into the lead.

Wrexham equalised on 74 minutes when Redmond grabbed his first goal since signing from Salford with a well struck effort from the edge of the penalty area.

Hughes left Meadow Lane with a hard-earned point and are now aiming to fire up their promotion hopes.