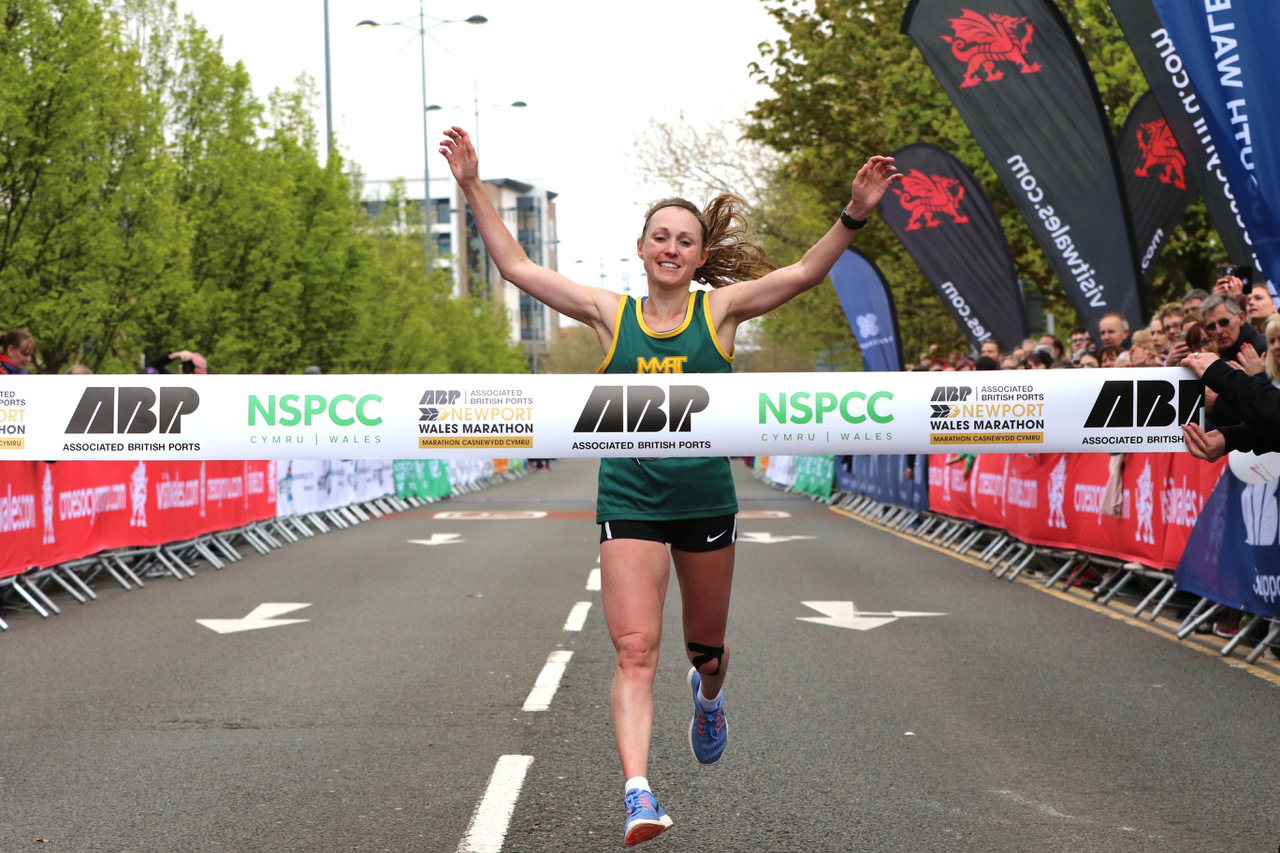 Natasha Cockram wins the women's race in the Newport Wales Marathon in 2018.

Four Welsh endurance runners are included on a list of British athletes offered funding from London Marathon Events (LME) for the 2020 season.

The athlete programme is part of a larger £350,000 funding commitment from LME including support of the World Class Performance Programme (WCPP) and training camps for British endurance athletes.

Nesbitt is preparing to represent Great Britain at the World University Cross Country Championships, while Cockram is the Welsh women’s marathon record holder.

The funding initiative, launched last year, is designed to provide a bridge for endurance runners to the WCPP and to improve the standard of British endurance running across all distances.

The athletes were shortlisted by a panel of British Athletics and London Marathon Events endurance experts and range from middle-distance runners to marathon specialists.

“Eight of our funded athletes were selected for the World Championships and now four of those have progressed onto the British Athletics Olympic Podium Potential Programme.

“The aim of this funding was to provide a pathway for talented endurance athletes and these results show it is working.

“We wish this year’s funded athletes every success and we hope to see a number of them in Team GB at the Olympic Games in Tokyo this summer.”

Other athletes with Welsh links included on the list are Cardiff Metropolitan University students Piers Copeland and Jake Smith, along with Swansea Harrier Verity Ockenden.