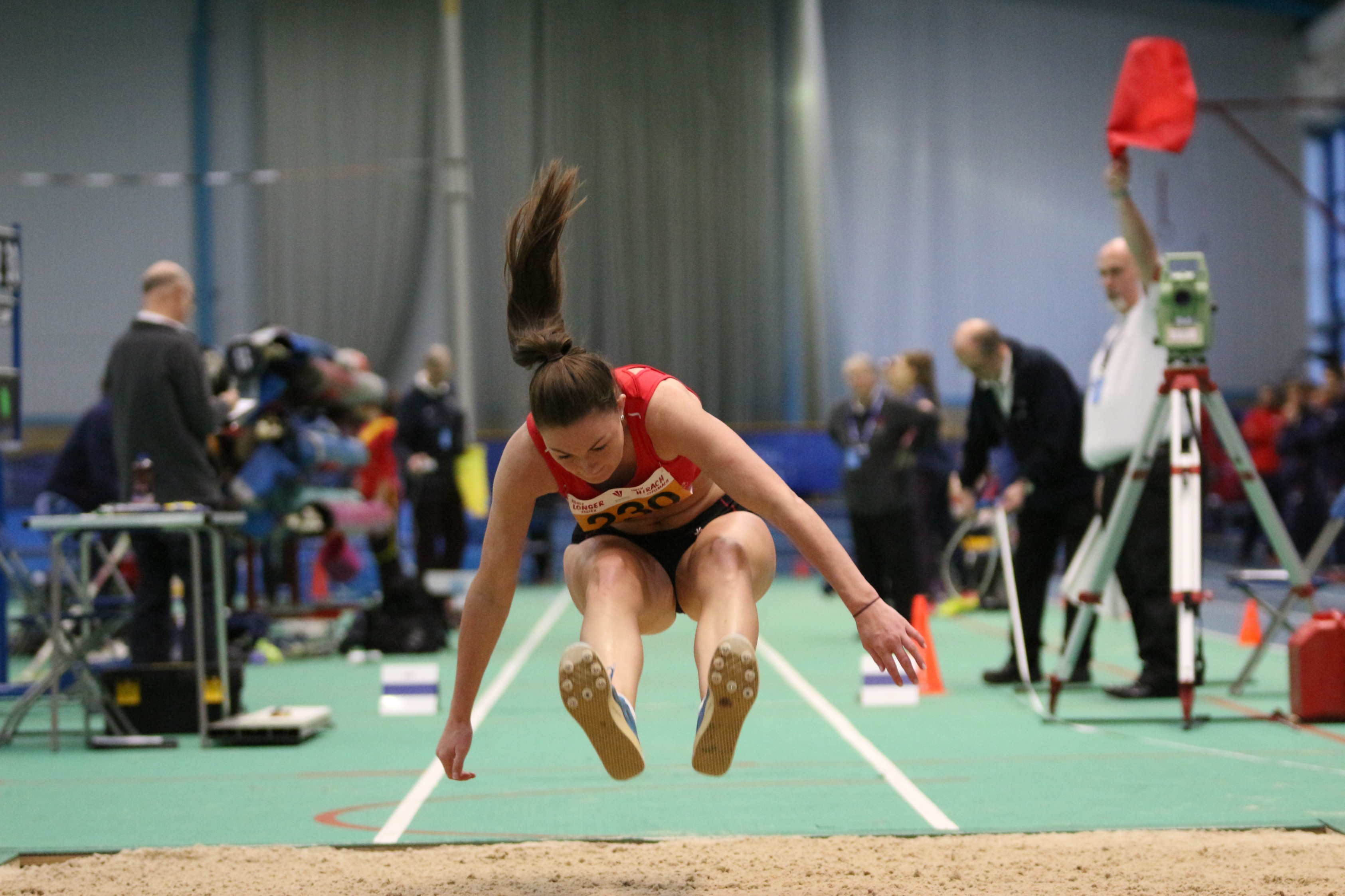 Not only did Sian Swanson win her 20th Welsh athletics championship title in Cardiff, she did so after breaking her toe just 48 hours earlier.

The Cardiff AAC stalwart leapt to victory in the triple jump at the National Indoor Athletics Centre on Sunday despite the handicap of a heavily strapped digit in her foot.

However, the PE teacher played down the significance of her injury when interviewed after receiving her gold medal.

“I had a few issues before the comp,” said Swanson casually. “I broke my toe on Friday. But the title means a lot to me so it was a case of ‘grit your teeth and get on with it’.

“Luckily it’s not an important toe, it’s one of the middle ones. It’s heavily strapped, I haven’t done anything weight-bearing for 36 hours. I’ve been icing it every two hours and just gritting my teeth. I’ll have a good week off now to recover.”

The Welsh title certainly does mean a lot to Swanson. Since making her Welsh Championships debut a decade ago, she has won 20 titles in the high jump and the triple jump, indoors and out.

Swanson said: “I started off in my teens as a high jumper. I won my first senior Welsh title at 15 and I have nine high jump titles between indoors and outdoors. Then I changed over to triple jump and this is my eleventh triple jump title.”

And Swanson has no intention of hanging up her spikes with her total on 20 as she also wants to take her personal best over the 12 metre mark.

“My goal was to do a decade as Welsh champion. Well now I’ve done that, I want to stay injury free and see if I can get a legal 12m.

Apart from her love of collecting titles, the PE teacher is also driven by her love of the sport and the expectations of her pupils at West Monmouth School.

“I absolutely love the sport and I love being competitive, especially with the kids behind me. They love it when I go back and they can say ‘my teacher is Welsh champion’.

“So it’s another year I can say, ‘yes, your teacher is still Welsh champion’.”