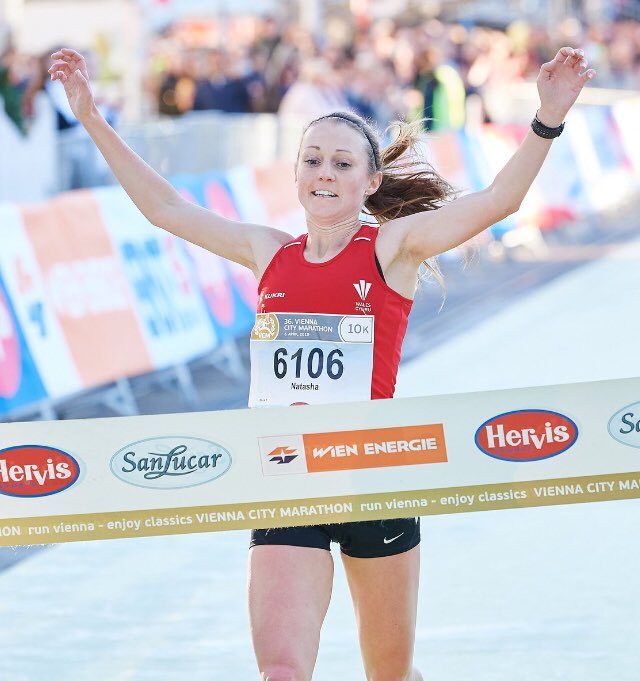 Natasha Cockram blasted to a new 10km pb in Vienna and could break her half marathon best.

Natasha Cockram is relishing her London Marathon bow this month after giving her preparations the ideal boost in Vienna.

The 26-year-old smashed her personal best for the 10km to win in the Austrian capital last weekend.

Cockram clocked 34 minutes 34 seconds as she won by nearly three minutes in what was a prelude race to the Vienna Marathon.

But it is the London Marathon on April 28 that is in her sights when she will line-up among the elite field after a stunning 12 months over the 26.2 distance since winning the inaugural Newport Marathon last April.

Cockram, who has battled back from a career-threatening knee injury, said: “That was a very good competition for me, ideal preparation for the London Marathon in three weeks.”

The Newport runner will be looking to improve on the marathon pb of 2:34.18 she set in Houston in January – putting her fourth on the Welsh all-time list – as she chases a place in Britain’s team for this year’s World Championships.

Exclusive: Let’s Face It, Time Is Right For Natasha To Fulfil Marathon Potential