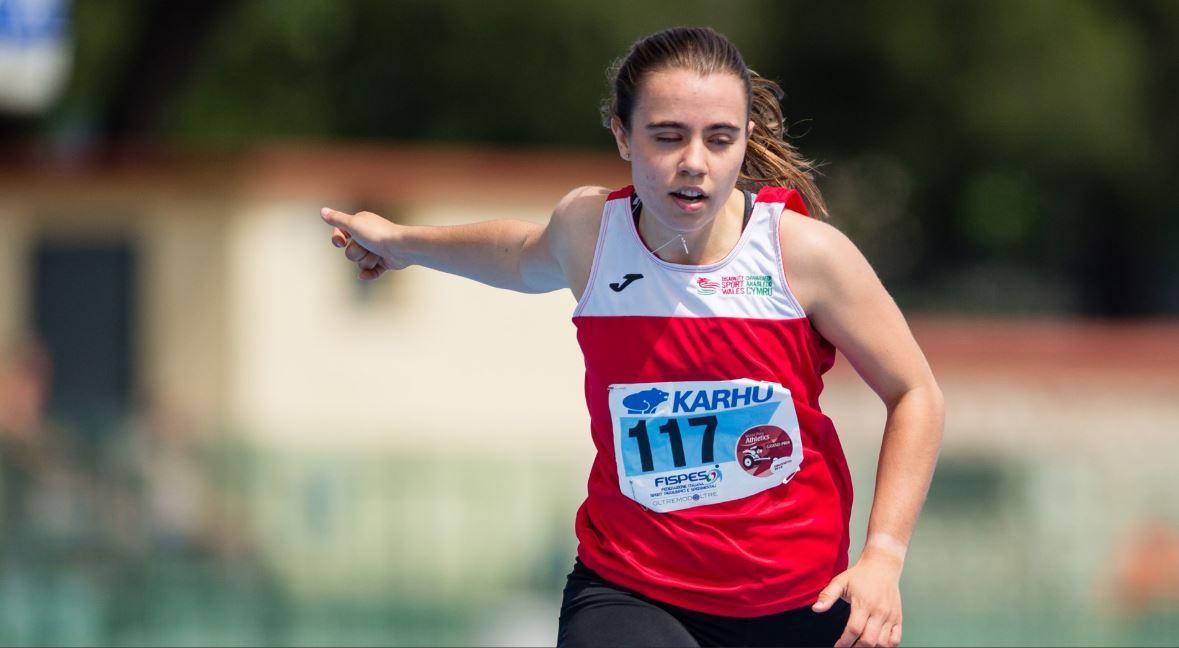 Kirsty Taylor led by example with silver in a huge PB time..

Competing in the Under-20 women’s T44-64 200m, the Caldicot sprinter was one of three GB athletes to strike silver as the action got underway in Nottwil.

With most events being mixed classification finals, Taylor’s medal was determined on Raza points, which is a method in Paralympic athletics for comparing times by athletes of differing levels of disability.

Running hard off the bend, Taylor ran a huge personal best of 30.01 to claim the silver medal overall on Raza points as the race was won by Ecuador’s Kiara Rodriguez.

The Disability Sport Wales Para Academy athlete, trained by Morgan Jones, said:“I am so happy. I ran a really big PB; I took almost a second off my previous best, so I am really pleased.

” I ran really hard from the start and just gave everything. My plan was to push hard through the bend and them come off nice and tall in the straight. I think I executed it well so I’m really happy.

“I have got a lot of support from the guys at Disability Sport Wales who are out here. When they told me that I had won silver, I was so happy. My family are here as well so it is just a great moment.”

Eden Rainbow-Cooper (Weir Archer Academy) and Abbie McNally (Inverness) also claimed silver for GB in the under-20 T54 400m and the under-20 T35-38 200m respectively.

Taylor will be back in action on Friday when she takes part in the 100m.

The championships run until August 4 and are streamed live on the World Para Athletics website.