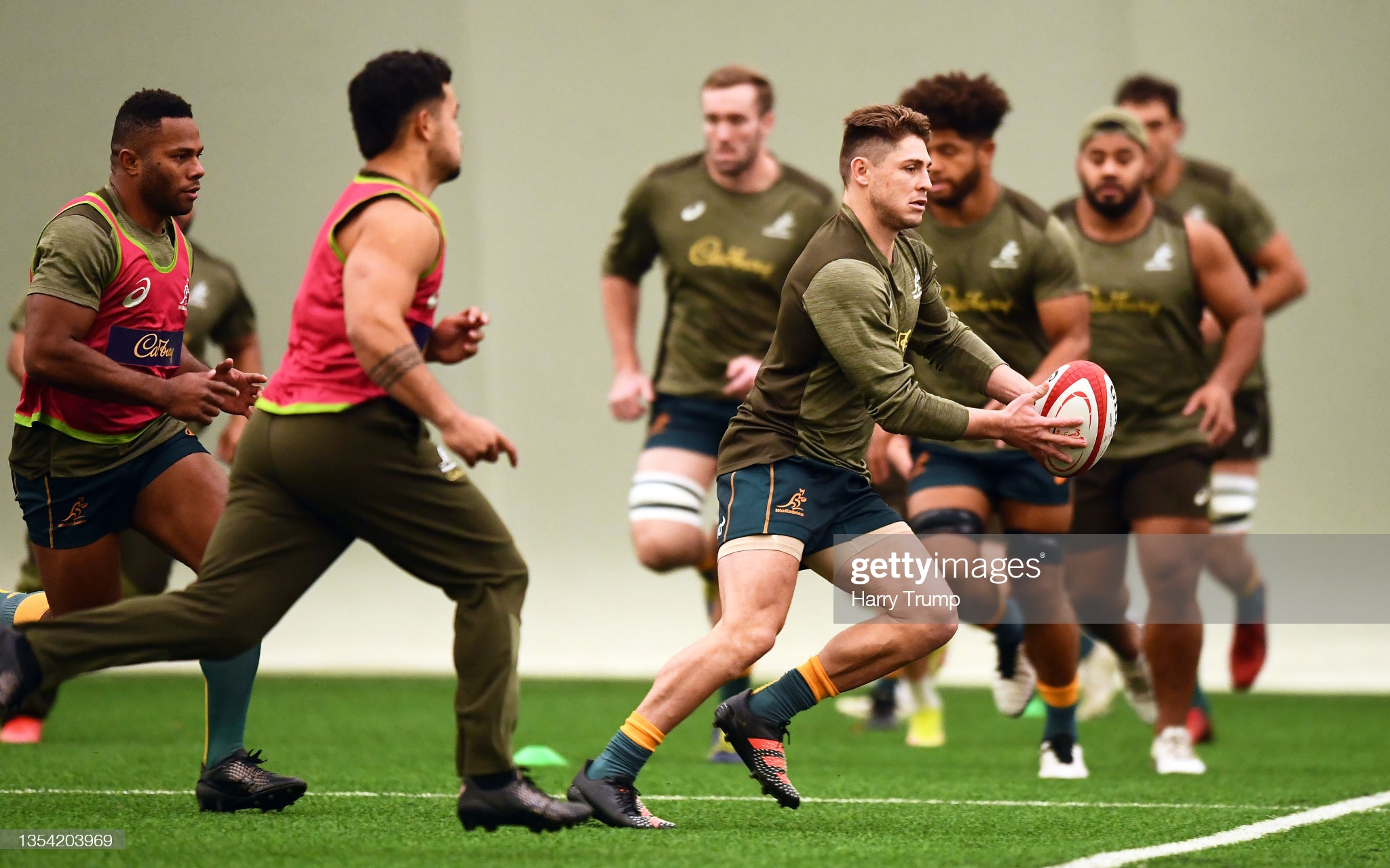 James O’Connor rates Cardiff as one his favourite rugby venues, but that won’t stop him wanting to silence the Principality Stadium on Saturday.

The Australia star has graced every leading rugby stadium across the world – plus one or two late night bars along the way – but a more mature version of the one-time wild child of the Wallabies will be out to deny Wales a major scalp of their autumn series.

O’Connor, now 31, first played in the Welsh capital over a decade ago but with periods overlooked or unavailable through selection policies, will earn only his 62nd cap in a match that will feature in extended highlights on S4C.

The Reds Super Rugby star has collected plenty of plaudits to go with the memories but says of a return to the Principality Stadium, “It’s an awesome place to play.

“It has an atmosphere which brings a lot of people into the city and there is a big buzz around the place.

“But we want to go out there and play and we want to play our style of footy. We’ve just got to get our balance right.

“It’s a very simple thing to say, but if we are all connected in that moment, then we’ll put a good effort on the field.”

O’Connor, who was generally used by the Aussies as a wing or full-back in his early days, made his Test debut back in 2008.

It was a year later he played in Cardiff for the first time, part of an Australian side that beat Wales 33-12 and by four tries to nil.

“It was all attack and we went all out. It was a great experience for me and I really enjoyed playing. I always enjoy playing at the Principality Stadium.”

These days, O’Connor has a playmaker’s role rather than a finisher’s, although his team have been unable to crate too much in back-to-back defeats to Scotland and England – 160 minutes in which they managed just two tries.

It’s a surprising decline at the end of 2021 for a team that managed five straight victories earlier this summer, including successive wins over world champions, South Africa.

“It’s two losses and we’ve all learnt big lessons from them,” insists O’Connor.

“This week is about putting it together. It’s about finding that balance of how we play and also playing the conditions.

“We want to finish the tour on a high. We’ve really built this year so we want to show the public what we can do.

One of the best try saving tackles you’ll ever see, James O’Connor 🙌pic.twitter.com/UqtbP1ypna

“If you don’t have the correct discipline and your foundations aren’t strong, you can’t win a Test match. The margin for error is so small.

“Back in the southern hemisphere it’s a lot quicker footy and there are more opportunities where you can pull the trigger and score tries.

“Over here, you only get a couple. If you aren’t ready to take those and you aren’t in the moment, then you are going to miss them.

Dave Rennie’s side will need all the knowhow they can get after their inspirational captain Michael Hooper was ruled out of the Wales encounter due to injury.

In Hooper’s absence, 113-times capped prop James Slipper will captain the side, but O’Connor insists there is an onus on all the senior players, including himself, to stand up and be counted.

“It’s obviously devastating to lose our captain but the boys are pretty excited,” said O’Connor. “There was a big roar when we were told James would be captain. He’s one of our leaders and in our leadership group. He’s been there and done it and he’s a very steady presence on the field.

“It’s credit to the hard work he puts in. He hasn’t played tighthead prop since 2012 so we asked a lot of him, but he delivered big time. He’s very authentic, he’s himself, he’s a great bloke, and we’re excited to have him lead us out for our last game this year. It’s just his job as normal for him.

“He’s usually using the guys around him to speak on detail. He comes in with a lot of emotion, but as far as we are concerned, he’s just a man of action. That’s what he does well.

“He does what he says and he puts his body on the line every week.”

Wales’ own experienced man of action, Dan Biggar, will line up opposite O’Connor as Wales bid for a third successive victory over the Aussies for the first time since 1975.

Australia wing Andrew Kellaway has warned his Wallaby teammates about the threat of the Wales No.10 if the tourists step out of line.

“If we let guys like Dan Biggar into the game with his kicking through penalties and ill-discipline, we are going to be on the back foot,” said Kellaway, who has created the same kind of buzz Down Under as Wales speedster Louis Rees-Zammit has done in Wales.

Kellaway has scored eight tries in 12 matches and like Rees-Zammit has been nominated for World Rugby’s Breakthrough Player of the Year award.

Extended highlights of the match between Wales and Australia in the Autumn Nations Series. Join Sarra Elgan, Gareth Charles and Rhodri Gomer at the Principality Stadium for all the action and analysis.