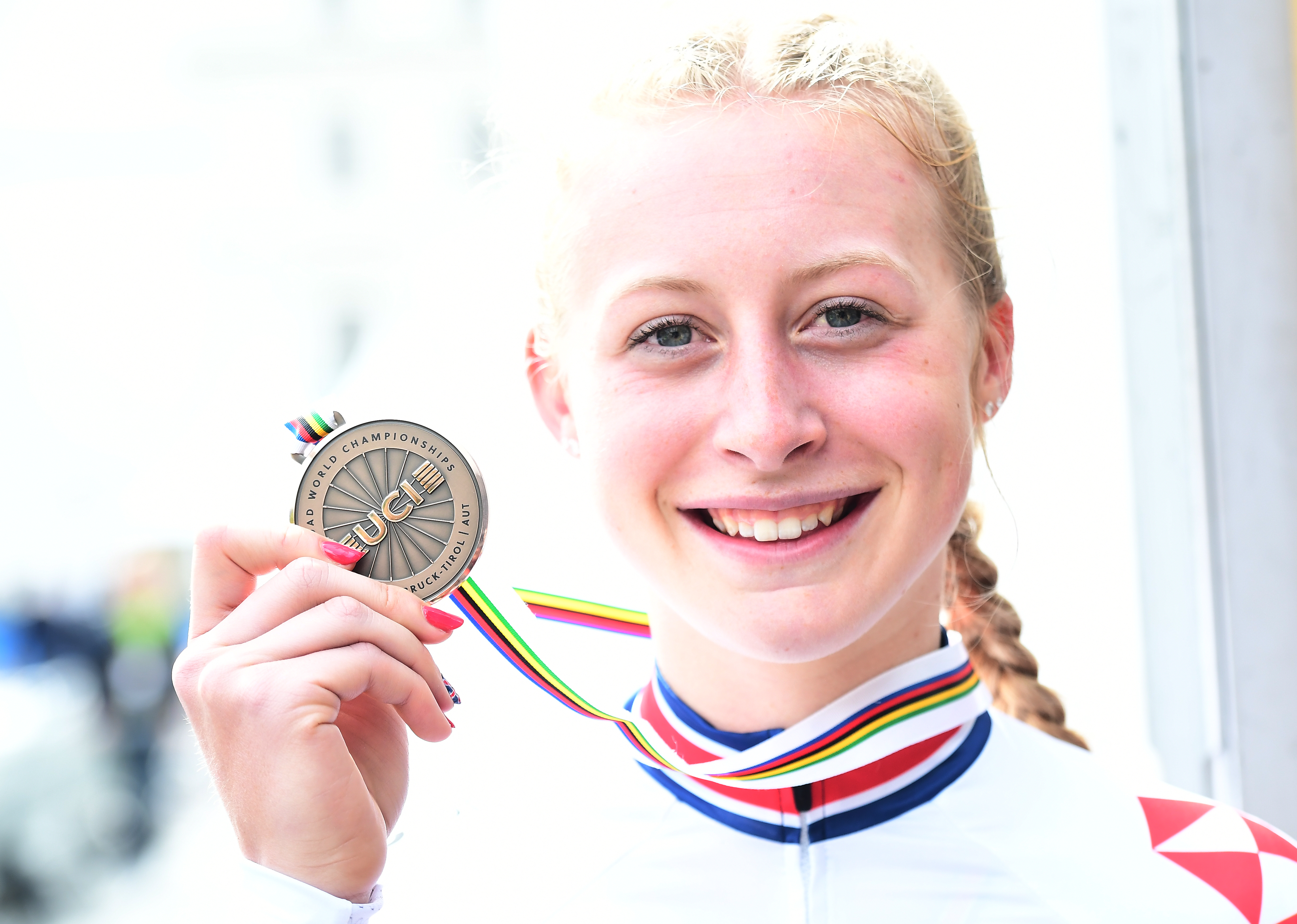 Elynor Backstedt celebrates her bronze at the worlds in Austria. Pic: Simon Wilkinson/SWPix.com

Elynor Backstedt underlined her potential with a stunning bronze medal in the junior women’s time trial at the World Road Race Championships in Austria.

The 16-year-old claimed the first medal for the GB team at the championships in Innsbruck where she will also compete in the road race.

“I didn’t really have any expectations, this is the longest time trial I have ever done,” said the Pontyclun-based rider whose father, Magnus, won Paris-Roubaix in 2004.

“I haven’t really been able to train properly because I’ve had glandular fever, so just to be here is over the moon and to get a medal has just topped it off – it’s just amazing.”

The Barnes sisters, Hannah and Alice, won gold in the women’s team time trial with their trade team Canyon-Sram on Sunday, but Backstedt’s bronze is the first medal for a rider in a British jersey at the eight-day championships.