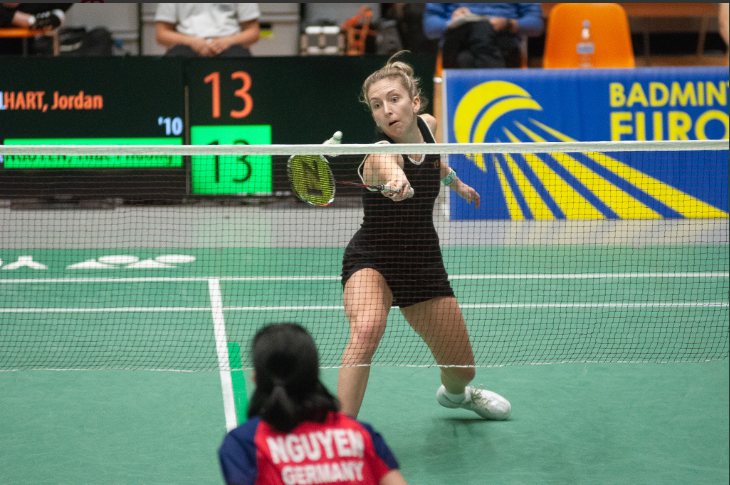 Jordan Hart scooped her third title in nine major tournaments this year when she won the women’s singles title at the Yonex Latvia International last weekend.

The Loughborough-based Welsh No 1 added the Latvian crown to those she won in Cuba and Jamaica in March as she moved up to an all-time high of 93rd in the world rankings.

That makes the 24-year-old from Pembrokeshire the third highest ranked player in the UK and 23rd in Europe. Only Scotland’s Kirsty Gilmour (26th) and England’s Chloe Birch (47th) are ahead of her domestically.

Her win in Jamaica, when she beat the Greek Ksenia Polikarpova, was her first International Series triumph and it came the week after she had lost out to the Thai player Porntip Buranaprasertsuk in the final of the Future Series in Slovakia.

Her only previous finals were in Lithuania last year and Poland in 2017.

High on confidence, she moved on to Cuba and won the Giraldilla tournament, where she beat Peru’s Daniella Marcias in the final, and then made it a hat-trick of titles last week by winning five matches in Latvia.

After battling back from a first game loss to Holly Newall, she beat the Scot 3-1 before disposing of Denmark’s Josefine Jensen, Finland’s Edith Urell and France’s Leonice Huet.

Those wins set-up a final showdown with Germany’s Thuc Phong Nguyen, who she over-powered 22-20, 21-18 to make it a hat-trick of titles.