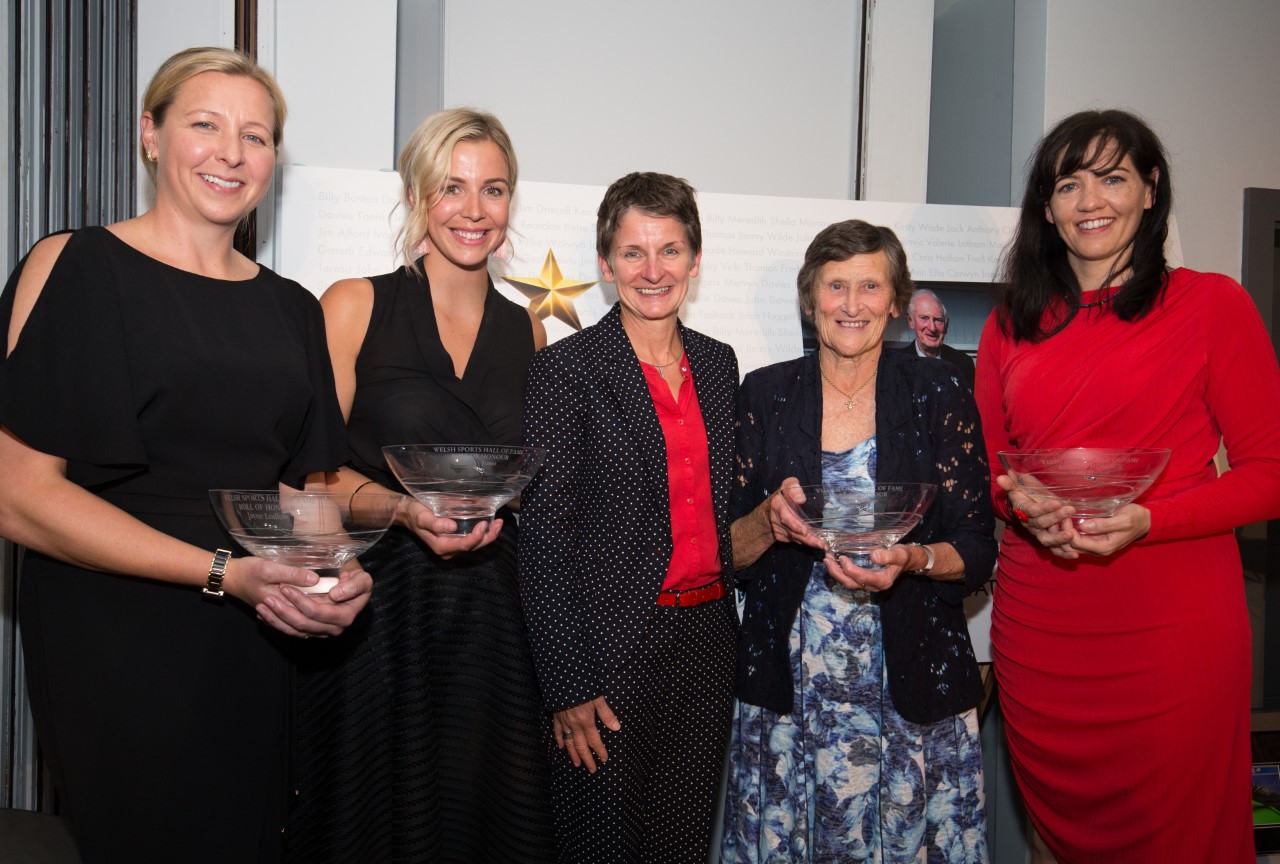 Becky James insists she has felt no pangs of regret over her decision to quit competitive cycling at the age of 25.

The double world champion and Olympic silver medal winner retired just under a year ago, explaining she had fulfilled her dreams after overcoming injuries and illness to reach the top.

James has since begun a baking business, but took time out to be inducted into the Welsh Sports Hall of Fame last week, along with four other new entrants.

It was an honour she claimed was unexpected, but despite reflecting on the abrupt end to her career the cyclist turned baker, turned coach, insisted: “After being inducted, it feels quite strange to be retired at the age of 25 and I have wondered whether I could have had a few more years in my cycling career.

“But, honestly, I feel like it was the right time. Everything is going really well in my life and I have no regrets.”

She added: “It feels very surreal, I didn’t expect it at all but I’m absolutely honoured.

“It makes it even more of an honour for me when I see the other inductees. I had a bit of inkling when my dad told me where we were off to as we were supposed to be having a family barbecue.
“It was interesting when he told me to dress up and head down to the village hotel, so it was very exciting. I’m so proud to be part of that list. Reading through the names from previous years, I would never have expected to be on that list.”

The Welsh Sports Hall of Fame ‘Roll of Honour’ has grown to 140 after the five new names were added to the most exclusive list in Welsh sport at the 29th annual dinner at the Village Hotel in Cardiff.

It was an event that celebrated the past, present and future of Welsh sport as the WSHoF’s new President, Lynn Davies, and Chair, Laura McAllister, hosted a night to remember for the 300+ guests.

Highlights of the evening were the emotional induction of Francis, the awarding of the Peter Corrigan Welsh Sports Media Award to Steve Bale, formerly of the Sunday Times, the presentation to the City of Cardiff of the first ‘Rhodri’, to commemorate the former Chair of the WSHoF, Rhodri Morgan, and then the addition of four outstanding women onto the Roll of Honour list.

The foursome from across the decades brought the night to a grandstand finish as they shared the stage with Laura McAllister to amply illustrate the outstanding success across so many sports of Welsh sportswomen.

“It was a truly fabulous night of celebration for sport and all that is good about it,” said McAllister. “It was a very special and proud moment for me to share the stage at the end with so many wonderfully successful Welsh sportswomen.”

As well as stars of old, the night also showcased the success of Laura Deas in becoming the first Welsh athlete to win a medal at the Winter Olympics, the achievement of her Team GB colleague Mica Moore in reach Pyeong Chang and highlighted the record-breaking success of Team Wales at the Gold Coast Commonwealth Games in April.

The youngsters were able to hear stories from WSHoF President from the 1968 Olympic Games, as he welcomed two of his British team mates from 50 years ago in sprinter Ron Jones and swimmer Dave Haller. There were also appearances from Roll of Honour members Non Evans (Rugby / Judo / Wrestling), who was celebrating her 44th birthday, Billy Boston (Rugby League), JJ Williams (Rugby Union), Sheila Morrow (Hockey), Davies and Jones (both athletics).