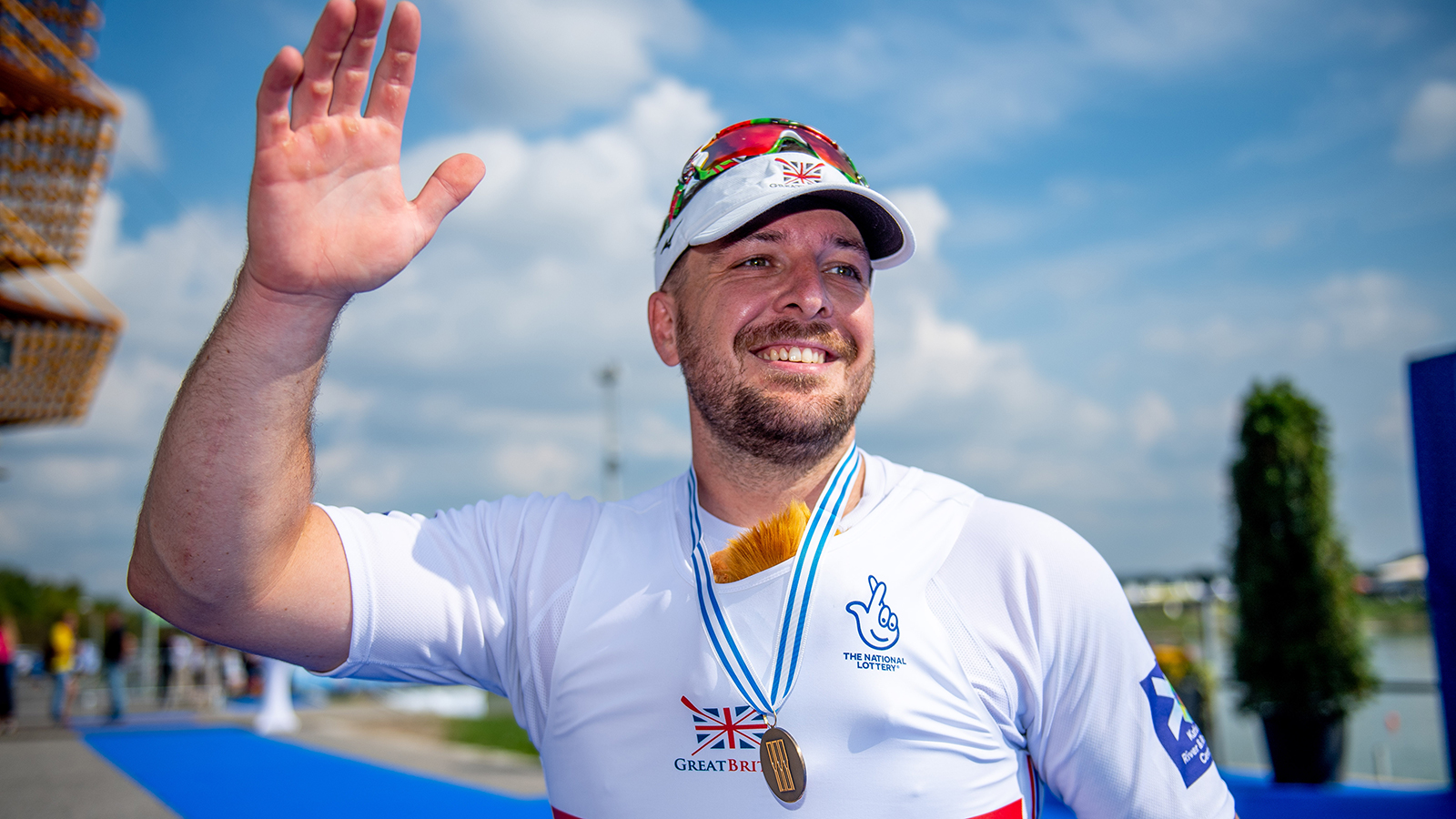 Ben Pritchard is looking to Paris 2024 after bagging his first medal at world level with bronze. Pic: British Rowing

Ben Pritchard plans on using his bronze medal at the World Rowing Championships as a springboard to the Paris Olympics in 2014.

The Swansea-born rowing ace’s first world medal in the PR1 Men’s single sculls added to the bronze he won at the Europeans in Munich in July.

There was also gold for fellow Welshman Harry Brightmore in the men’s eight while Graeme Thomas bagged bronze in the single sculls as Britain finished top of the medal table in Racice, Czech Republic.

Pritchard kept in touch with Ukraine’s Paralympic champion Roman Polianskyi who rowed down the early race leader, Italy’s Giacomo Perini who held on for silver.

“Right now, I’m disappointed I couldn’t get through Perini but I’m really happy with a medal,” said Pritchard.

“It’s the first medal for PR1 men’s in GB since 2015 at a World Champs, and I’m happy that we’re starting to get back on to the podium at these big events.

“Hopefully we can use this now to springboard towards Paris.

“The goal was to get the gold, but this is the closest I have been to the others this season. We will get there.”

“The first minute or so I was really calm and quiet. We knew we just wanted to stick to our race plan and not get caught up with what was happening around us,” Brightmore said.

“We had a great start, and when it came to about two minutes in, getting into the middle of the race, I gave a call to the guys, ‘let’s get some work on’.

“We started to eat away a gap that we hoped no-one could catch. Credit to the guys, who put absolutely everything in in that first three-quarters. We were clinging on for dear life at the end there but we managed it.”

Olympian Thomas said he drew on his vast experience to end his season on a high with bronze in the Men’s Single Sculls.

With five boats in a line to halfway, Thomas dug deep in the second half of the race to come home behind Germany’s Oliver Zeidler and Dutch European champion Melvin Twellaar.

“People say single sculling is a lonely game, and it can be at times, but I had every coach who has ever coached me out there in my mind, and every sculler I’ve ever rowed with in my mind.

“I was just thinking about all the little things to try and eke out as much out of myself I could.

“The magnitude of that race… it is the hardest race I have been involved in.

“Oli and Melvin are a class above me right now, and I never had the belief I could compete.

“To come in the single for the first time and get that medal… also, what a great job Great Britain has done here. I am absolutely over the moon.”

“A bronze in this event is like a gold. I don’t feel like I’m a big superhero athlete. It took everything I had to get there.”

Britain finished top of the 2022 World Rowing Championships medal table with 12 medals in total after adding a further gold and two bronzes on the final day on Sunday.

Louise Kingsley, British Rowing Director of Performance, said the performance built on early-season success at the Belgrade and Lucerne World Cups as well as the European Championships.

“It’s been fantastic to come here and demonstrate the standard that we’re at,” she said.