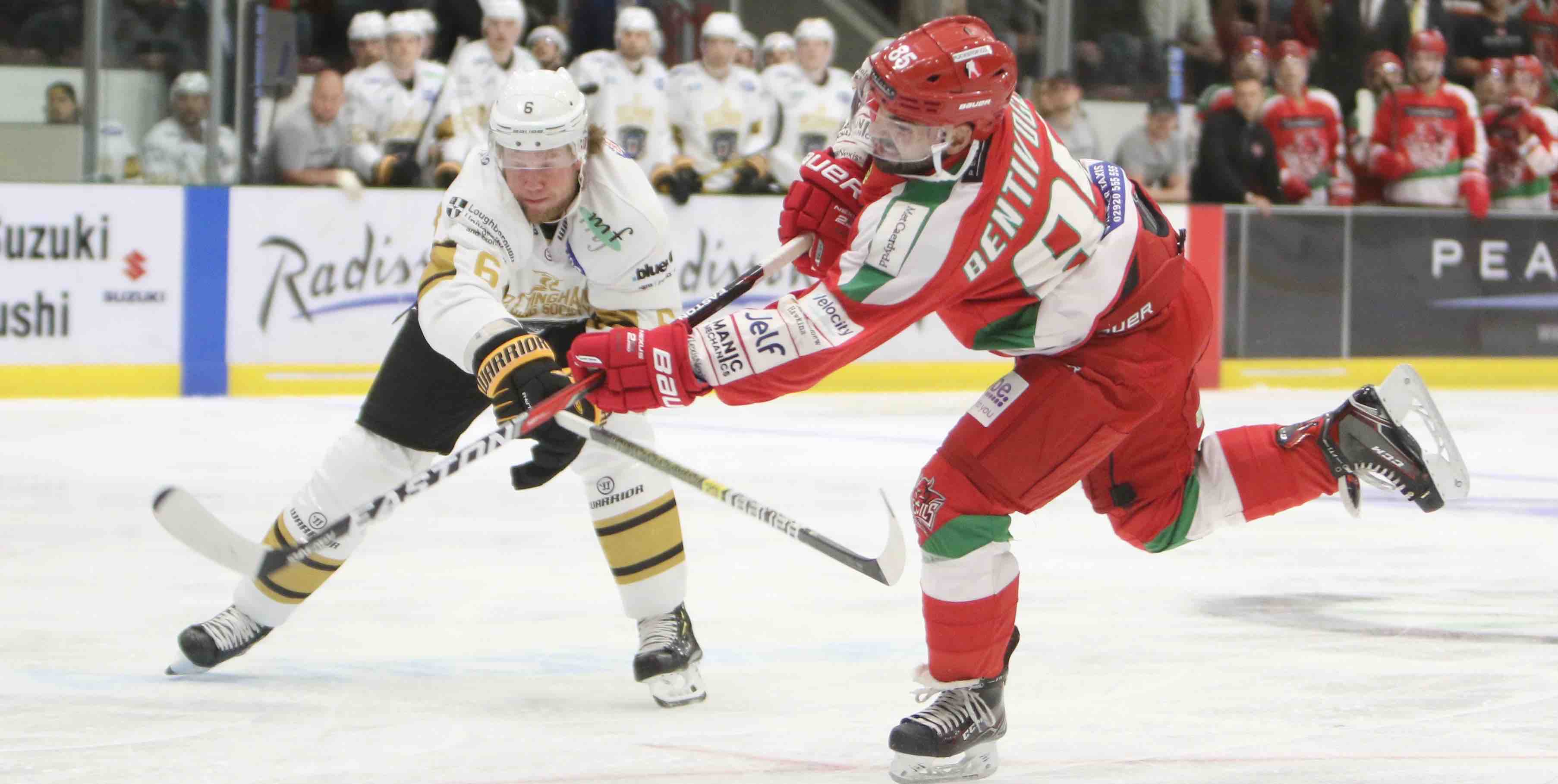 Benti is back – and the signing completes Cardiff Devils forward unit for 2019-20.

Sean Bentivoglio is returning for a fourth season in Cardiff and head coach Andrew Lord said: “Benti is a dynamic player with great playmaking ability and an excellent scoring touch.

“He’s formed a superb partnership with Joey Martin over the last few seasons and together they’ve been a dominant force for us.

“A great team player with lots of character and a proven winner.

“He is a great skater and competes in every area of the ice. Sean’s speed and skill-set make him dangerous every time he is out there.”

The 33-year-old joined Devils in 2016 after five seasons in Italy and has played 216 games across all competitions, recording 202 points (62+140) and won seven trophies.

Bentivoglio previously spent a season in Germany with the Augsburger Panther of the DEL, while he played more than 200 matches for American League Bridgeport Sound Tigers, the top affiliate of the NHL’s New York Islanders, before coming to Europe.

Devils now have a full roster of 12 forwards, although they could still sign an extra import.

Lord still has to name two defencemen and both will be new to Elite League. Devils used nine D-men last season and four of those – Mark Richardson, Mark Louis, Gleason Fournier and Bryce Reddick – have committed for next season.

Josh Batch will play a forward role in the new campaign, while Evan Mosey re-signed for Cardiff, but suffered a ligaments injury and will miss most of 2019-20.

Craig Moore is now with Glasgow Clan, Ben Blood is playing in Finland and Drew Shiestel has signed for Coventry Blaze.

While my wife is tired of me signing the Sean Bentivoglio song every weekend, I’m ecstatic that he’s back!! Let’s get this season going! https://t.co/ztsdb6gdW0