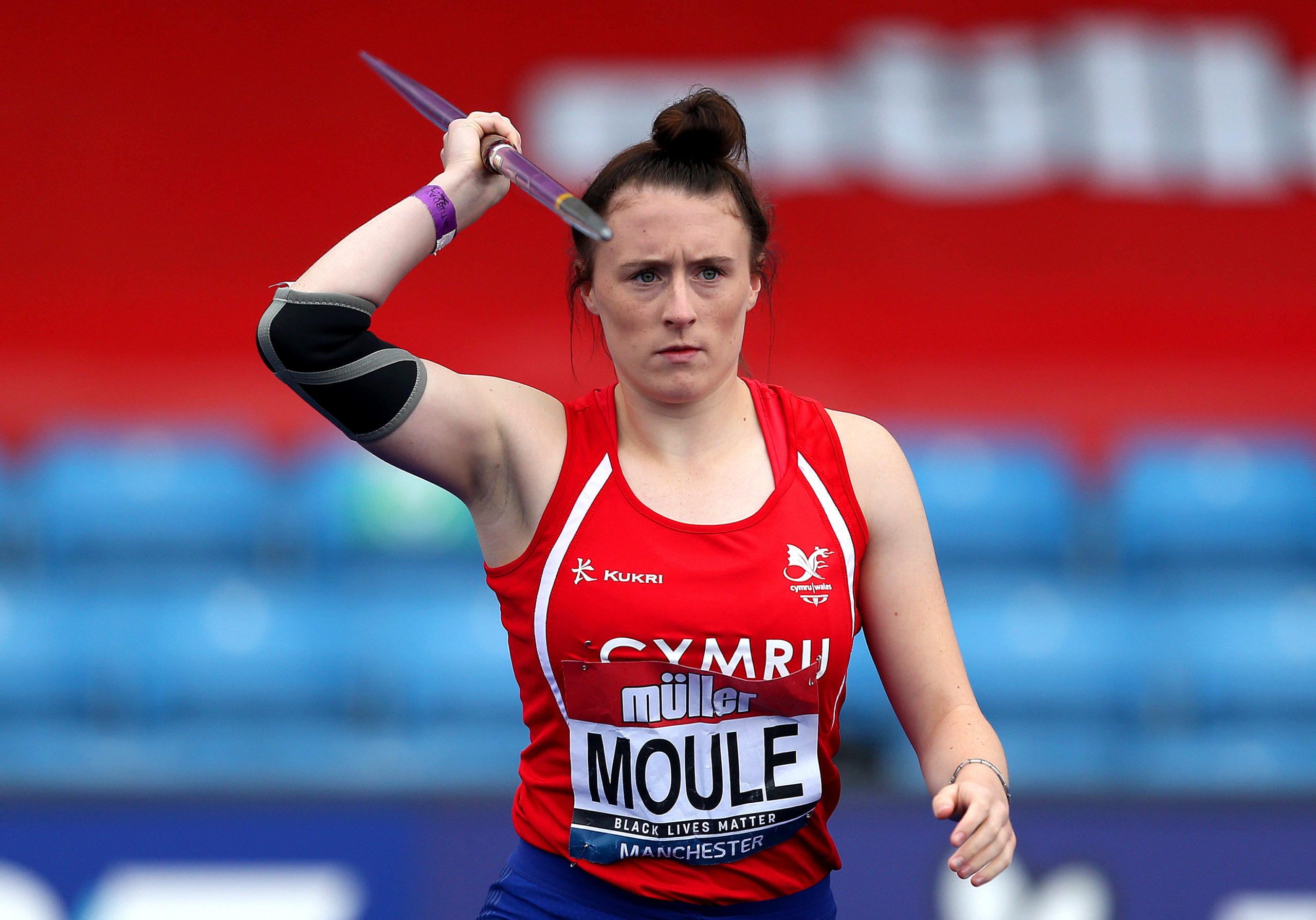 Bethany Moule claimed a new Welsh Under-20 javelin record as she won a bronze medal at her first Muller British Athletics Championship in Manchester.

The Neath Harrier, who missed out on making her debut at last year’s championship due to appendix surgery, produced her record-breaking throw of 51.27m in the third round.

Delighted Moule said afterwards: “It was a good competition. I started out strong and improved in each round until round three. But it felt nice.

“I’ve still a lot to work on but I’m happy. The conditions weren’t too bad, the track was quite slippy, but the wind was nice, not too strong.

“It’s my first British medal and the first time I have competed in Manchester, so very, very nice. To be able to maintain a focus, with everything being so uncertain, has definitely helped me with preparation.”

Moule’s medal-winning effort, beat the previous Welsh Under-20 record of 51.18 set by Bethan Rees, who finished fourth in Saturday morning’s competition at the Manchester Regional Arena.

The Cannock and Stafford athlete, who is the current Welsh Champion, produced her best throw of 49.32m in the last round of the competition which was won by Freya Jones, of Southampton, with a distance of 53.12m.

Lauren Cooper produced a brilliant run in the 3,000m steeplechase final, where she just missed out on claiming a medal as she finished fourth.

However, the Parc Bryn Bach athlete had the consolation of clocking a new personal best time of 10:27.57 in a race won by Sale’s Aimee Pratt.

There was a similar result for Cardiff-based Jake Smith in the 5,000m final. Running from the front in typical fashion, Smith took on the running in the early stages but eventually had to settle for fourth place, albeit in a new PB of 13:47.91.

There was another medal narrow miss in the men’s shot, where Gloucester’s Gareth Winter finished fourth with a best throw of 15.92m.

Huge congratulations to @LaurenCooperl7 finishing 4th in the 3000m steeplechase at the British Athletics Championships. She was just 2 seconds shy of the Welsh record. pic.twitter.com/VJBgDkBJoh

In the same competition, Kyron Duke, of the Disability Sport Wales Para Academy, threw a season’s best 12.34m as he finished eighth.

Cardiff’s Lauren Williams finished fifth in the 400m hurdles final, clocking 1:00.05, behind champion Jessie Knight who took the title in 55.80.

Beth Kidger took up the running in the early stages of the women’s 1500m final and still led at the halfway stage. However, the Brighton Phoenix athlete eventually finished 11th in 4:22.11 as Laura Weightman took the title.

In the men’s race, Cardiff youngster James Heneghan, who has enjoyed an excellent summer, finished 12th in 3:54.46, George Mills, of Brighton, taking the title.

Swansea Harrier Hannah Brier produced a season’s best time of 25.14 to qualify for the final of the women’s 200m, but injured a hamstring in the process, which meant she wasn’t able to take her place in the final.