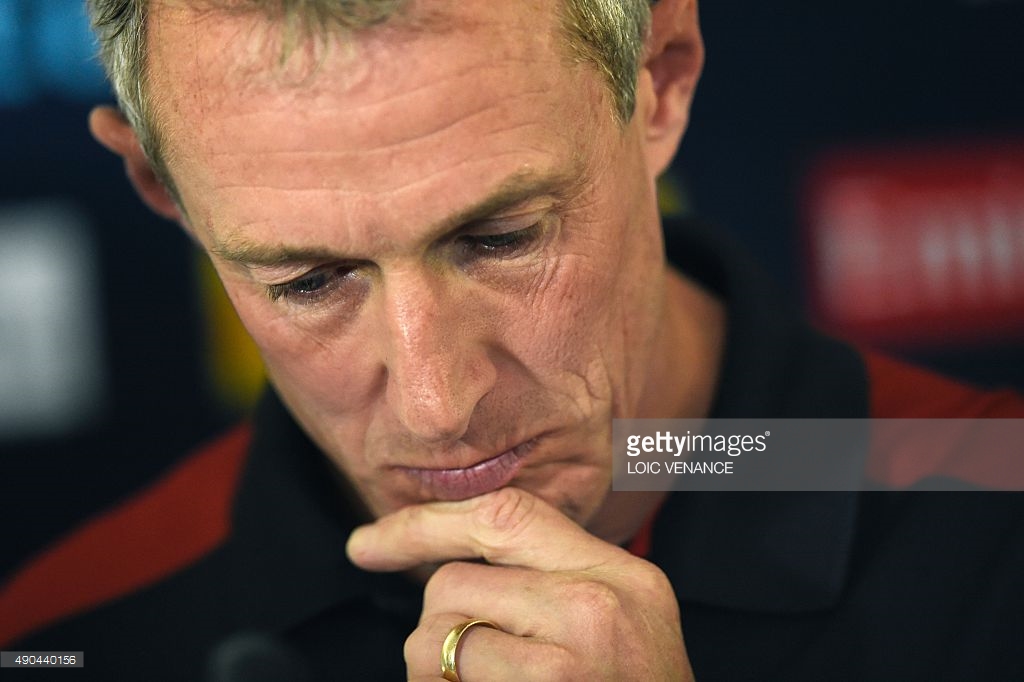 Wales’ World Cup plans have been thrown into turmoil after Rob Howley was sent home from Japan.

Howley is understood to have been betting on matches, and has been provisionally suspended from all rugby matter matters until a disciplinary hearing – essentially ruling him out from any participation in the World Cup.

He has worked alongside Wales head coach Warren Gatland since January 2008. The 48-year-old was always going to leave his role in the Welsh set-up after the World Cup, but his coaching future is now under scrutiny.

He has been linked with the vacant Italy job after the World Cup, but that role could now pass him by.

Howley won 59 caps for Wales and captained his country on 22 occasions in a glittering career which saw him play for Bridgend, Cardiff and Wasps.

As a coach he was assistant with the British & Irish Lions on three straight tours in 2009, 2013 and 2017. He has coached Wales on an interim basis on 20 occasions and led the team to the 2013 Six Nations title.

Howley attended Wales’ open training session in Kitakyushu on Monday, but he was not present at the team’s official welcome and capping ceremony later that evening.

Wales face Georgia in Toyota in their World Cup opener on Monday.

A Welsh Rugby Union statement read: “The WRU can confirm that Rob Howley has returned to Wales to assist with an investigation in relation to a potential breach of World Rugby regulation 6, specifically betting on rugby union.

“The decision was taken to act immediately in light of recent information passed to the WRU.

“No further details can be provided at this stage as this would prejudice the investigation. If required an independent panel will be appointed to hear the case.

“Rob has co-operated fully with our initial discussions and we would ask that the media appreciate this is a difficult and personal matter for Rob and that his privacy is respected before an outcome is reached.

“Warren Gatland has consulted with senior players and Stephen Jones will be arriving in Japan imminently to link up with the squad as attack coach.​​”