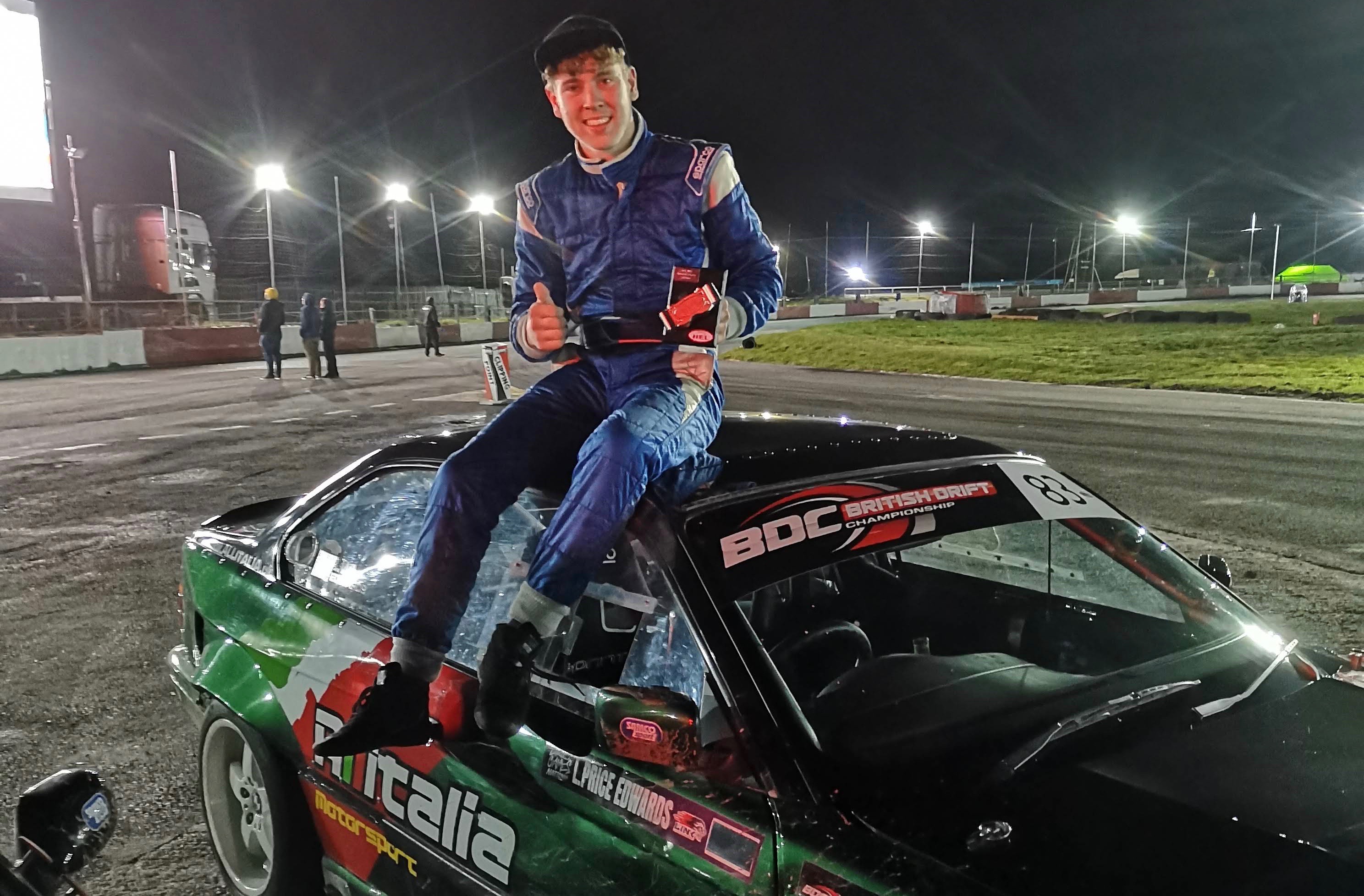 Lwi Edwards will move up to the Pro class and drive a unique world first Italian drift car in the British Drift Championship next season, having become Pro-Am champion in his first attempt this year.

A brand new Pro Spec car will be built by Allitalia Ltd over the winter months, which the 17-year old Wrexham-born driver will race in both the British and Irish Drift Championship, plus selected European events.

Having started competing aged 14 in the Formula 1000 Rally Championship, Edwards had his first taste of drifting two years later when he was treated to a day at the leading drift school, Learn2Drift, in December 2017 as a birthday present. Straight away it was clear that the teenager had an enormous amount of natural talent, and he was encouraged to continue in the sport. So much so that the following year he was invited to become an instructor with the company, contesting a few small competitions in a practice car.

“In 2019 we decided it was time to take it up a level and push into serious competition and Ireland was the place to go, where the level of driving is superior to the UK,” explains Edwards.

“After gaining a drift licence to compete in the Drift Games National Championship in Ireland in March, a more competitive car was built by the family company Allitalia Ltd with the intention of maybe finishing in the top twenty, but we exceeded all expectations.”

Indeed he did, for in the Drift Games Nationals, after four rounds against a field of top class drivers from Ireland, Edwards finished sixth overall in championship. He never failed to qualify outside the top 10 and he was in the top three by the end of the season. For these performances, Edwards was awarded the prestigious Drift Games Future Talent award.

From his results in Ireland, he received an invitation to contest the Pro-Am class in the British Drift Championship, a series he wasn’t planning to do. No-one in the championship was prepared for Edwards to achieve what he did – on the first event he came from a complete 17-year old unknown, and the youngest driver on the grid in a relatively low spec car, to qualify and finish eighth.

From then on, Edwards got better and better, with consistently strong results gaining him enough points to lead the championship. Round 4 saw Edwards win the ‘Hard Charger’ award and Round 5 witnessed his first podium finish, qualifying first and finishing third, although ironically on that day he dropped to second in championship!

“It was round six that turned out to be interesting,” added Edwards. “We qualified third and took another podium result with third in the finals – and that was enough to win the Pro-Am championship by one point. It’s been a pretty amazing season – to win the British Championship at my first attempt, against some very good and experienced drivers in much higher spec cars than mine, is quite an achievement.”

Already a drift champion and a star in the making, there is little doubt that 2020 will be a very exciting year for the young, talented and tyre-burning Lwi Edwards.