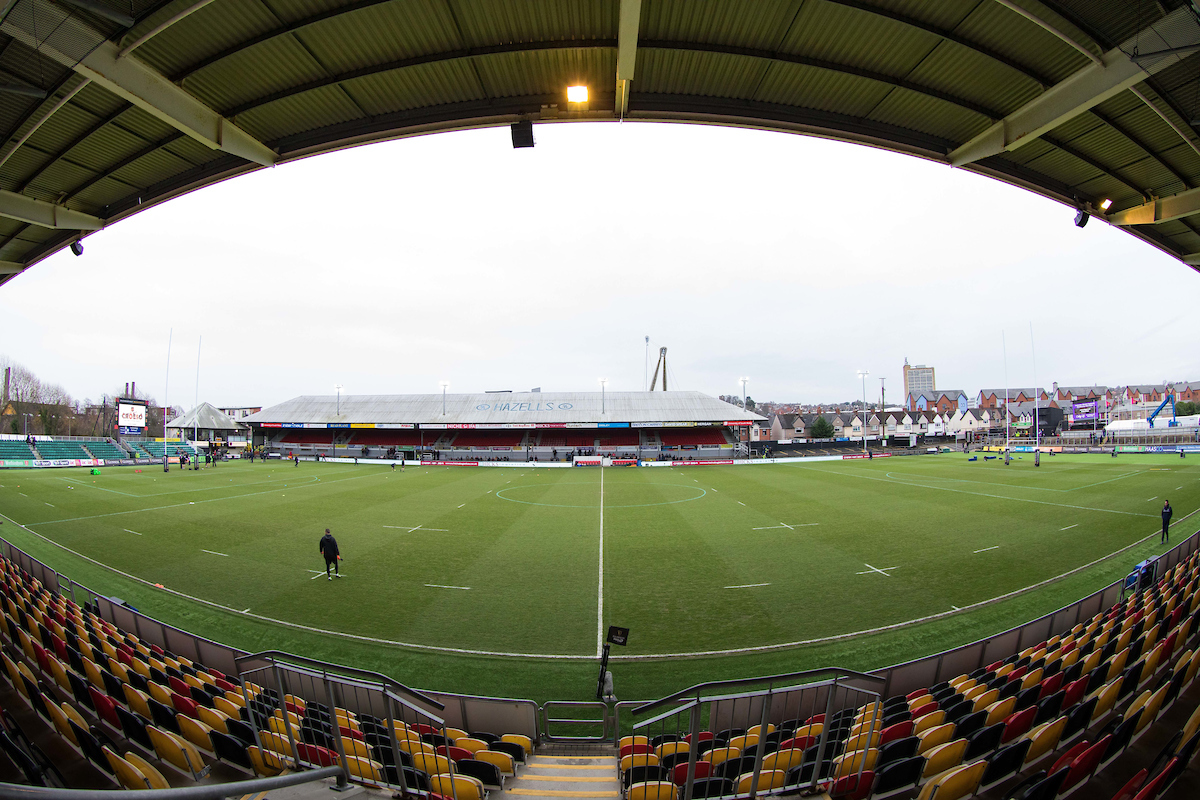 Battle lines are being drawn again at Newport, where the issue of rent is raising tensions between the regional organisation, the Dragons, and the club side, Newport. The old owners are now the tenants, which is a tricky problem to solve, says Robin Davey.

The very existence of the world famous Newport rugby club is in jeopardy as the result of a hike in the rent they pay to use what used to be their own Rodney Parade ground.

It’s a hike which they are highly unlikely to be able to afford as a mere Premiership club.

The ground is now owned by the Welsh Rugby Union who took it over 16 months ago, with primary professional users the Dragons on the verge of bankruptcy and needing that lifeline to continue operating.

The 145-year-old Newport Rugby Club and Newport County also use the ground, but have to pay rent in order to play on the hallowed turf.

Dragons chairman David Buttress says that up to now Newport RFC have basically not been paying their way and says they can no longer subsidise them, which has been the case for the past year or more.

Newport originally paid £700 per game, but are now being asked to pay £2,500 – a figure which includes ground staff, stewarding, kitchen staff and utilities. If they can’t afford to pay that sum the Dragons chairman suggests Newport may have to look elsewhere to play their matches, wherever that may be.

That has caused outrage among Newport fans and has provoked a real storm on social media.

“If they genuinely can’t cover the cost, then I would say to their fans and committee that they really need to think long-term about what the right sort of venue is for them.

“Is a professional venue right for you, if it is too much money for a stadium with a state-of-the-art pitch?

“If it’s not worth the money then you should probably have to think about what’s best for the future because you won’t get it cheaper and you won’t get a better operational team.”

“The agreement made it clear – and it’s been made clear to the Ospreys, Scarlets and Blues in relation to Bridgend, Llanelli and Cardiff – that as a regional franchise we are not able to subsidise our Premiership teams,” he said.

“We were all given a very clear message at a board meeting that after this season we are not able to provide subsidies.”

The announcement by the Dragons resulted in a storm of protest from Newport fans, and some from Dragons supporters, too.

“Whichever way you look at this it is morally unjust,” said one.

“I am ashamed that I was a shareholder who, as is now apparent, sold Newport RFC down the river. NRFC have done everything to help sustain the Dragons while their identity has been treated with disdain.”

Another tweeted, “Even if it’s true RP is not a suitable ground for that level of rugby, Newport RFC sacrificed everything so the Dragons could continue to exist. Got to leave a bad taste.”

A further one predicted doom. “Further insult heaped upon insult. The cuckoo pushes the rightful owner of the nest out. It’s certain death.”

And another – “The decision that was made saved the Dragons from closure yet they are being ousted from their beloved RP. They should have a lease to play there for life. Absolute disgrace.”

Some supporters will quit over this.

“I’ve been a Dragons/regional supporters from day one. Like many of the stalwart supporters I am at heart a Newport boy. NRFC gave everything, if the WRU screws them over, I’m gone. I won’t be alone,” tweeted one.

But others countered, “At the end of the day, that’s what it costs to run a game so if Newport don’t pay it then who do they expect to subsidise it?”

I have gone from supporting the Newport gwent dragons to not supporting the “dragons” to now actively supporting the teams they play…
All because of the way the black and Amber’s have been treated by the wru and the dragons.

And another admitted, “It is harsh but it’s business. Other teams have to run their grounds themselves so why should Newport be any different?”

Buttress himself made one reply on social media.

“I understand far too long the hard decisions have been fudged and it is a nonsense in my opinion to say it isn’t fair that NRFC pay the basic costs of playing at RP but not a penny more. I want to help and care, but my personal investment priority is the Dragons.”

Clearly emotions are running high on this issue and it’s fair to say that Newport and the Dragons have never been comfortable bedfellows.

It really is possible to see both sides here. Newport RFC owned Rodney Parade for all but one of its 145 years then found that they lost it, they claim, because the Dragons nearly went under and had to be rescued by the WRU which involved buying the ground.

Is upping the costs for Newport RFC all part of the Dragons end game? With us gone, and potentially County in a couple of years, and the Dragons losing £1m+ a season, there will still be some equity in the ground for the WRU to sell, make a profit and go to 3 teams?

Many fans feel bitter, claiming they have been shafted while all their Gwent Valley rivals retain ownership of their grounds or continue to rent it from their local authority.

They also question how it is that the Llanelli and Cardiff Premiership sides continue to be able to play at Parc Y Scarlets and the Arms Park, respectively, while Newport look like being kicked off their ground.

On the other hand, why should the professional organisation, in this case the Dragons, pay a large amount themselves for a semi-pro club to play there but not pay the full rate?

This is going to run and run and is the latest controversy to engulf Welsh rugby which is never really free from issues.

But it is deadly serious with a real possibility that one or more of Welsh rugby’s great traditional clubs will go under.